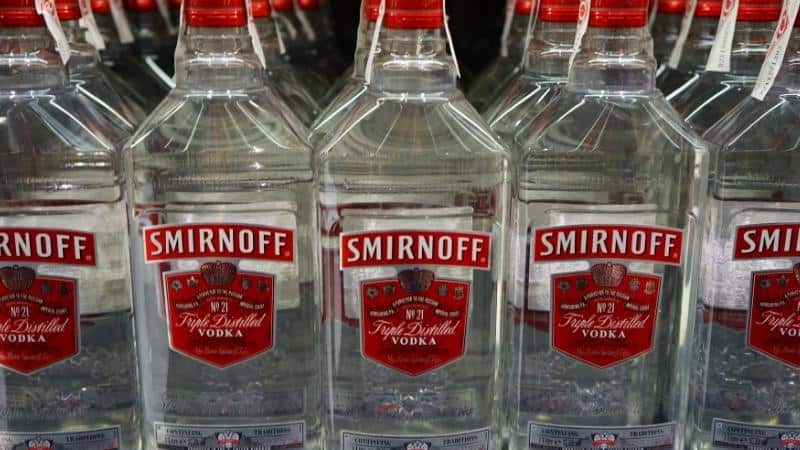 As vodka continues to dominate the liquor market, you might be wondering whether you’re missing out by ignoring this ever-popular spirit.

Vodka is something you can drink alone or use to enhance your drink. So if you are wondering what Vodka tastes like, here’s what I found!

Vodka tastes different depending on factors like base ingredients, distillery methods, and infusions. In general, vodka is subtler than most hard liquors and can taste anywhere from clear grain to citrusy, briny water. Some vodkas are also creamy, oily, spicy, or sweet. Additionally, vodka may emanate a fruity or cacao-like aroma or nothing at all.

If you’re interested in knowing more about what vodka tastes like as a plain drink and as an ingredient to your favorite drink, keep on reading!

How Do You Describe The Taste of Vodka?

Vodka does not have a singular taste. Any aroma or flavor present in vodka varies depending on brand, ingredients, and distillery methods.

Additionally, some brands use wheat, which results in a smooth and creamy texture.

Other ingredients can give vodka a citrusy, peppery, or sweet taste, with add notes that range from mineral and vanilla to grain and dough.

In most cases, vodka is subtler than most hard alcohol in terms of taste and smell, and could easily be compared to barley tea, but with additional spices.

What Does Vodka Taste Like For The First Time?

Vodka is widely considered an acquired taste, which makes it an unpleasant drink for a lot of first-timers. This rings true especially when it comes to plain vodka which can have a burning sensation when drinking.

Additionally, some people compare vodka to the taste of gasoline, while others liken it to hand sanitizer. On top of this, certain flavors may stand out more than the others depending on the vodka and your palate.

Good vodka is generally defined by how well it’s been distilled to remove the impurities from its base ingredient.

Better processes result in a smoother texture compared to its poorly produced counterparts, which gives an unpleasant burn after consumption.

Having been properly refined, good vodka possesses a definite taste. Often, it’s the base ingredient that drinkers would identify, alongside any prominent flavors added.

Vodka has an overpowering taste due to its alcohol content. Most vodka contains a proof of 80 and above, therefore making the high concentrations of alcohol the dominant flavor.

Additionally, vodka with an alcohol by volume (ABV) of 25 and lower is significantly weaker, and maybe more suitable for people with low alcohol tolerance.

Vodka is 60% water, and distilleries maintain this ratio throughout their production.

Since water is a crucial ingredient in vodka, the type of water used has a significant impact on what the vodka tastes like after it’s been mixed with ethanol.

Vodka can also taste more like water depending on how it is served. When consumed with ice, any distinct taste the ice has will be infused with vodka.

This is why it’s best to be careful about the type of water or ice mixed with vodka.

Nevertheless, vodka wouldn’t taste completely like tap or mineral water unless it has become dull due to age or it’s been diluted with water beforehand. 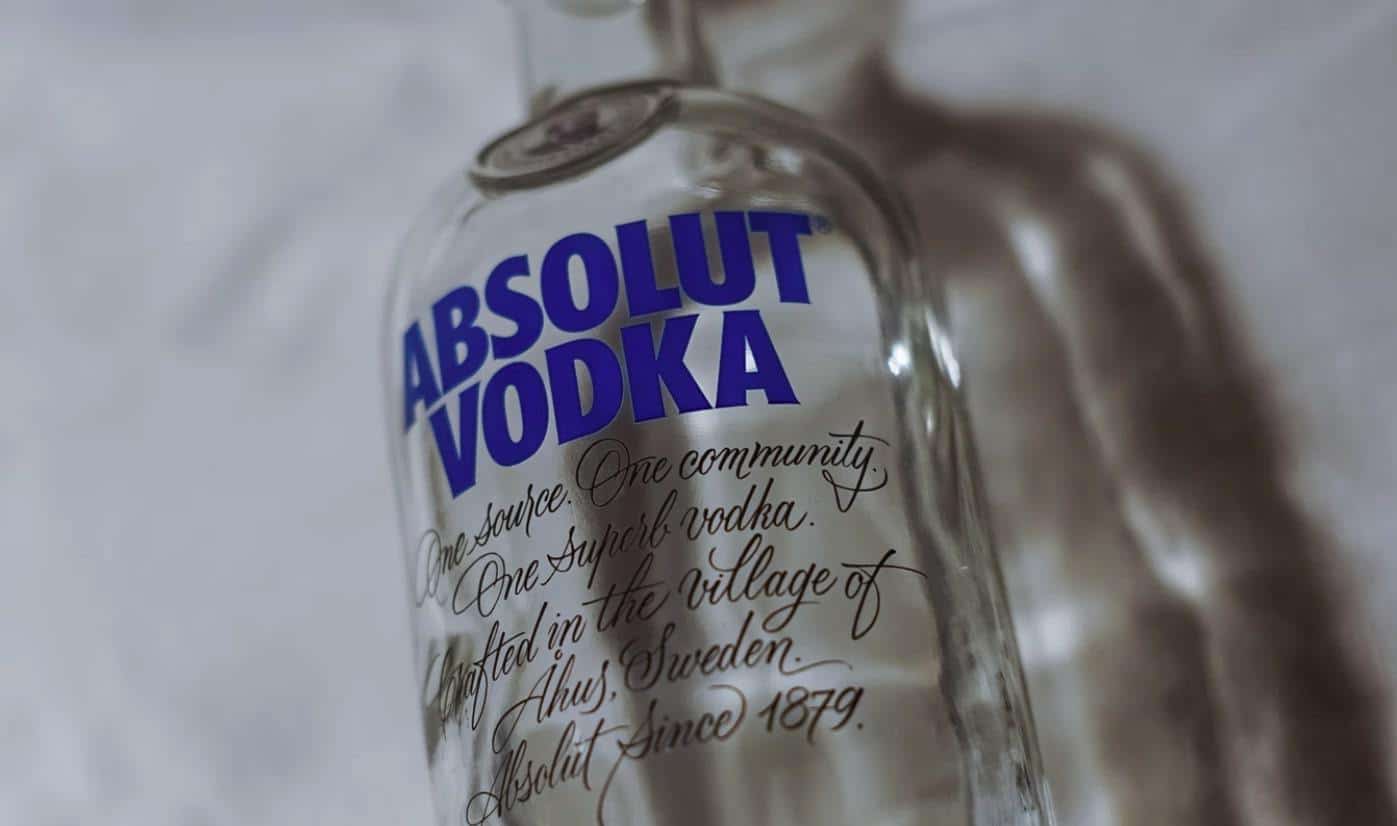 While the Bureau of Alcohol, Tobacco, Firearms, and Explosive (ATF) maintains that vodka is odorless, vodka distilleries and enthusiasts beg to differ.

In most cases, vodka has 40 percent alcohol, and since the 60 percent water is odorless, its dominant smell is ethanol. This is why its odor has been compared to things like rubbing alcohol.

Additionally, flavored vodka can be more aromatic, depending on what the vodka has been infused with. As long as alcohol has a larger ratio, however, it should be the prevailing odor.

Why Does Vodka Taste So Bad?

Vodka’s high alcohol content makes it distasteful to a lot of people Your choice of brand can also impact your experience with vodka.

Trying different brands and flavors may help you overcome any taste you don’t like. Furthermore, it could also take a while to acclimate your taste buds to vodka.

Good quality vodka shouldn’t taste like nail polish remover. Vodka could be likened to products containing alcohol in terms of scent, but the taste would be vastly different.

Both vodka and nail polish removers contain ethanol, but the rest of its ingredients and purpose vary.

If a vodka tastes anything like nail polish remover, it might be bootlegged. Contact authorities if you suspect that what you have purchased is indeed fake vodka.

If your vodka tastes like hand sanitizer, then it could either be fake or poorly made.

Vodka and hand sanitizers contain ethanol, but the distillery process and overall production is different. They should neither smell or taste the same.

Why Does Vodka Taste Sweet?

Sweet-tasting vodka is usually made from corn. If you find that your vodka is sweeter than the other vodkas you’ve tasted, check if corn is the main ingredient.

Since vodka is a combination of alcohol and water, taking out the alcohol would make it taste like distilled water.

Alcohol-free vodka is on the rise in the market, but not all of them promise to deliver the same punch that vodka has.

Zero-proof vodka could still be palatable, especially when infused with other flavors, but the experience would differ from drinking vodka that has 80 proof.

Vodka sauce is usually made from vodka mixed with tomato sauce. After cooking them together, the sauce would have an amplified aroma and herbal tastes.

Vodka’s alcohol content evaporates when cooked with tomato sauce, therefore eliminating any chance of it smelling or tasting like vodka.

What vodka does instead is release or enhance the existing flavors in the tomato sauce to make it taste even better.

Depending on the tomato sauce you use, the resulting vodka sauce could taste peppery, sweet, or slightly salty and spicy.

Vodka soda has varying tastes, depending on the vodka and the soda used.

When your vodka has sweet and fruity notes and it is mixed with flavorless soda, then the sweetness will prevail.

Likewise, the taste of flavored soda will dominate when mixed with plain vodka.

Additional citrus traits could linger if the vodka soda is further enhanced with fresh fruits.

Whipped vodka is a combination of whipped cream and vodka.

Its flavor is predominantly sweet thanks to the whipped cream. Vodka’s high proof makes the alcohol unmistakable, but it’s easy to swallow given the strong taste of whipped cream.

Vanilla vodka has a distinct sweetness that is likened to caramel and toffee, while still retaining the strength and subtle flavor of vodka.

Vodka tonic is a combination of vodka and tonic water.

When vodka is diluted with tonic water, the sharp tang of vodka remains, but now it’s bubbly and has sweet and bitter notes to it.

Depending on the brand of vodka and tonic water you use, their distinct qualities could affect your vodka tonic’s bitterness, sweetness, or sourness.

AU Vodka is a premium vodka brand with a smooth texture and a tangy aroma. When consumed, it gives a sharp warm kick thanks to its high alcohol content.

Smirnoff has a pure, clean taste with sweet undertones.

Since Smirnoff sells different flavors of vodka, the taste can vary in sweetness, and its texture could be anything from smooth to fizzy.

If you want to learn more about vodka, you can see our related posts on if vodka is tasteless, what Grey Goose vodka is made from, and whether or not vodka is a girly drink.

Vodka’s taste varies per brand. Certain base ingredients like corn give vodka a distinct sweetness, while those made from wheat would make it taste like baked bread.

Vodka could be citrusy, oily, grainy, and peppery, depending on several factors. Its aroma also ranges from pure alcohol to fruity.

You can infuse vodka with fresh fruits or mix it with a wide assortment of beverages. Vodka would easily adapt their taste for a richer and more flavorful drinking experience.