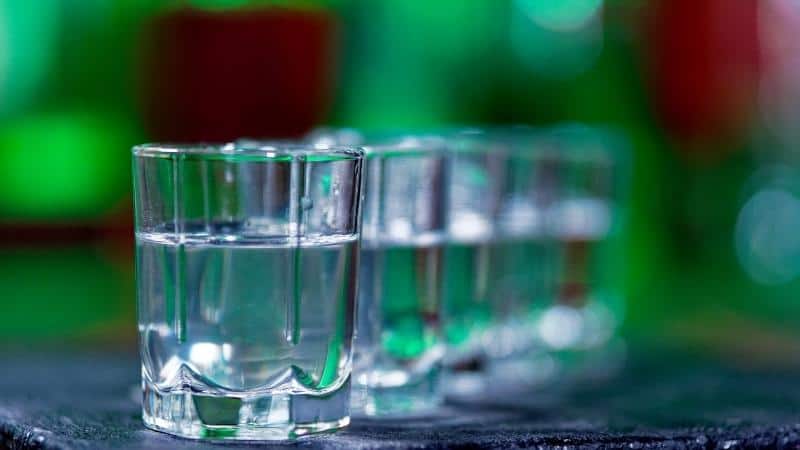 Vodka is made from water and ethanol, ingredients that are not known for having rich and distinct flavors.

If you still haven’t tried vodka and you’re on the fence about whether or not to give it a go, you might also be wondering if it is tasteless. Here’s what I discovered!

Vodka is supposed to be tasteless according to the Bureau of Alcohol, Tobacco, Firearms, and Explosives (AFT). Nonetheless, vodka connoisseurs argue that vodka is not entirely tasteless. It’s just difficult to enjoy vodka’s flavors because it’s often chased or used as a mixer. When consumed neat, you may be able to taste subtle hints of the vodka’s base ingredients.

If vodka’s taste or lack thereof has piqued your curiosity, keep on reading!

Is Vodka Supposed To Be Tasteless?

According to the Bureau of Alcohol, Tobacco, Firearms, and Explosives (ATF), vodka is supposed to be a tasteless and odorless spirit.

However, some distillers and vodka enthusiasts disagree, pointing out that different base ingredients and distilling methods produce subtle notes and textures.

On the other hand, there are figures in the vodka industry asserting that there’s nothing wrong with vodka being classified as tasteless.

They believe that enjoying vodka doesn’t have anything to do with taste. Rather, it is about meeting a demand for alcohol consumption without needing to endure any taste.

Regardless, the vodka you drink could be completely tasteless or have a subtle sweetness and grainy notes, depending on the brand you choose.

Does Vodka Have A Taste?

Whether vodka has a taste depends on how you drink your vodka and what brand of vodka you’re consuming. Ultimately, however, top-shelf brands are known to have the best tastes.

Apart from vodka’s neutral flavor profile, there are also biological factors that impact a drinker’s perception of vodka.

One of them is the fact that the mouth is constantly moist and when it comes into contact with the water and ethanol of the vodka, it has a difficult time sorting the vodka’s taste.

Additionally, ethanol is an irritant and because vodka typically has 40% alcohol content, you’ll feel the burn before you can enjoy its subtle flavors.

However, there’s a bigger chance of you enjoying vodka’s flavors when you stick to top-shelf brands like Absolut, Grey Goose, and Belvedere.

This is because top-shelf vodka brands are distilled better, thereby causing less burn and allowing you to enjoy a smoother texture.

In contrast, bottom-shelf vodkas aren’t distilled well enough to remove the impurities from their base ingredient and those create a poor mouthfeel and strong burning sensations.

With top-shelf vodka, it’s believed that you can detect elements from its base ingredients. For example, corn-based vodka has a sweet and buttery quality to it that mimics popcorn.

What Does Vodka Taste Like For The First Time? 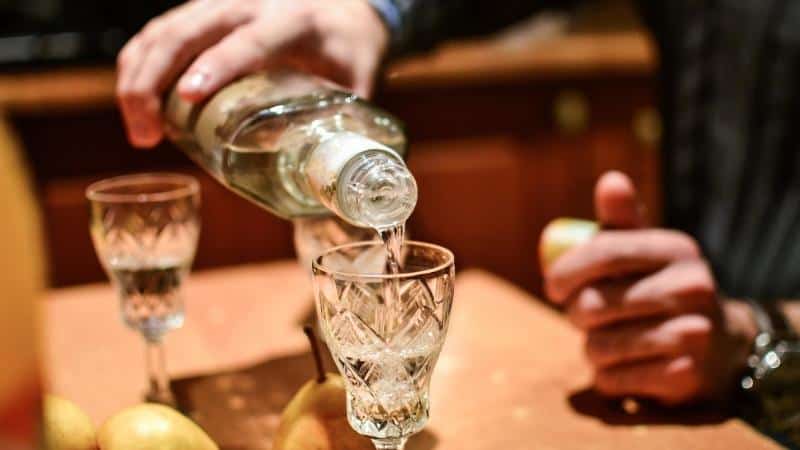 Your first time drinking vodka can be gratifying or unpleasurable, depending on the brand you choose and the way you drink your vodka.

In most cases, vodka is an acquired taste and people don’t like it on their first try. This is especially true with plain vodka because it’s mostly pure ethanol.

You might compare the taste to hand sanitizers or gasoline at first, but as you try more brands and familiarize yourself with vodka’s mouthfeel, you might detect more of its flavors.

Vodka’s taste depends largely on its base ingredient and the water used to dilute it.

Some of the most common base ingredients for vodka include wheat, rye, potato, grapes, corn, and barley. Some distillers use apples, sugar cane, fig, and rice.

Consumed neat, meaning there’s no ice, water, food, or beverages added to the vodka, you will acclimate yourself to the different tastes vodka produces.

A vodka made from barley is nutty and has spicy notes that linger. Vodkas made from corn are buttery, and those made from grapes have a citrusy taste with a honey-like sweetness.

Potatoes give vodka a creamy texture, and rye provides a mixture of sweetness and spiciness. Wheat is the most common ingredient and tastes mostly like wheat bread and aniseed.

In general, you can categorize vodka into three: Eastern style, Western-style, and flavored vodka.

Western-style vodkas have the most neutral tastes and they have intentionally created that way to adhere to government regulations.

In contrast, Eastern-style vodkas tend to retain the flavor of their base ingredient better not only because of the way they source their ingredients but their overall production process.

Lastly, flavored vodkas are those that have a stronger flavor profile thanks to the fruits, vegetables, and herbs they are infused with.

Contrary to popular belief, flavoring vodka is not a recent venture. Absolut released the first flavored vodka in 1986, and now there are dozens of flavored vodkas available on the market.

If you want to learn more about vodka, you can see our related posts on what vodka tastes like, if vodka has a smell, and whether you can smell vodka on your breath.

While vodka doesn’t have the richest flavors among distilled spirits, it isn’t entirely tasteless. But whether you can detect its taste and appreciate it is an entirely different matter.

Generally, vodka is known to be tasteless and odorless because the Bureau of Alcohol, Tobacco, Firearms and Explosives demands that it should be made that way.

Nonetheless, distillers and vodka connoisseurs insist that not all vodka is tasteless and if you drink them the right way, you’ll be able to appreciate the nuance of each brand.