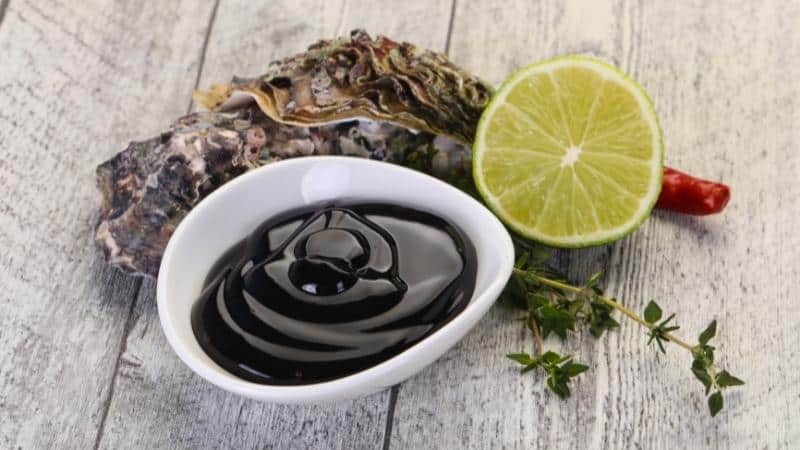 Whether you’re planning a trip to an Asian restaurant downtown or looking for new ways to spice up your dinner, oyster sauce may be one of the things you will encounter.

It is a common sauce used in a variety of dishes, from Thai to American-Chinese cuisine. But what exactly does oyster sauce taste like? Check out what I’ve discovered!

Oyster sauce has a salty, sweet umami taste with a hint of caramel undertones. Made from oyster extracts and other ingredients, it has a rich, meaty aroma instead of the expected fishy scent. Additionally, oyster sauce is versatile and has a unique flavor that can be used as an all-around condiment, dressing, or marinade.

If you’re curious about how oyster sauce tastes and how its flavors differ from that of other sauce varieties, keep reading!

Contrary to popular belief, oyster sauce is not very fishy. It is savory, briny, and full of umami.

Made from oyster extract, it certainly does have a slight fishy taste. But you won’t even notice it much because its sweet and salty flavors are more distinct.

In fact, when substituting the former with the latter in cooking, it’s recommended that you add sugar to the original recipe.

This is done to achieve the sweetness that oyster sauce gives and which soy sauce lacks.

Why Is Oyster Sauce Delicious?

Oyster sauce is packed with the right combination of sweet, salty, and umami tastes.

Its complex flavor and hints of caramel undertones are what make it unique and palatable.

Why Is Oyster Sauce So Salty?

Oyster sauce is salty because it is made from concentrated oyster extract mixed with salt, sugar, and occasionally, soy sauce.

While it is flavorful, it is not overwhelmingly salty unlike other sauce varieties such as fish sauce and dark soy sauce.

Oyster sauce has a subtle aroma rather than being fishy even though it is made of oysters.

It has a rich, fresh scent with a hint of meat. It does not reek of fish or the ocean at all.

Oyster sauce originated from China and has a pleasantly sweet flavor combined with subtle saltiness. It has an earthy, savory taste.

It is widely used in Chinese cuisine and goes well with stir-fry, meat, noodles, and stew.

Vegetarian oyster sauce tastes just like regular oyster sauce but has the advantage of being made from vegan-friendly ingredients.

In particular, it is made from mushroom extracts, sourced from an oyster or shiitake mushrooms. This variety tastes like the real deal, minus the use of animal by-products. 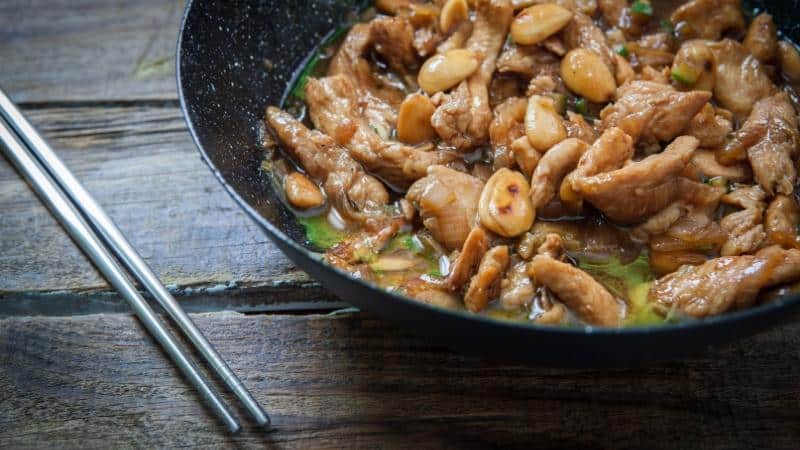 Chicken in the oyster sauce gives an aromatic flavor that has the right mix of sweet and savory.

Oyster sauce is an all-around seasoning that can be used as a marinade or a stir-fry dressing. It provides a rich, umami flavor that isn’t overwhelming.

Are Fish Sauce And Oyster Sauce The Same?

Oyster sauce and fish sauce are both strong in flavor and made from seafood. However, the similarities end there.

Oyster sauce is thick, syrupy, and brownish-black in color. It also boasts a sweet and slightly salty taste with hints of deeper flavors.

On the other hand, fish sauce has a thin, watery consistency that is reddish-brown in color. It is very salty and has a strong fishy taste.

Eel sauce is not made from seafood, so it does not have any fishy aftertaste. It has a subdued rice wine flavor rather than the briny undertones of oyster sauce.

Oyster sauce and hoisin sauce may look similar at first glance, but they are entirely different when it comes to flavor.

Although both originally came from China, oyster sauce is thicker, saltier, and has a mild ocean flavor.

On the other hand, hoisin sauce is sweeter and has a reddish-brown hue. Made from fermented soybeans, it has a western barbecue taste.

Oyster sauce and Worcestershire sauce have many similarities, but the taste is not one of them.

Worcestershire sauce has a lot of different varieties but it is mainly sourced from anchovies. It has a strong but savory saltiness with a little fruitiness in the mix.

Meanwhile, the oyster sauce has stronger umami and is thicker in consistency. It is mainly used in Asian cuisine, while Worcestershire sauce is of Western tastes.

Due to this difference in flavor, oyster sauce is mainly used as a dressing or a marinade while the fish sauce is utilized as a condiment.

No, the oyster-flavored sauce is different from the oyster sauce.

Traditional oyster sauce is made from organic ingredients, mainly oysters that are boiled for hours on end. It yields a paste that has a remarkable aroma, rich in flavor and umami.

Oyster-flavored sauce might taste similar to the traditional one, but it has more preservatives. It contains oyster extract, soy sauce, salt, food coloring, and cornstarch.

Oyster sauce has the right mix of sweet, salty, and umami taste. It has a distinct combination of flavors and is widely used by chefs and cooks around the globe.

Its unique taste makes it a versatile seasoning that can be incorporated into different cuisines.