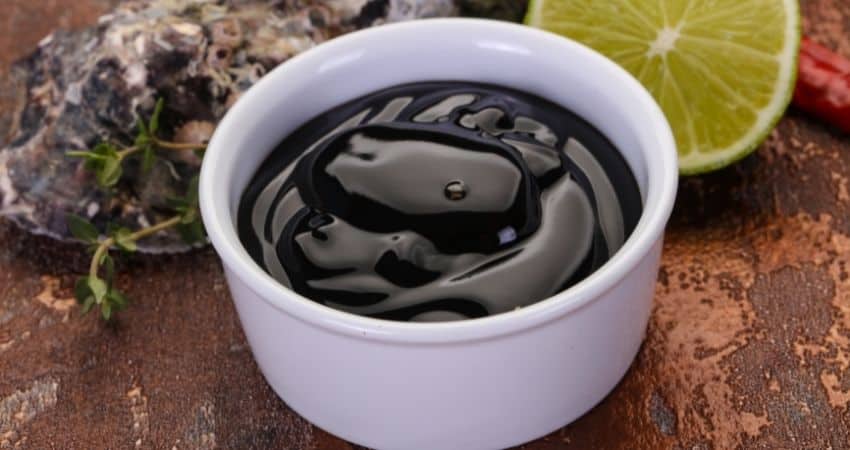 Oyster sauce is a tasty and dark sauce that is used to add color and flavor to tons of dishes thanks to its unique texture and flavors.

However, those who are allergic or sensitive to shellfish may be wondering if oyster sauce contains shellfish. I did the research, and here is what I found!

What Does Oyster Sauce Have In It?

Oyster sauce’s ingredients can vary based on the manufacturer, but most oyster sauce recipes involve oyster juices, sugar, and salt to create a savory, earthy, sweet, and salty flavor profile.

Some other ingredients manufacturers like to add to oyster sauce include

Does Oyster Sauce Need To Have Oysters?

However, there are vegetarian and vegan alternatives to oyster sauce, but they cannot be called “real” oyster sauce.

Can You Eat Oyster Sauce If You Have A Shellfish Allergy?

You cannot eat oyster sauce if you have a shellfish allergy because the primary ingredient of oyster sauce is oysters, which are a type of shellfish.

People who are sensitive or allergic to shellfish come in contact with shellfish can develop anywhere from a mild to a severe allergic reaction.

Since the oyster sauce is often consumed, there is a high chance that people sensitive to shellfish can develop a severe allergic reaction from eating oyster sauce.

Generally, vegetarians cannot eat oyster sauce because oysters are a type of seafood and a part of animal flesh, and seafood is not allowed on a vegetarian diet.

However, pescetarians, which are people that do not eat animal flesh except for seafood, can eat oyster sauce.

Similar to vegetarians, vegans cannot eat oyster sauce because the oyster sauce has oysters, and oysters are animals.

Even though oysters may not make sounds of pain, vegans focus on being cruelty-free, which means they do not consume any animal product or animal by-product.

Can You Be Allergic To Oysters And Not Shrimp? 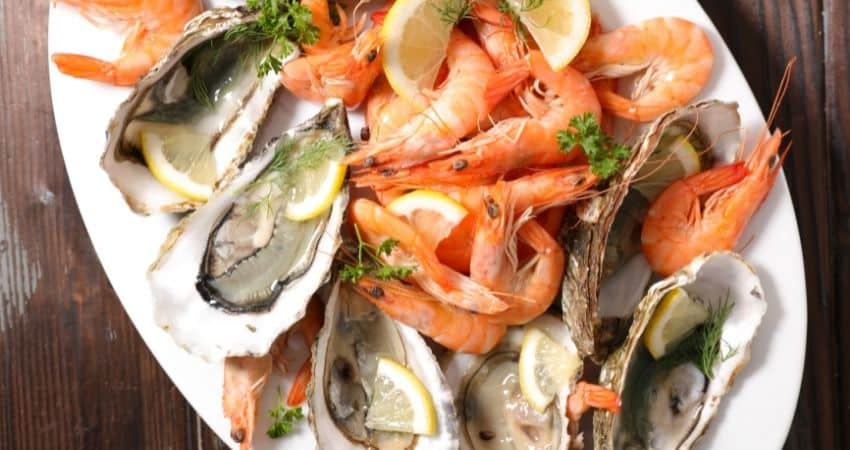 It is possible to be allergic to oysters and not shrimp since most people have allergies to shellfish within the same class.

For instance, shrimp and crab are considered crustaceans, so people who are allergic to shrimp may also be allergic to crab but not other forms of shellfish.

If you do not have a shrimp allergy but notice you have an allergic reaction to oysters, you may be allergic to shellfish like oysters and not allergic to crustaceans like shrimp.

Can I Use Hoisin Sauce Instead Of Oyster Sauce?

In most cases, you may opt to use hoisin sauce instead of oyster sauce if you want a shellfish-free alternative to oyster sauce.

Hoisin sauce is a thick, dark, and fragrant sauce made from fermented soybean paste, spices, and flavorings.

Normally, hoisin sauce has a savory, salty, and slightly sweet flavor, which is why you can use hoisin sauce interchangeably with oyster sauce in most recipes.

While the exact ratio can vary, you can use an equal 1:1 ratio of hoisin sauce to the oyster sauce for many dishes.

Additionally, most hoisin sauces do not contain any animal products or animal by-products, making most brands of hoisin sauce vegetarian and vegan-friendly.

Can I Use Soy Sauce Instead Of Oyster Sauce?

You can use soy sauce to replace oyster sauce in many recipes if you are looking for a way to add darker colors with savory and salty flavors.

While soy sauce gives you the saltiness and savoriness you need, you will not get the same salty or earthy flavor from soy sauce.

Moreover, soy sauce has a much thinner consistency than oyster sauce, so you may not be able to coat or color your food with soy sauce as well as you would with oyster sauce.

However, there is one type of soy sauce called sweet soy sauce, which has a much thicker and stickier consistency similar to oyster sauce.

Keep in mind that sweet oyster sauce is noticeably sweet, and most sweet soy sauces are much sweeter and fragrant than oyster sauce.

Similar to hoisin sauce, vegans and vegetarians may also use soy sauce instead of oyster sauce because soy sauce does not have animal or animal by-products.

What Oyster Sauces Contain No Shellfish?

Generally, you will have to look for oyster sauces that state they are vegetarian or vegan if you want an oyster sauce that does not contain shellfish.

Mushrooms contain a deep and savory flavor that can somewhat mimic oysters, so Wan Ja Shan’s vegan oyster mushroom sauce can be a great substitute for real oyster sauce.

Oyster sauce contains shellfish since oysters are its primary ingredient, and oyster sauce was discovered when oyster soup simmered for too long, creating a thick and dark sauce.