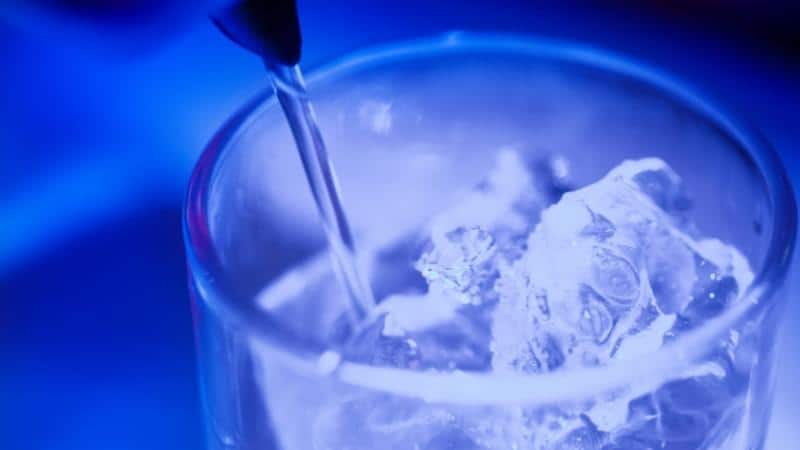 Vodka is a strong liquor with an equally strong reputation. Due to its high alcohol content, there’s a possibility that you’ve been drinking it only in cocktails until now.

If you’re interested in drinking it neat or diluted in water, you might be wondering what regular vodka tastes like and whether it’s sweet. Here’s what I discovered!

Vodka has subtle flavors that can be difficult for first-time drinkers to detect. But if the vodka you’re drinking is made from corn, apples, or maple syrup, then you might be able to taste a subtle sweetness. However, vodka isn’t typically sweet unless it’s flavored.

If you want to learn more about vodka’s taste, why some varieties are sweet, and what their sugar contents are, keep on reading!

Is Vodka Sweet Or Bitter?

Vodka can have both sweet and bitter notes, depending on the base ingredient used by the distiller and how many times the vodka was distilled.

Base ingredients such as corn, grapes, maple syrup, and apple yield sweet notes that are more easily detected when the vodka is consumed neat.

That said, inexperienced vodka drinkers may be caught off guard by its high alcohol content which usually suffices to conceal any flavor or aroma the vodka has.

Additionally, vodkas with higher alcohol by volume (ABV) or proof typically have less flavor than their 80 proof counterparts due to their strong alcoholic taste.

This is also because vodkas with an ABV of 85 or higher are distilled more times, effectively removing impurities from the base ingredient that could give it flavor.

If you want to treat yourself to vodkas that have a natural sweetness to them, stick to brands that have 80 proof and use fruits and corn as their base ingredient.

Here’s a quick list of brands you can refer to:

Just because these vodkas are sweeter compared to other vodkas doesn’t mean that you’ll notice the difference right away.

For many first-time and occasional vodka drinkers, it could take a couple of tries and a bit of exploring with different brands to find a regular vodka with natural sweetness to it.

Is There A Sweet Vodka?

Apart from vodkas with base ingredients like grapes and corn, sweet vodkas typically refer to flavored vodkas that are sweet due to their sugar content.

Among the sweetest flavors are those that recreate the taste of popular desserts and confectionaries like chocolate cakes, marshmallows, and whipped cream.

Here’s a list you can refer to for some of the most popular dessert-flavored vodkas:

Likewise, the less striking types of flavored vodkas are typically sweet, especially when the infusions are with fruits like raspberry, mangoes, grapes, and strawberries. 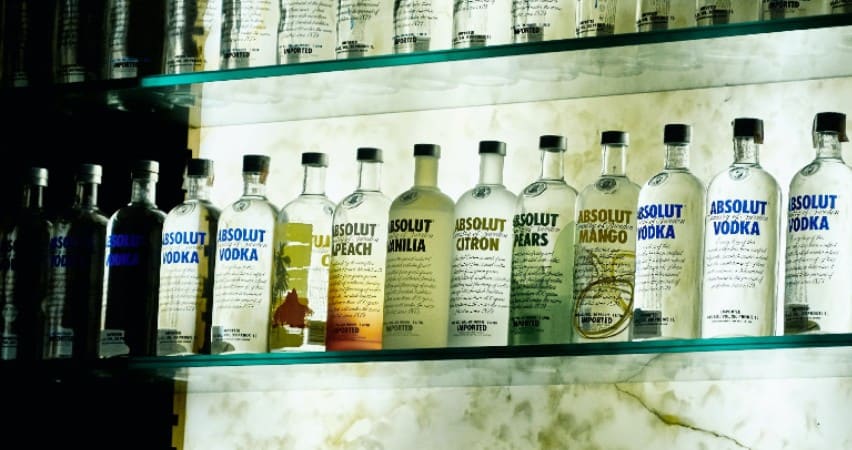 However, these types of vodkas don’t have the sugary sweetness of dessert-flavored vodkas, making them the preferred pick of certain drinkers.

Here’s a list of flavored vodkas that get their sweetness through infusions:

Does Flavored Vodka Have Sugar?

Whether a flavored vodka has sugar and how much depends entirely on the distiller. Some distillers use industrial flavorings while others claim that they don’t use any at all.

Additionally, distillers aren’t required to put nutrition facts on their labels, so unless they choose to disclose it, the type and amount of sugar they use will remain a mystery.

Some of the sugars distillers use include fructose, dextrose, honey, cane juice, agave syrup, sucrose, and maple syrup.

Unless these additives are disclosed or the vodka label specifically mentions that it’s sugar-free, it’s best to assume that flavored vodka has sugar.

Regarding brands that claim their vodka has zero sugar but has a proof of 80 or higher, it’s best to take this information with a grain of salt.

A vodka with 45% alcohol content by volume (ABV) or higher can be difficult to sweeten without the use of a considerable amount of sugar.

Vanilla vodka is naturally sweet, thanks to the caramel-like flavors that vanilla beans bring. However, its degree of sweetness varies from distiller to distiller.

Since there are vodka enthusiasts that prefer to make homemade infusions, it’s important to note too that the sweetness of the resulting vodka depends on several factors.

Vanilla pods come in different types and grades and additional ingredients like syrups and lime peels can amplify the sweetness of your homemade vodka.

Additionally, the length of time you infuse your vodka can either make its flavors richer or turn it bitter.

If you want to learn more about vodka, you can see our related posts on whether flavored vodka has sugar, what vodka to use for jello shots, and how much vodka you need for jello shots.

Vodka isn’t naturally sweet so if you have a sweet tooth, you’ll be pleased to find a large assortment of flavored vodkas that will satisfy your cravings.

These flavored vodkas range from the naturally infused variety to the dessert-inspired type. Regardless of your exact preference for sweetness, you’re sure to find one that suits you.