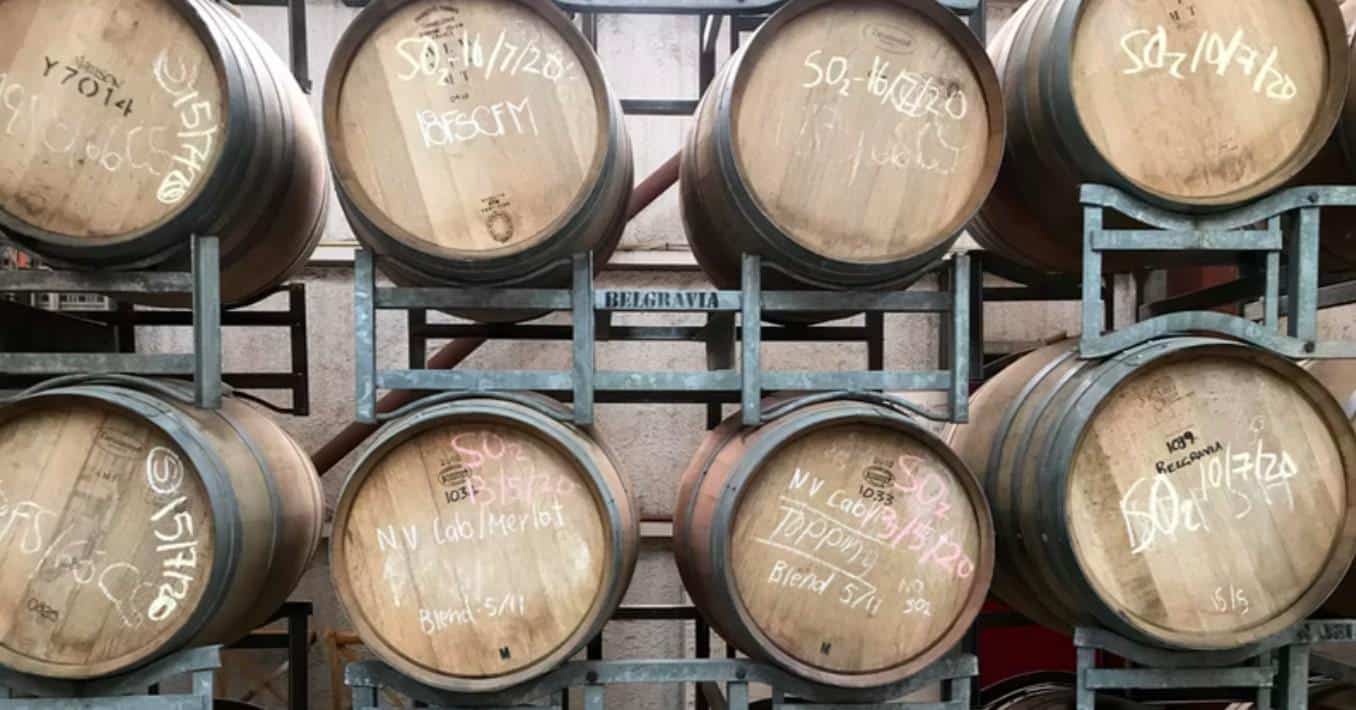 Distilled spirits like whiskey and rum are aged to develop certain flavors and improve their overall quality, but is the same true of vodka?

If you’re a vodka enthusiast, you might be wondering whether vodka is aged and if it also gets better with time. I did the research and here’s what I discovered!

Since regular vodka is made of only ethanol and water, there are little to no chemical reactions that can make vodka better with age. This is why distillers prefer to bottle it at once. Additionally, the Code of Federal Regulations dictates that vodka cannot be aged in wood. Nevertheless, that doesn’t stop brands like Absolut from releasing barrel-aged vodkas.

If you want to learn more about how long it takes to age vodka, what it tastes like, and whether aged vodka is stronger, keep on reading!

How Long Is Vodka Aged?

Vodka isn’t typically aged due to the minimal chemical reactions that can happen between its ethanol and water properties.

When vodka is bottled, it doesn’t age in the same manner that wine does regardless of how long it sits on your shelf.

Nonetheless, aged vodka has recently become a trend. Both distillers and vodka enthusiasts alike are making barrel-aged vodka and coming up with flavors similar to whiskey.

After sealing the vodka in a barrel, it’s typically allowed to age from a few weeks to a few months. Vodka is rarely aged for years.

In general, there’s no definite measure for aging vodka. You can do this based on your preference although it’s believed that you should limit the aging process to a couple of months.

How Do You Barrel-Age Vodka?

More important than the type of vodka you’re aging and the amount of time you’ll be aging it is the quality of the barrel.

In general, spirits like vodka cannot be aged in bottles. It has to be done using oak barrels because that’s where the vodka will get oxidized and infused with the flavors of the wood.

While all types of wood can be used to make barrels, oak remains the preferred species for maturing spirits due to its gallic acid which is filled with pseudo tannin compounds.

Distillers typically use 53-gallon barrels to produce aged vodka but smaller barrels in the sizes of 1, 2, and 7 liters are available for those who want to age their vodka at home.

European oak barrels produce a combination of bitter and spicy undertones to spirits. Moreover, they’re the most absorbent type of oak and will give your vodka stronger flavors.

In contrast, the American White oak makes spirits more aromatic and yields caramel, coconut, and vanilla notes that are hard to miss.

Less commonly used for spirits aside from cognac is the Sessile oak. It produces chocolate and caramel notes mixed with subtle oaky spice.

To release the natural sugars of the oaks, distillers may toast or char the barrels to caramelize the tannins and make them more vanilla-like.

Charred barrels bring out new flavors that will be infused with the vodka, and the more charred the barrels, the deeper the colors of the vodka after aging.

Once you’ve acquired the barrel and toasted or charred it to your satisfaction, just pour the vodka inside and seal it. Take note that smaller barrels cause the vodka to age quicker.

If your barrel is the 1 to 2-liter type, you can age the vodka for as short as 8 weeks to 3 months. Bigger barrels will require longer aging to achieve the same results.

What Happens If You Barrel-Age Vodka?

Vodkas gain more flavor and aroma after they’ve been barrel-aged. They also turn from clear to any shade of brown or gold.

At the beginning of the process, the vodka is usually flavorless, odorless, and colorless. But as it’s aged, the vodka takes on the flavors and colors of the wood.

Additionally, maturation minimizes any harsh notes of the ethanol, thereby making it more palatable and enabling people to enjoy a richer mouthfeel.

If the barrel has been previously used to age other spirits like whiskey, the vodka will inevitably acquire some of its flavors.

Barrel-aged vodka can yield a wide assortment of tastes depending on the type of barrel, whether it’s been used before, and how long the vodka is aged.

Based on these factors, aged vodka can be bitter, spicey, sweet, or reminiscent of vanilla, caramel, and chocolate.

Expect the heat that comes from unaged vodka to be sufficiently mellowed out, and you might feel like you’re drinking whiskey at times.

If you want to learn more about vodka, you can see our related posts on whether vodka gets better with age, if vodka is fermented, and if vodka goes bad.

Vodka isn’t designed to be aged but that doesn’t mean it’s immune to the effects of traditional barrel aging.

Just like whiskey and rum, vodka that has been matured in oak barrels will begin to acquire its flavors and aromas. Additionally, the alcoholic taste and burn of vodka will grow subtler.

Barrel-aged vodkas have become popular lately and you can either purchase them from brands like Absolut and Duckworth or make them yourself at home.