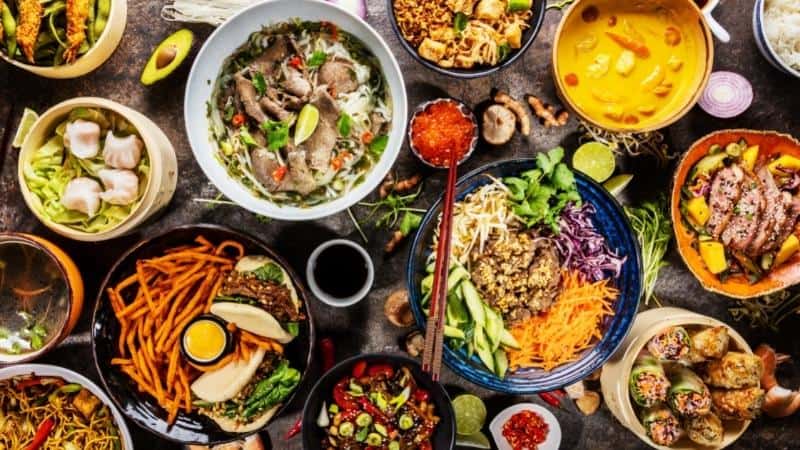 Thai cuisine is bursting with rich and distinct flavors. Whether you’re dining or learning to cook it, it offers an incredibly delightful and satisfying experience.

You may be wondering what ingredients come together to set Thai cuisine apart. For instance, is soy sauce used in Thai cooking? I put all the facts together. Here’s what I found!

Soy sauce is used in Thai cooking to add more complex flavors like umami and boost the overall taste of the dish. Light soy sauce, in particular, is a common ingredient in Thai cuisine but dark soy sauce can be used as well. However, other types of soy sauce are not typically featured in Thai recipes.

Are you wondering about what kinds of soy sauce are used in Thai cooking, what alternatives there are, and more? Keep reading to find out!

Why Is Soy Sauce Used In Thai Cooking?

Soy sauce is often used in Thai cooking because it adds depth and complex flavors to dishes.

For instance, many Thai recipes call for flavors that are salty and umami which is what soy sauce tastes like. In addition, it can lend its color to the dishes.

Light soy sauce is popularly used in Thai cooking. It has a lighter flavor and color than regular soy sauce but it offers a touch of umami and saltiness to boost the overall flavor of a Thai dish.

Dark soy sauce can be used in Thai cooking, especially in marinades, because it offers a richer and fuller flavor than light soy sauce.

However, it is not as commonly used to season Thai dishes like light soy sauce.

Kikkoman is a Japanese soy sauce and is not typically used in Thai cooking because there are other Thai soy sauces that better suit their recipes.

Low sodium soy sauce can be used in Thai cooking if that is your preference, but it is not mandatory in most Thai recipes.

Gluten-free soy sauce is not commonly used in Thai cooking but you may use it if you have gluten intolerance.

Soy sauce’s primary flavor is derived from soybeans and salt while gluten comes from wheat. Therefore, gluten-free soy sauce will not have a huge difference in taste if you need to use it.

What Alternatives to Soy Sauce Can I Use In Thai Cooking? 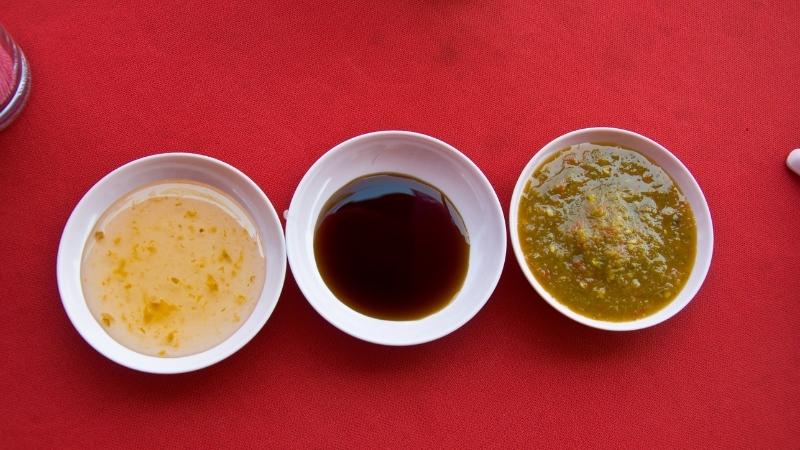 There are some alternatives that you can try to replace soy sauce in Thai cooking. But keep in mind that these are not perfect substitutes because they do not have the exact same flavor profile.

Worcestershire sauce is a fermented sauce that can replace soy sauce because it is salty and umami. It is made out of anchovies, vinegar, molasses, tamarind extract, and more, creating a complex and dark sauce similar to soy sauce.

However, Worcestershire sauce has a more distinct flavor profile than soy sauce, and people can usually taste it in the dish. Because of this, it may not complement a Thai dish like soy sauce would, but it can do well enough as a substitute.

Fish sauce is more pungent and briny but it can replace soy sauce in certain dishes because it has the same saltiness with some umami.

However, fish sauce is another common ingredient in Thai cuisine, so it may already be present in the recipe.

If you try to use fish sauce instead of soy sauce in a recipe that already needs fish sauce, you would overpower the flavors of the dish with saltiness and brine.

Coconut aminos is a type of dark sauce made out of salt and coconut sap that can replace soy sauce.

Coconut aminos taste very similar to soy sauce because there are umami and salty flavors. However, it is a bit sweeter and milder than soy sauce, so it’s not the best replacement.

Plain old salt can work in a pinch if you do not have soy sauce for your Thai recipe. However, it is not the ideal replacement either.

Salt can only contribute to the saltiness of soy sauce, but it will not offer you the same umami and complexity.

Soy sauce is very commonly used in Thai cooking with their recipes often calling for light soy sauce in particular.

There are alternatives to soy sauce you can use in Thai cuisine but they may not be able to completely bring out the flavors of the dishes.