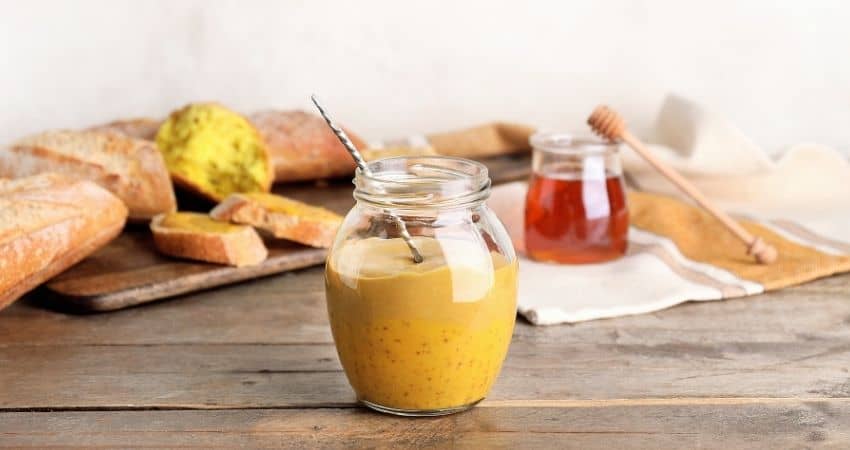 Mustard is a very popular condiment all around the world, but not all mustards are made the same.

If you are a vegan, you may be wondering if honey mustard is vegan. I did the research, and here is what I discovered!

What Is Honey Mustard Made Of?

Honey mustard is a combination of mustard and honey, typically in equal amounts.

Other recipes, especially commercially made honey mustard, may contain mayonnaise and other ingredients like spices.

As honey is an animal by-product, honey is considered non-vegan. Honey mustard that is commercially made may also contain mayonnaise, which contains eggs, and eggs are also not vegan.

Why Is Honey Not Vegan?

Honey is considered non-vegan because people claim that bees make their honey for themselves and not for human consumption.

Additionally, honey is obtained in ways that can be considered cruel, so many vegans will not consume honey.

Harvesting the honey involves a process called smoking, which pacifies the bees and keeps the bees disoriented enough so the bees do not sting the harvesters. 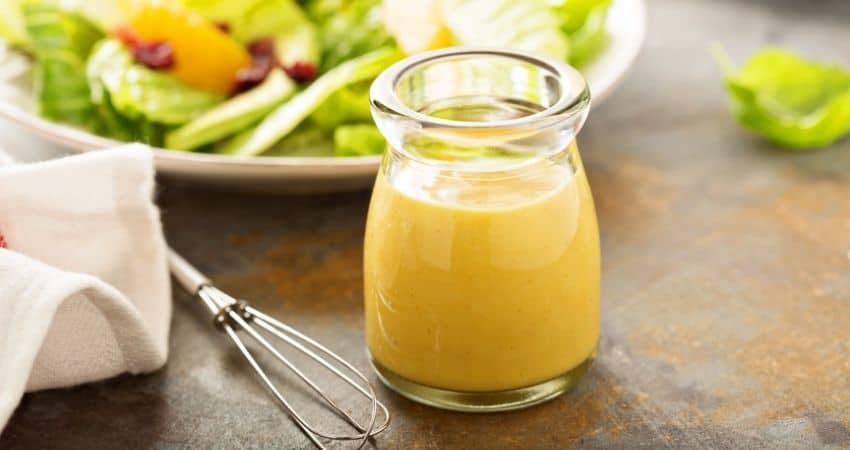 There are many reasons why eggs are considered non-vegan, and some of these are because of the practices used to obtain eggs.

Forcing hens to lay eggs and disposing of hens after they are unable to lay eggs are practices considered cruel to chickens, which goes against vegan beliefs.

What Are The Vegan Ingredients Of Honey Mustard?

Mustard contains vinegar, which is vegan and vinegar is fermented alcohol, and the alcohol from the vinegar is always from plant-based sources.

Xanthan gum is a vegan ingredient that is a string of sugars fermented by bacteria, and xanthan gum stabilizes the mustard.

Mustard is vegan in its simplest form, so plain mustard is definitely vegan. Mustard only becomes non-vegan when added ingredients are cross-contaminated or are animal by-products.

What Are The Non-Vegan Ingredients In Mustard?

Honey is non-vegan and is therefore banned by the vegan community in the honey mustard condiment. Honey is a direct animal by-product, and this is a big issue for vegans.

Wine is one ingredient of mustard that is not vegan. Grape juice and yeast used to make wine is sometimes processed with animal-based ingredients to use for the fining process.

Some additives in commercially-made mustard, like flavorings and colorings, are also animal by-products.

Additionally, cross-contamination is another issue in mass-produced mustard mustards as some factories produce different food products at the same time.

Other products made in these big factories may be animal-based, and contamination can occur if the animal-based products touch the mustard.

How Can You Make Vegan Honey Mustard?

One of the things vegans do to make their honey mustard vegan is to substitute honey for a vegan alternative, like agave syrup, as a sweetener.

Honey mustard is not vegan, so commercially-made honey mustards are not consumed by the vegan community.

If you are vegan, you can opt to make homemade honey mustard by mixing vegan mustard with a vegan sweetener, such as agave syrup.