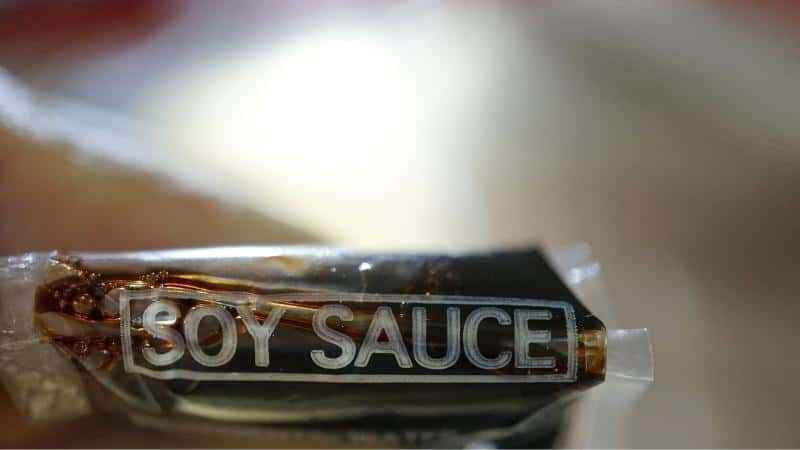 If you often have food delivered or bring home takeouts, you’ve probably wound up with a stash of unused condiments in your kitchen drawer. After all, it would be a waste to throw them away.

When you finally do have a need for them, you wonder whether they’re still safe for consumption or whether those soy sauce packets can go bad. I looked it up and here’s what I found!

Soy sauce packets can go bad after 6-8 months, but they may be safe to use even after 1 year. The packets that contain the soy sauce can degrade over time, changing the look and taste of the contents. However, if the soy sauce does not taste, look, or smell bad, it may still be safe for consumption.

You might be wondering why soy sauce packets have a shorter shelf life, how to tell if they have gone bad, and more. If that is the case, keep on reading to learn more!

Soy sauce packets can last for about 6-8 months in a cool and dry place or in the fridge because cooler temperatures keep food fresh for longer. Some packets can still be used after 1 year if they do not look or taste spoiled.

Why Do Soy Sauce Packets Have A Shorter Shelf Life Than Bottled Soy Sauce?

Soy sauce packets have a shorter shelf life than bottled soy sauce because of the packaging rather than the sauce actually expiring.

Additionally, the material used for condiment packets tends to degrade much faster than bottles.

Soy sauce packets can spoil if they are unused for a very long time. The packaging may degrade, allowing bacteria and dirt to enter and cause mold, odd flavors, and more.

Direct sunlight and heat can also affect your soy sauce packets because they can encourage bacterial growth.

You may even notice some crystals or white mold-like pieces floating in your soy sauce packet, which means that the soy sauce is not good anymore.

Moreover, heat and light can make the packaging degrade faster. You may be unable to use the soy sauce packet if the package breaks from the heat.

How to Tell If A Soy Sauce Packet Is Spoiled 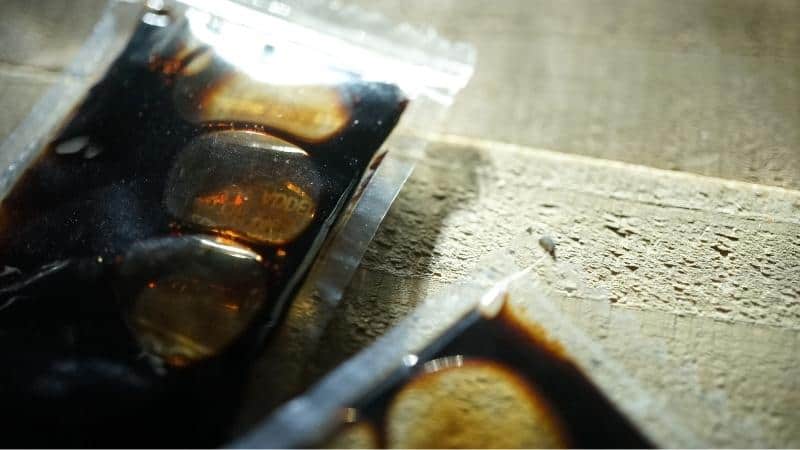 You can tell if a soy sauce packet has gone bad by looking at it. If you notice that it is a different color, has a lot of crystals in it, or has mold, then it would be best to discard the packet.

Additionally, you can tell that the soy sauce packet is spoiled by its taste and smell. Soy sauce naturally has a strong flavor and smell, but you should throw it away if it is overwhelming and almost unbearable.

How Do I Make My Soy Sauce Packets Last Longer?

If you want to learn more about soy sauce, you can see our related posts on whether soy sauce expires, if soy sauce needs to be refrigerated, and if soy sauce freezes.

Soy sauce packets can last for around 1 year if you store them away from sunlight and heat in a cool and dry place like a cupboard or fridge.