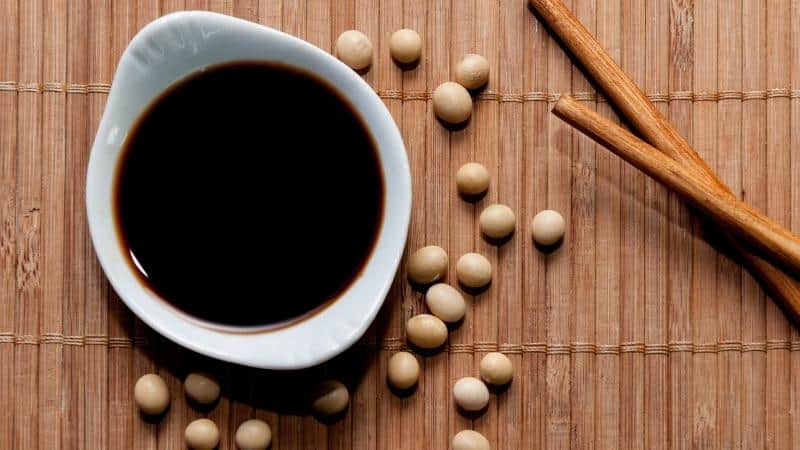 Freezing is a good way to preserve the shelf life of your food. However, you may not be sure if your bottle of soy sauce can be kept in the freezer.

If this is the case, you may be wondering if you can freeze soy sauce? Well, wonder no more! I did the research and here are all the facts I’ve gathered!

Soy sauce can freeze at extremely low temperatures of -28°C or -18.4°F because it has a very high salt content. Most household freezers will not reach these temperatures, so it would be very hard to freeze soy sauce at home. However, it is possible to freeze low salt soy sauces in your home’s freezer.

Do you want to find out more about why it is hard for soy sauce to freeze, what kinds of soy sauces can freeze, and more? Keep on reading to find out!

Soy sauce has a very high salt content (one tablespoon of soy sauce already contains around 2,300 mg of sodium), making it difficult to freeze since salt lowers the freezing point.

When salt is in a liquid, it “replaces” some of the water molecules in the liquid and when this occurs, there are fewer water molecules that can be frozen. This is why it takes liquid longer to freeze.

Moreover, soy sauce does not freeze in most household freezers because temperatures are not low enough.

What Will Happen If I Try To Freeze Soy Sauce?

If your freezer can go lower than -18°C or 0°F, you may wind up with partially frozen soy sauce or soy sauce with ice in it.

However, whatever ice or frozen soy sauce you get will be frozen water molecules in your soy sauce. You may not be able to completely freeze your soy sauce because of the salt ions. 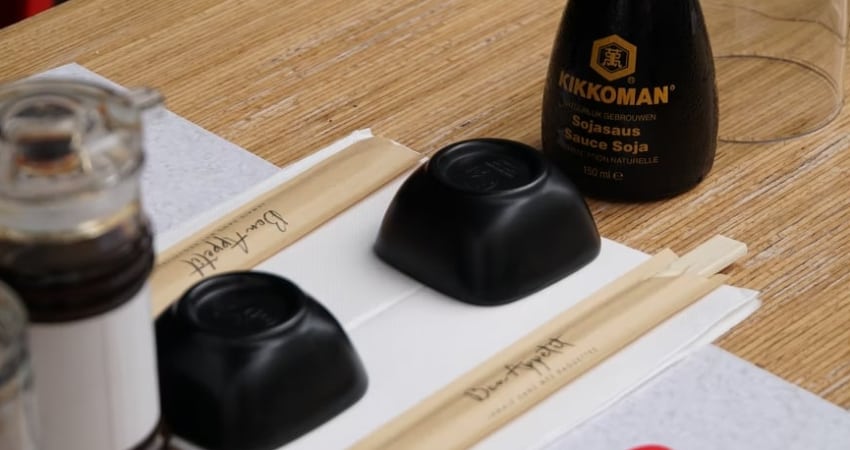 Kikkoman and dark soy sauce can freeze, but they will need to reach very low temperatures to do so.

Moreover, it will depend on the salt content of the soy sauce itself. Most salty soy sauces will need to reach at least -28°C or -18.4°F to freeze, but saltier ones may need colder temperatures.

Generally, sweet soy sauce does not mean that it is low in sodium. Sweet soy sauce can have as much sodium as Kikkoman and other dark soy sauces.

Light soy sauce can freeze because like low sodium soy sauce, it contains less salt. This means it is possible to freeze either.

How Can I Freeze Soy Sauce?

To freeze soy sauce, you need to look for soy sauces with lower salt content. For example, low sodium soy sauces will be easier to freeze in most household freezers.

However, it is possible to partially freeze saltier soy sauce if the freezer is cold enough. You may also need to agitate the soy sauce occasionally for ice to form.

Additionally, if you do decide to freeze your soy sauce, ensure the bottle is not full. This is done as the liquid will expand in the bottle, which can overflow in the freezer or crack the bottle.

It is possible to freeze soy sauce, but you will need a freezer with very low temperatures to accomplish this with most soy sauces. This is because the high salt content in soy sauce makes it difficult to freeze.

However, low sodium soy sauces can be easier to freeze because they contain less salt than most other soy sauces.