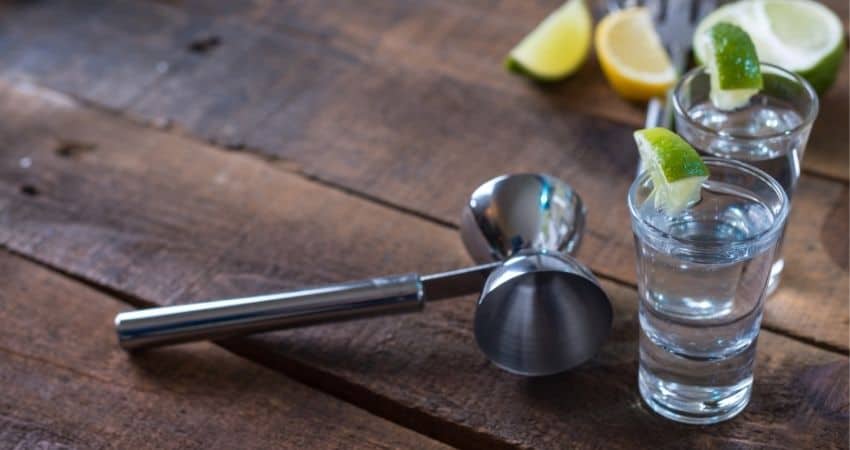 After a while of drinking different kinds of spirits, you may have noticed that a lot of vodka brands are priced cheaply compared to most brandies, gins, tequilas, and whiskeys.

While there are vodka brands like Grey Goose and Belvedere that are pricey, you might be wondering why the majority of vodka brands are so cheap. Here is what I found!

Why Is Vodka So Cheap?

1. Vodka Is Basically Water And Ethanol

Compared to other spirits that are required to include certain fruits and botanicals and to taste a certain way, the formula for vodka is extremely simple.

At its core, vodka is simply pure ethanol diluted with water.

Even after the Alcohol and Tobacco Tax and Trade Bureau updated vodka’s definition, it does not change the fact that vodka is just two ingredients blended to create a neutral spirit.

With so few ingredients and so basic a process involved to create a spirit that meets the legal definition of vodka, it is only natural that most vodka brands today are cheap.

2. Vodka Can Be Made From Almost Any Foodstuff

Another way vodka distinguishes itself from other spirits is that vodka can be produced from any foodstuff that contains starch or sugar.

With vodka being a neutral spirit, it does not make a huge difference what foodstuff is used to produce ethanol.

After all, little to no flavor from the base ingredient remains after the ethanol has been distilled since vodka is required to have a predominantly neutral flavor profile.

A lot of vodka distillers use the most accessible grain to them, which is often corn, wheat, or barley.

However, vodka has been known to be produced from a large variety of fruits as well, and even milk, maple sap, and whey.

Since distillers can have their pick of any base ingredient they want, they can choose the most economical option and therefore keep the production cost and the vodka’s price low.

In some cases, certain brands don’t even produce their own neutral spirits. Instead, some brands buy the distilled spirit from agricultural distillers, bottle them to proof, and put their brand on it.

With fewer people and facilities to manage, vodka brands can produce and sell vodka with a smaller capital compared to brands that distill their own spirits.

You might be wondering why some vodka brands are more expensive than others if they are all made from similar base ingredients and undergo similar processes.

One huge factor that affects a vodka’s price is its packaging. Most cheap vodka brands do not use bottles that are specially designed for their brand.

If a brand wants to, they can source a generic bottle and put their label on the bottle.

A well-loved brand like Tito’s Handmade Vodka follows this principle. Since Tito’s believes in the quality of their vodka, Tito’s does not bother to source designer bottles.

Currently, there are over 150 vodka brands in the world, and more are expected to join the market annually.

Since vodka is used primarily as a base spirit for cocktails, many people do not mind investing in cheap vodka. After all, whatever unpleasant taste vodka has will be masked in the cocktail.

Naturally, vodka brands today strive to keep their prices competitive to stay ahead in the industry.

Unsurprisingly, the world’s top-selling vodka brand is also the one sold consistently at a cheap price, and that is Smirnoff. 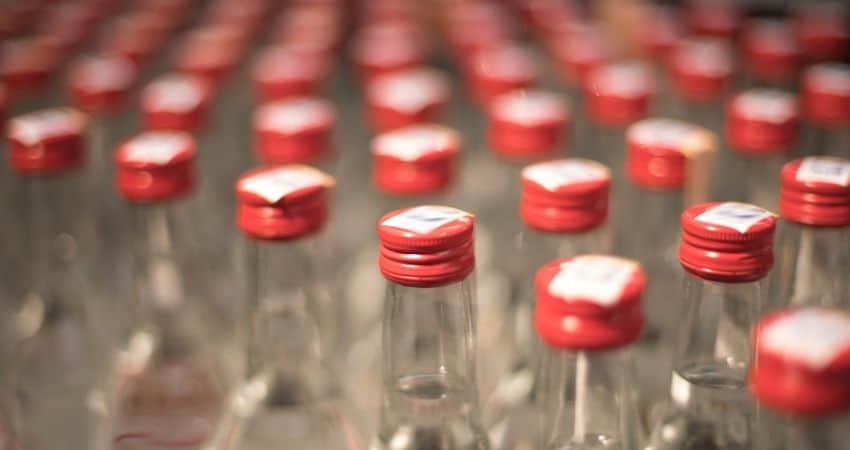 With hundreds of vodka brands producing case after case of vodkas all over the world, it is safe to say that the supply is higher than the demand for vodka.

Moreover, vodka enthusiasts are always looking for something new to try, giving new vodka brands a leeway to join the already-stiff competition in the vodka market.

As a rule of thumb, when the supply is higher than the demand, businesses can lower the price of their vodka per bottle.

When you buy vodka, you are not only getting the contents of the bottle but the reputation that comes with its label.

If you are buying a vodka brand that is not as well known as premium brands such as Absolut and Ketel One, you will not be paying for the prestige they bring.

8. Some Brands Are Not Distilled As Efficiently

Another factor that affects the pricing of the vodka is the number of times vodka is distilled and the overall efficiency of the vodka’s treatment.

Whenever vodka is not distilled thoroughly or enough times, impurities like congeners remain. Moreover, congeners are believed to be a prime trigger for hangovers.

While not applicable to every brand, it’s often the case that cheap brands are cheap because they are not handled as well as premium brands.

After diluting pure ethanol with water and bottling the resulting vodka, the vodka can be immediately shipped and sold.

This is not the case with other spirits like brandies and whiskeys, which are usually aged for a minimum of eight months before they can be bottled and consumed.

Without these factors, creating vodka is much cheaper in terms of ingredients, labor, and logistics, resulting in a more affordable price tag.

10. Vodka Is Easy To Flavor

Given vodka’s neutral flavor profile, vodka does not require a lot of effort to flavor. Most vodka brands usually mix natural or artificial concentrates to flavor their vodka.

On the other hand, vodka brands that use real fruits and botanicals to flavor their vodka only have to mix their essences into the vodka or let them steep for a while.

With the many simple ways vodka can be flavored and the wide variety of flavoring available, it is no wonder even flavored vodkas come at a cheap price.

Check out our other articles to discover why vodka is popular, if Twisted Tea has vodka in it, and if there is vodka in Smirnoff Ice.

Vodka is the easiest type of spirit to produce. Consisting only of water and pure ethanol, vodka is actually considered the base for all spirits.

Nonetheless, vodka continues to be the most popular spirit worldwide, and with new brands keeping the competition stiff, it is natural to find plenty of cheap vodka options in the market.