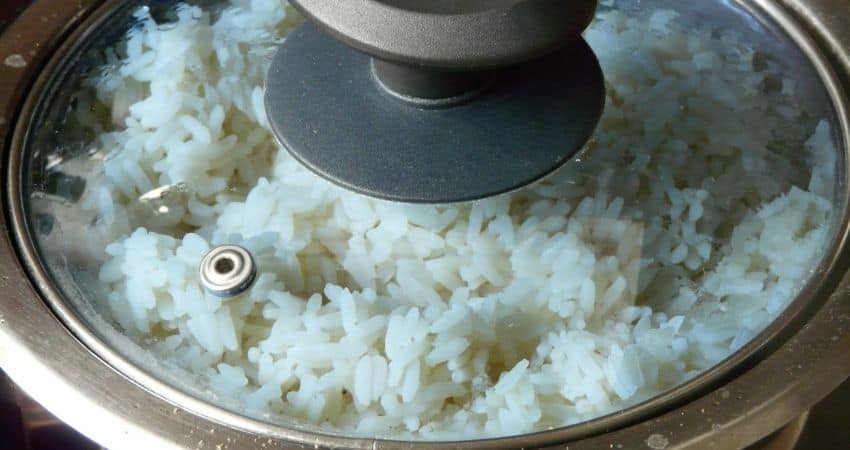 A lot of things happen while your rice is cooking. Apart from the grains softening and the starch blooming, you’ll notice that the rice also bubbles, and sometimes the rice even stands.

If you’re surprised to discover your rice standing, you’ll naturally want to know why rice stands and if this is normal. I looked into it, and here’s what I discovered!

Why Is My Rice Standing Up?

Near the end of the cooking process, steam makes its way to the surface of the rice and forces the grains upwards to stand up so that the steam can escape. Typically, this happens only when the rice is perfectly cooked. Additionally, it’s more likely for long-grain rice to stand up than it is for medium-grain and short-grain rice.

In case you’re interested to learn more about why rice stands and whether it is something you should pay more attention to, keep reading!

Why Does Rice Stand Up When Cooked?

Rice tends to stand up near the end of the cooking process because of the steam that tries to escape from the bottom of the rice cooker or the saucepan.

Once the steam pushes to the surface of the rice, the grains on the top layer are forced to shift vertically to make way.

Additionally, you’ll sometimes find holes on the rice alongside grains that are standing up.

How Do You Make Rice Stand Up?

There’s no guaranteed method to make rice stand up when cooking them. However, you can increase the likelihood of the rice standing up if you use just enough water to cook the rice.

Furthermore, cooking the rice at medium-low heat can prevent the steam from escaping before the rice is thoroughly cooked, which would mean the grains wouldn’t be able to stand.

Does Long-Grain Rice Stand Up?

Long-grain rice has a higher likelihood of standing up compared to other types of rice. Apart from having lengthy grains, long-grain rice typically has lower starch content.

With less starch to give the rice a sticky texture, there will be nothing to hold the grains down when the steam escapes from the bottom of the rice cooker or saucepan.

Additionally, long-grain rice that stands will be more noticeable than medium-grain and short-grain rice.

Does Short-Grain Rice Stand Up?

When the starch blooms, the short-grain rice becomes sticky, and there may be nowhere for the water at the bottom of the rice cooker to escape, so the rice absorbs the water instead.

Additionally, if the water does turn into steam and escapes, it is more likely that you’ll see holes on the surface because the grains would be too sticky to separate from one another.

Is It Bad If Rice Stands?

Technically, there’s nothing wrong if the rice stands. In some countries like Thailand, the rice is considered perfectly cooked if the grains stand.

Moreover, there’s no reason to believe that the rice is contaminated or spoiled just because the rice stands.

Is Rice Overcooked If It Stands?

Rice that stands is not overcooked because if the rice is overcooked, the grains will likely split and be mushy, which would mean there will be little to no completely whole grains.

Without a firm shape, the grains wouldn’t be able to stand.

Is Rice Undercooked If It Stands? 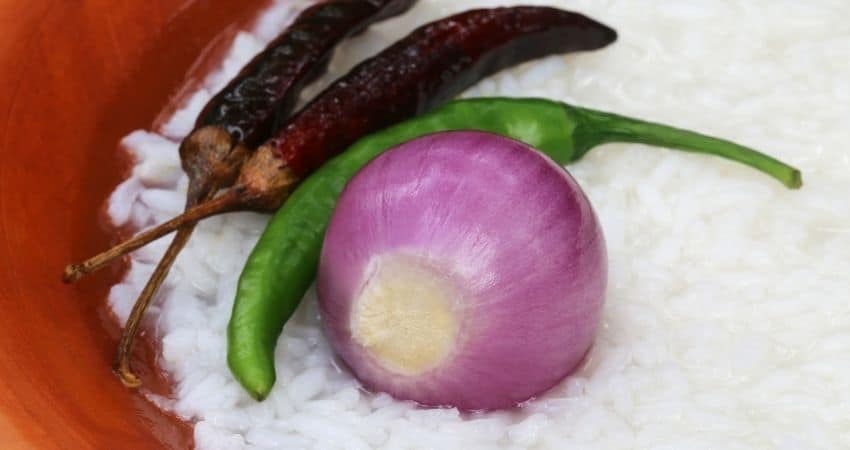 It’s unlikely that rice will stand if the rice is undercooked. Generally, rice becomes undercooked when there’s not enough water to cook the rice.

Either way, there won’t be enough steam to push through the surface and make the rice stand up. Additionally, undercooked grains might be too heavy for the steam to force up.

Can You Eat Rice That Stands?

There’s no reason to assume that rice that stands is unsafe to eat. If the grains are soft enough and don’t have an odd taste, the rice should be safe to eat.

Can You Prevent Rice From Standing Up?

To prevent the rice from standing up, you can either use short-grain rice or keep some of the starch on the rice by not rinsing the rice or not doing so thoroughly.

Typically, short-grain rice is going to stick together too much to stand. Additionally, if you don’t wash the rice so thoroughly, there will be more starch that will make the rice sticky.

Read our other articles to discover what bamboo rice is, why you wash rice, and why your rice is sticky.

Generally, rice stands because of the steam that makes its way out of the rice during the final stages of cooking.