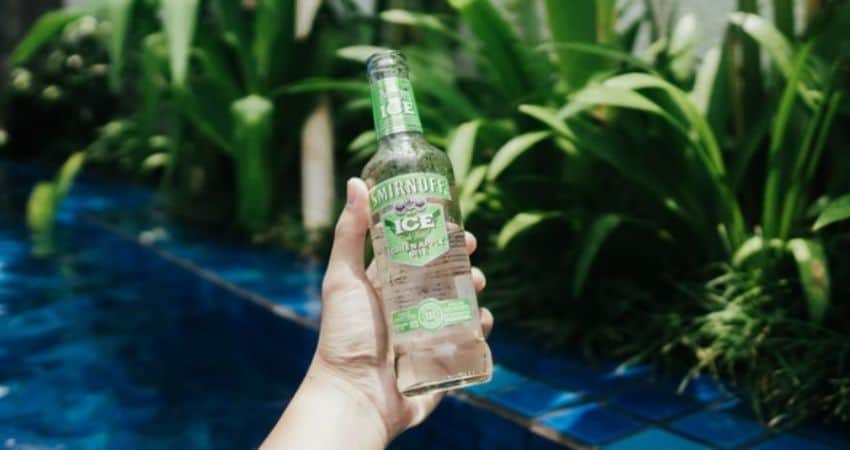 Smirnoff has a long and complicated history, and this is one of the reasons Smirnoff is a well sought-after and beloved drink all over the world.

However, this may get you wondering where Smirnoff Vodka is made. I looked into it, and here is what I discovered!

Where Is Smirnoff Vodka Made?

Smirnoff Vodka is made mainly in America, specifically in Diageo North America’s Plainfield, Illinois facilities. However, Diageo also has distilleries all over the world that produce Smirnoff Vodka products, including Latvia, Brazil, Italy, Mongolia, Philippines, United Kingdom, Honduras, and Ireland. Nonetheless, it is still widely acknowledged that Smirnoff Vodka was originally a Russian brand.

In case you are curious to learn more about where Smirnoff Vodka is made and how many countries are involved in producing vodka for consumers worldwide, keep reading!

Is Smirnoff Vodka Made In America?

Smirnoff Vodka is distilled in America and has been since the 1930s when Vladimir Smirnov sold the rights to Smirnoff to Rudolph Kunnett, a Russian businessman in New York.

Eventually, Smirnoff kept getting handed over to different American companies until Smirnoff was purchased by Diageo who decided to keep distilling Smirnoff in America.

However, Smirnoff has a sister product called Smirnov Vodka, which was formulated by the descendants of Smirnoff’s founder Pyotr Arsenievich Smirnov, that is made in Russia.

Nevertheless, the main distillery of the best-selling Smirnoff Vodka is in America.

Where Is Smirnoff Made In The USA?

Smirnoff is made in Diageo’s Plainfield, Illinois facility, where other Smirnoff products are also being manufactured, namely Smirnoff Ice and Smirnoff Flavored Vodka.

Is Smirnoff Vodka Made In Russia?

Smirnoff Vodka originated in Moscow, Russia in 1864 and was distilled there until 1904, when the Tsar nationalized the Russian vodka industry and the state-owned Smirnoff for a while.

Currently, it is not Smirnoff Vodka that is being manufactured in Russia, but Smirnov Vodka, the product developed by the descendants of P.A. Smirnov.

After several lawsuits, Diageo made Smirnov Vodka the sister product of Smirnoff Vodka.

Is Smirnoff Made In India?

Smirnoff is not distilled in India, but Smirnoff is bottled there. Additionally, Diageo India is responsible for distributing Smirnoff Vodka products in the country and nearby locations.

Moreover, Diageo has made it clear that they will not consider manufacturing Smirnoff in India and will continue operating as is.

Who Manufactures Smirnoff Vodka In India?

Smirnoff Vodka is bottled and distributed in India by Diageo India, which is incorporated in India as United Spirits Limited.

Who Is Smirnoff Owned By? 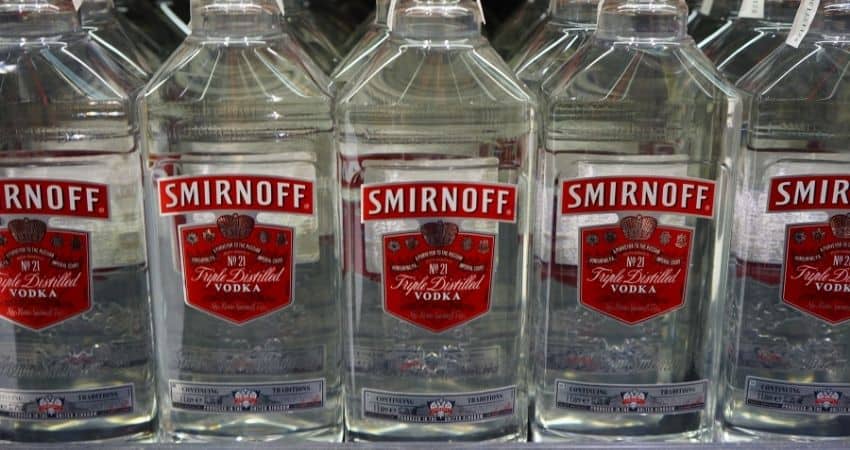 Smirnoff is owned by Diageo plc, one of the largest beverage alcohol companies in the world with headquarters located in London, England.

However, Diageo has 140 sites scattered across 180 countries, around 16 of which are producing Smirnoff Vodka and other Smirnoff products.

Before Diageo came to be, it was two separate entities, namely Guinness and Grand Metropolitan. They merged in 1997 and were renamed Diageo.

Where Is Smirnoff Vodka Made In Canada?

Where Is Smirnoff Produced?

Smirnoff is produced mainly in America, but Diageo also has distilleries in several countries that make worldwide distribution possible and affordable for them and consumers.

Where Is Smirnoff Distilled?

It is unclear whether Smirnoff is distilled and bottled in the same facilities or if these processes are done in separate locations.

Additionally, some facilities may distill and bottle while others do not. Currently, there is no mention of where and how these are done in the places where Diageo operates.

Where Is Smirnoff Vodka Made In Asia?

Diageo has branches in several Asian countries including India, Greater China, Thailand, Korea, and the Philippines.

Whether Smirnoff Vodka is produced in all of their Asian facilities is unclear, as Diageo has numerous other brands in its portfolio including Ciroc, Johnnie Walker, and Gordon’s gin.

However, Smirnoff Mule is exclusively made in the Philippines through Emperador Distillers, an arrangement made in 2015 even after Smirnoff Mule was discontinued elsewhere.

Where Is Smirnoff Vodka Made In The UK?

Diageo’s facilities in the UK are mostly in Scotland. They are the Talisker, Royal Lochnar, Blair Athol, Cameronbridge, and Level distilleries.

Where Is Smirnoff Corn Sourced?

Smirnoff Vodka is made from corn. However, Smirnoff does not disclose where Smirnoff gets their corn.

Since Smirnoff is made primarily in America, specifically in Illinois, it is reasonable to assume that Smirnoff sources their corn from nearby locations.

Where Does Smirnoff Get Water?

Smirnoff does not disclose where they get the water they use to dilute their vodka and what type of water it is.

Since Smirnoff confirmed that they use different grains depending on where in the world Smirnoff is being produced, it is safe to assume that is the same case with Smirnoff’s water.

Check out our other articles to discover where Kirkland vodka is made, where Chopin Vodka is, and where Ciroc Vodka is.

Smirnoff Vodka was originally produced in Moscow, Russia from 1864 to 1904. Through a series of unfortunate events, Smirnoff left Russia and was eventually sold in America.

Since the 1930s, Smirnoff Vodka has been produced mainly in America by the British beverage company Diageo plc.

Throughout the years, Diageo expanded and started producing Smirnoff in over 16 countries all over the world, making global distribution easier and more affordable.

While Smirnoff remains a grain vodka, Diageo’s global operations mean Smirnoff is made not just from corn, but also other grains depending on the country of origin.