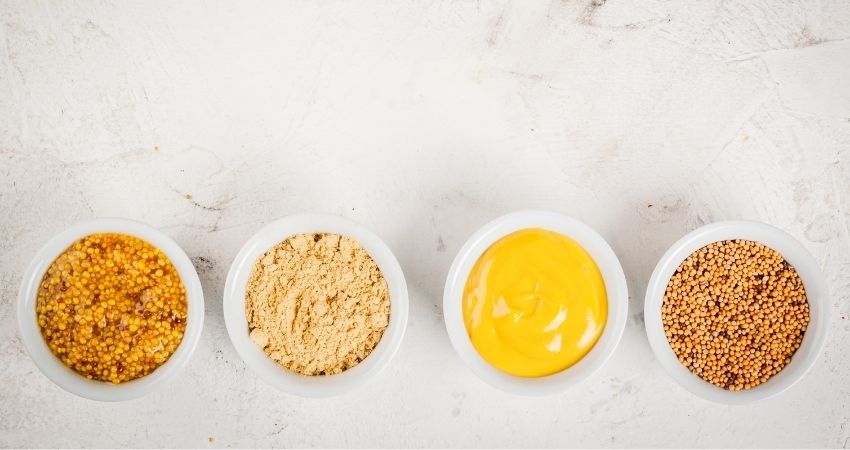 There have been a lot of mustard varieties started by either a single person or a company, but when it comes to the origins of who started using mustard, there is only one answer.

You may be curious where mustard originates from. I looked up the facts, and here is what I discovered!

Where Does Mustard Originate From?

Mustard as a condiment was first known to be used by the Romans. However, the mustard plant, where the mustard seeds come from, was first discovered in the Indian subcontinent by archaeologists. Mustard’s condiment recipe traveled towards Europe where more varieties developed as mustard became popular around the world.

Are you still wondering about the exact origins of mustard? Keep reading to find out more!

Mustard was first known to be used by the Romans, and the Romand mixed ground mustard seeds with unfermented grape juice to produce the mustard that they called “burning must.”

In the early 4th and 5th centuries, the Romans created a cookbook called De Re Coquinaria, and evidence of using mustard was found in the book.

Mustard was mixed with a lot of other spices and herbs such as pepper, fish sauce, oregano, dill, thyme, etc., and mustard was used as a glaze for a roasted boar recipe.

Additionally, before mustard was used as a spice or condiment, mustard was first used to treat illnesses.

During Roman times, mustard was used as a pain medication and to aid digestion.

Mustard’s medicinal usage led to its discovery as a spice and as a condiment when mixed with liquid.

How Was Mustard Discovered As A Spice?

As a spice, mustard was first known to be cultivated in the Indus Valley, which is where mustard plants were planted and mustard seeds were harvested.

Mustard is known as one of the oldest spices on Earth, found in Hippocratic writings, early Egyptian records, and more.

In Sanskrit records, as early as 3000 B.C., mustard was documented as a spice. Mustard plants were then domesticated and spread throughout India, Egypt, and China.

Greeks also considered mustard an everyday spice, growing their love and fondness for mustard thousands of years ago.

Mustard was the first primary spice of the Europeans before the discovery of other spices that rose from the Asian spice trade.

Where Does Dijon Mustard Originate From? 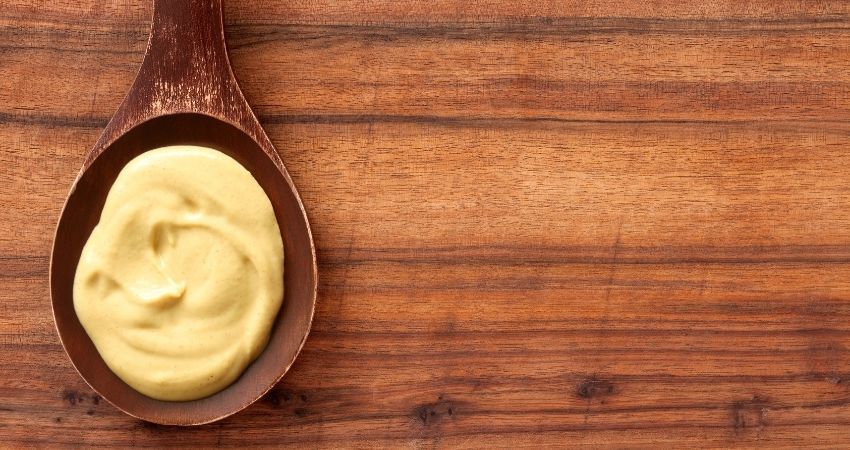 Dijon mustard was first produced in 1856, when a man named Jean Naigeon from the town of Dijon in France, replaced vinegar with verjuice to make mustard.

Verjuice is the acidic juice that comes from unripe grapes, and verjuice was mixed with the mustard seed powder to produce what is now known as Dijon mustard.

Due to the creation of Dijon mustard, Dijon is known as the mustard capital of the world.

Where Does Yellow Mustard Originate From?

Yellow mustard was first sold in the St. Louis World Fair in 1904, in Rochester New York, by George J. French to put over hotdogs, and it was the first yellow mustard in the United States.

Yellow mustard’s bright yellow color comes from a spice called turmeric, and this shade of yellow became the gold standard for American mustard.

Where Does Grey-Poupon Originate From?

Grey-Poupon mustard started with Maurice Grey, who made mustard using white wine instead of the traditional verjuice that was famous in Dijon.

Auguste Poupon, his partner and financial backer, aided this partnership with the help of the world’s first automatic mustard-making machine, creating the world-famous Grey-Poupon mustard.

Where Does Fruit Mustard Originate From?

While it may seem an unusual combination, fruit and mustard have been combined since the 14th century.

Mostarda di frutta was said to be a favorite of the Dukes of Milan and was served with meat and game.

Where Does English Mustard Originate From?

English mustard is a famous table condiment in the United Kingdom. In 1720, an English woman based in Durham by the name of Mrs. Clements was the first to sell English mustard in a prepared form.

Colman’s mustard is powdered and needs to be mixed with cold water before consuming or mixing with food to release the mustard’s heat and pungency.

Read our related articles to discover what crab mustard is, what black mustard is, and what Creole mustard is.

Mustard has a deep history, and the earliest known usage of mustard as a condiment is seen by the Romans.

However, mustard as a plant, spice, and medicine has been used for a long time since records of cultivating mustard plants was found in the Indus valley.