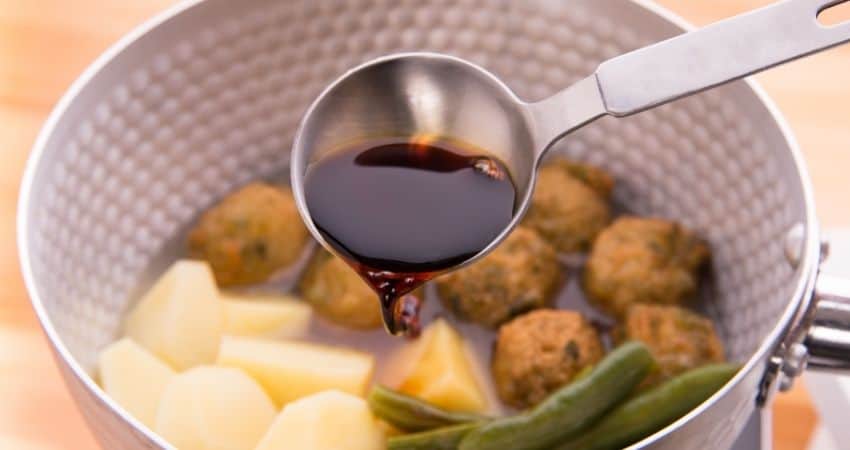 Soy sauce is a very popular ingredient that many recipes call for thanks to its salty and savory taste.

Despite soy sauce’s popularity, do you truly know what soy sauce is used for? I did the research, and here’s what I found!

What Is Soy Sauce Used For?

Soy sauce was originally used as a seasoning to add a salty and savory flavor to foods, but over the years soy sauce has grown to be a versatile condiment. Soy sauce can be used in dips, marinades, and much more. Moreover, the exact way you use soy sauce will depend on the type of soy sauce.

Do you want to learn more about how you should use soy sauce? Keep reading to find out!

What’s The Purpose Of Soy Sauce?

Originally, soy sauce was created as a way to stretch salt to easily make foods salty because the salt used to be expensive.

Therefore, the original purpose of soy sauce was to season foods without using too much pure salt.

However, soy sauce has proven to be a versatile ingredient throughout the years since you can use soy sauce in many ways.

Soy Sauce As A Marinade

Soy sauce is an excellent marinade for foods because soy sauce is full of flavor, meaning that foods like meat that sit in a soy sauce-based marinade will develop a deep and rich taste.

However, how you use soy sauce in a marinade will depend on your recipe and what type of soy sauce you use.

For instance, light soy sauce is commonly used in marinades to add a salty flavor to meats, but using light soy sauce as the base of your marinade may not be ideal because it will be overly salty.

Another example is using dark and regular soy sauce in a marinade, which not only adds a salty and savory flavor to foods but will also add a lot of rich color to your food, particularly to meats and chicken.

Regular and dark soy sauce can be a good base for your marinade since they are not as salty as light soy sauce.

Additionally, you can use a mixture of soy sauces, like light soy sauce and dark soy sauce, in your marinade.

Soy Sauce As A Dip 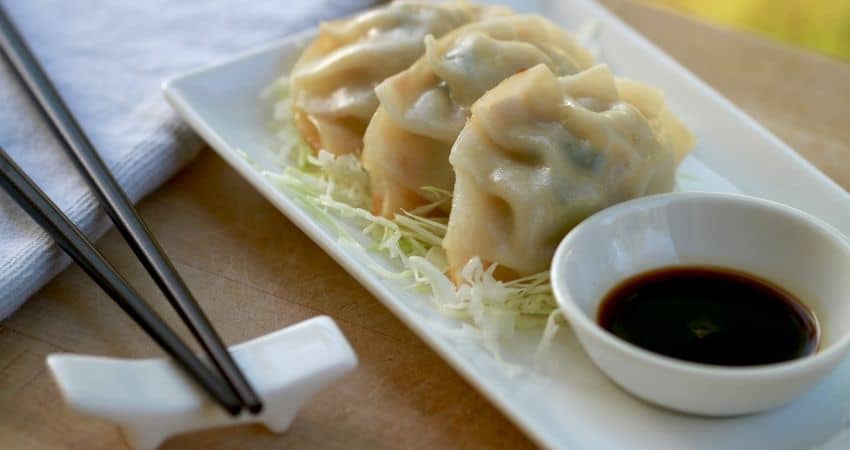 Depending on the soy sauce, you can use soy sauce alone as a dip for many foods, such as dumplings, meat, and more.

For instance, there are specialized soy sauces that you can buy to dip specific foods in, such as dumpling sauce, gyoza sauce, etc.

However, you can utilize soy sauces based on their flavor profiles to best suit to foods you want to dip them in.

On the other hand, dark soy sauces have a salty, savory, and mildly sweet flavor, making dark soy sauce an excellent base or stand-alone dip for most foods.

Moreover, you can mix soy sauces to create a unique dip, but you may still want to add other ingredients to the soy sauces.

For instance, mixing a little light soy sauce into dark soy sauce can add a bit of saltiness, and you can mix those soy sauces with other ingredients like vinegar and ginger.

Soy Sauce As A Seasoning

Soy sauce’s main purpose was as a salty seasoning, meaning soy sauce is still the perfect seasoning for most foods.

However, other types of soy sauce like dark soy sauce can also function as a seasoning, but they will have different flavor profiles.

For example, dark soy sauce has a complex and deep flavor because you can taste salty, savory, and sweet flavors, making dark soy sauce a unique seasoning for many foods.

In many cases, you can use a blend of different soy sauces if desired, but you need to have a light hand when you do this since the main flavors of most soy sauces are salty and savory.

Soy sauce can be an excellent ingredient if you want to add some color to your recipes, but it will depend on what kind of soy sauce you have.

Therefore, you can add dark soy sauce to recipes like fried rice, stir-fry, etc., to impart a richer and more appetizing color to the dishes.

Sweet and thick soy sauces are also very dark in color, and they are commonly used to add color to many recipes like satay while adding bursts of flavor.

However, you cannot use lighter-colored soy sauces like light soy sauce because they are too light to add any significant color change to your recipes.

Check out our related articles to learn about what is thin soy sauce, thick soy sauce substitutes, and what is shoyu sauce.

Soy sauce is a common ingredient in many recipes because there are so many ways you can use soy sauce.

Since there are a variety of soy sauces available, you can use different types of soy sauces for various purposes in the kitchen.