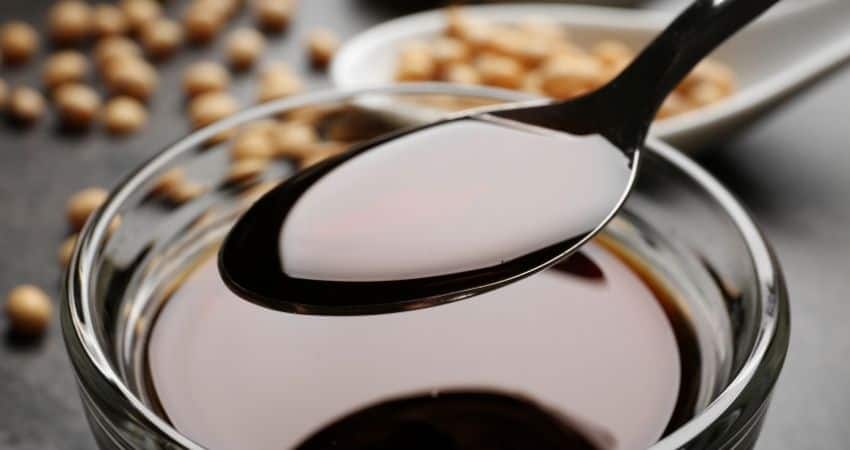 Most people know about soy sauce since soy sauce is a popular ingredient, and soy sauce has tons of varieties made around the world.

You may be wondering about shoyu soy sauce and if it is the same as regular soy sauce. I checked out the facts, and here is what I have learned!

What Is Shoyu Soy Sauce?

Do you wish to learn more facts about shoyu sauce? Then read the rest of the article to find out!

Shoyu sauce is soy sauce, and shoyu is a term often used to refer to Japanese-style and Japanese-made soy sauces because shoyu means soy in Japanese.

While soy sauce was invented in China, China brought soy sauce to Japan around 250 AD -710 AD.

Soy sauce quickly became popular in Japan, and the Japanese developed their own versions of soy sauce, coining the term “shoyu” sauce.

Whenever you see shoyu sauce, it will likely be a Japanese-style soy sauce, which has a slightly different taste and consistency to most other soy sauces.

Is Shoyu Sauce The Same As Soy Sauce?

Shoyu sauce is technically the same as soy sauce since shoyu is simply the Japanese word for soy, hence the name shoyu sauce.

Shoyu sauce is Japanese because shoyu is a Japanese word, and most soy sauces that are called shoyu sauce mean that they are soy sauces made in Japan.

Typically, shoyu has a mildly salty taste because the overall flavor of shoyu is meant to enhance other ingredients while cooking.

Moreover, shoyu sauces tend to be sweeter than other soy sauces, but shoyu sauce is still a savory condiment as well.

However, what the shoyu sauce will taste like will mostly depend on the brand and the exact type of shoyu sauce you get.

For instance, Kikkoman naturally brewed soy sauce is considered a shoyu sauce since Kikkoman is a Japanese brand, and Kikkoman has a distinctly salty and savory flavor with sweet and sour notes.

Another example is tamari, another popular type of soy sauce in Japan, that has a less salty yet very strong umami flavor because tamari contains a lot of soybeans and no wheat.

How Do You Use Shoyu Sauce? 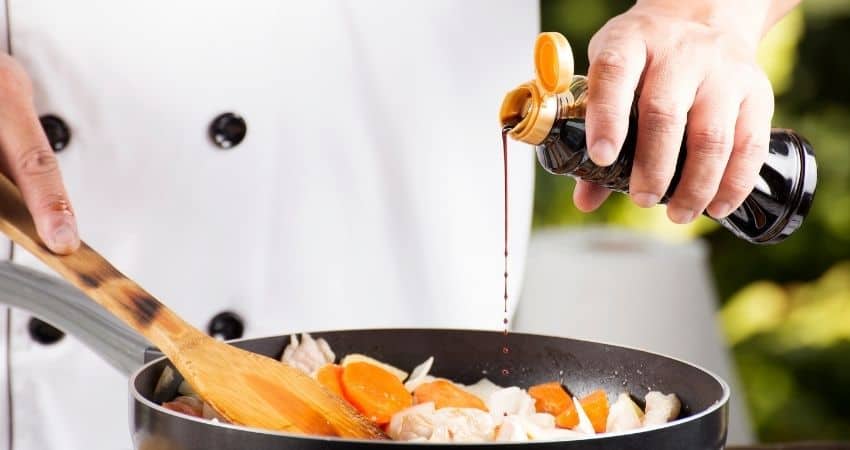 Normally, you can use shoyu sauce as you would usually use soy sauce, which includes using shoyu sauce as a dip, a base for sauces, seasoning, coloring, marinades, and more.

However, the exact way you would shoyu sauce will greatly depend on the type of shoyu sauce you have.

For example, if you have Kikkoman Naturally Brewed Soy Sauce, this shoyu sauce will work in most Japanese recipes that call for soy sauce or shoyu sauce.

If you have tamari shoyu sauce, then you can use tamari as a seasoning for meats and soups, in marinades, or as a dip for sashimi and sushi.

What Can I Substitute For Shoyu Sauce?

In most cases, you can use regular soy sauce in place of shoyu sauce since shoyu sauce is Japanese soy sauce.

Can I Use Shoyu Sauce Instead Of Chinese Soy Sauce?

In most cases, you can use shoyu sauce to replace regular and dark Chinese soy sauce in an equal 1:1 ratio, but you may want to add a bit of salt to your shoyu sauce.

Can I Use Shoyu Sauce Instead Of Sweet Soy Sauce?

Add a bit of cornstarch and a good amount of sugar into the shoyu sauce to create a sweeter and thicker texture, mimicking sweet soy sauce.

Can I Use Shoyu Sauce Instead Of Light Soy Sauce?

For instance, most shoyu sauces have a very bold and deep savory flavor with a hint of sweetness whereas light soy sauce is more mellow with a saltier flavor.

Can I Use Shoyu Sauce Instead Of Dark Soy Sauce?

If you want to learn about when soy sauce packets go back, if soy sauce tenderizes meat, and how to use soy sauce in Vietnamese food, check out our related articles.

Shoyu sauces are typically dark and bold, and shoyu sauce is very versatile in the kitchen because you can use it as a seasoning, marinade, dip, and more.