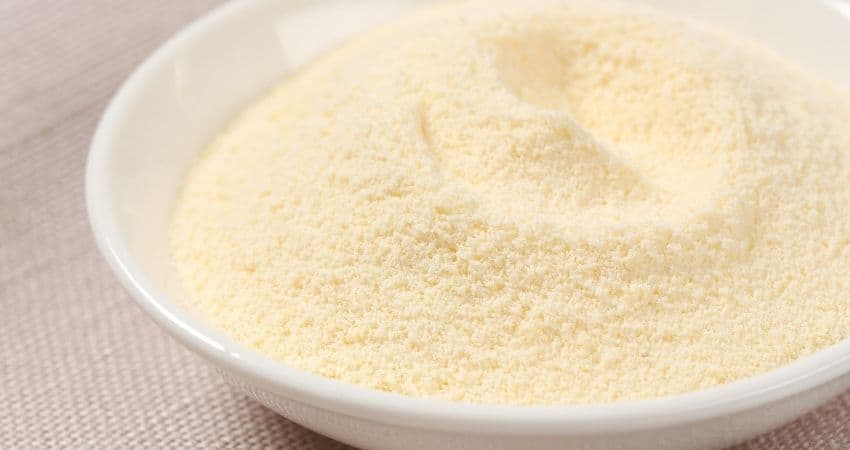 While most types of flour are made from common wheat, various types of wheat can be turned into fantastic flour. For instance, semolina is a variant of wheat that is often turned into semolina flour.

What Is Semolina Flour?

What Is Semolina Flour Made Of?

Semolina flour is created from durum wheat, which is ground a bit coarsely compared to most kinds of flour. Durum is a type of wheat that is not the same as common wheat used to make regular flour.

What Is The English Name Of Semolina Flour?

What Is Semolina Flour Used For?

For instance, semolina flour is often used to make pasta recipes. Semolina flour will make the pasta chewy and offer a slightly coarse texture, which will allow sauces to stick to the pasta well.

However, semolina flour can also be used to make baked goods like bread since the gluten in semolina will make the bread rise.

What Is The Difference Between Semolina Flour And Regular Flour?

Since they are made from different kinds of wheat, they will differ when used. For example, semolina flour generally has a coarse texture while regular flour is very fine.

Moreover, they have different gluten levels, which will greatly impact your dishes. Regular flour normally has 8-11% gluten whereas semolina flour can have 13% gluten or higher.

Therefore, the texture, structure, and size of your dishes will be different. Regular flour will create light and softer dishes while semolina flour makes denser, chewier, and heavier dishes. 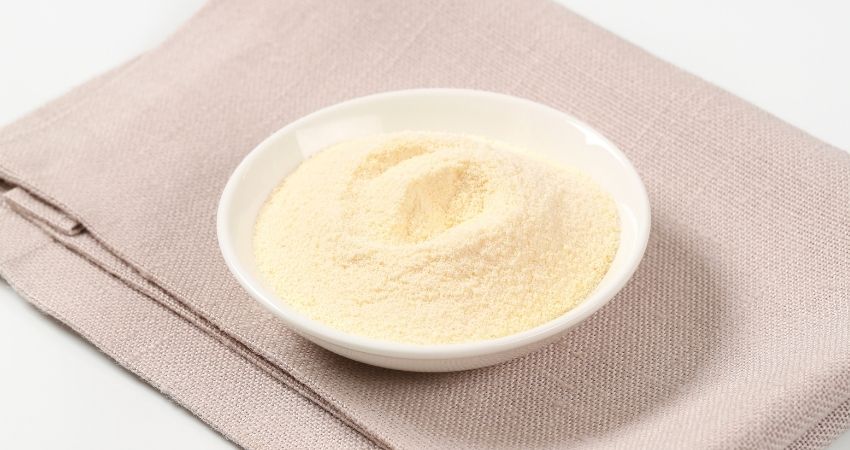 Deciding if semolina flour is better than wheat flour will mostly depend on the recipe. Since every recipe will have different needs, a different type of flour will suit each recipe.

Although, most wheat flour like all-purpose flour has low gluten levels, which will not offer much structure compared to semolina flour. Some exceptions to that will be bread flour, which has a gluten level of 13% or more.

Is Bread Flour The Same As Semolina Flour?

However, many people use semolina flour and bread flour interchangeably in many recipes. Bread flour has a similar gluten content to semolina flour, making them easy to switch out between each other.

Are Polenta And Semolina The Same?

Since they are made from different ingredients, they will have different uses and properties. For example, semolina is high in gluten thanks to the durum wheat whereas polenta does not have gluten since polenta is made from corn.

Due to the different gluten levels, they will be best used for different recipes. For instance, ground polenta can work in recipes that do not require rise whereas semolina flour will be better used for recipes that need structure and rise.

What Is A Substitute For Semolina Flour?

If you want to find out what sorghum flour is, what sweet rice flour is, and what soya flour is, read our other articles.

Normally, semolina flour has a high gluten content, which can be 13% or higher. Therefore, semolina flour works best for high-gluten recipes, such as pasta and bread recipes.