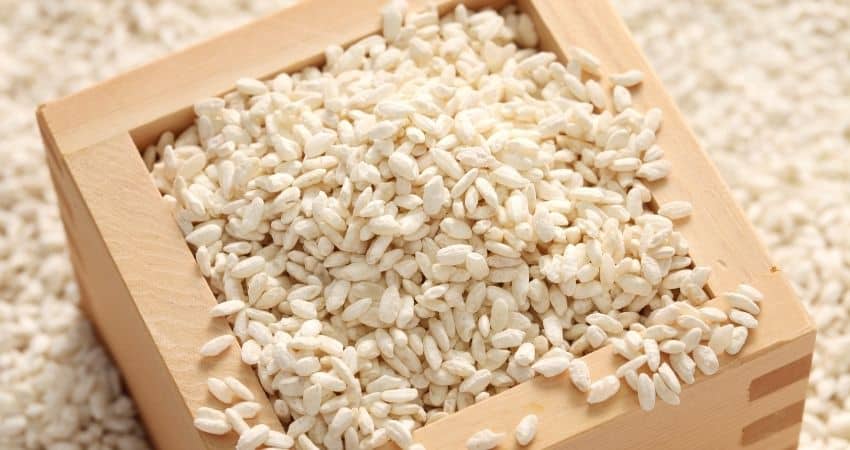 Rice can be cooked and seasoned in different ways to make rice suit all kinds of meat and vegetable dishes. However, rice is so versatile, rice can be used as more than a side dish, such as malted rice.

If you’ve never heard of malted rice before, you might be wondering what malted rice is. I looked into it, and here’s what I found!

What Is Malted Rice?

Malted rice is also called rice syrup, brown rice syrup, and rice malt. While there is no confirmation as to the origins of malted rice, it is believed that malted rice came from Asia. Additionally, malted rice can be used the same way as other liquid sweeteners. You can use malted rice to sweeten coffee and to top waffles and desserts.

In case you’re interested to learn more about how malted rice is prepared and what different uses malted rice has, keep reading!

Where Did Malted Rice Come From?

There is no way to confirm where malted rice originated. However, there is reason to believe that malted rice was first used by Asians as an alternative to other types of sweeteners.

Presumably, this is because rice is a common grain in Asia and is, therefore, an accessible ingredient for many to work with.

What Is Malted Rice Made Of?

Malted rice is mostly made of brown rice. In some cases, malted rice can also be made from short-grain white rice.

Often, brown rice is malted by exposing the brown rice to saccharifying enzymes. For homemade malted rice, barley malt powder is the preferred ingredient to ferment the rice.

Apart from rice and enzymes or powder, the only other ingredient needed to make malted rice is water.

How Do You Make Malted Rice?

Malted rice is made by cooking brown rice and mixing it with natural enzymes that will convert the starch in the grains into sugar.

Once the sweet liquid has been produced, the liquid is boiled. During this process, the liquid turns into a light brown syrup.

After mixing the rice with the powder, cook them over medium heat. Let the mixture rest for one hour afterward then turn on the heat. Repeat this process for six hours.

Fully fermented, the mixture is now ready to be strained using a hemp cloth. Discard the solids and boil the strained liquid for ninety minutes. 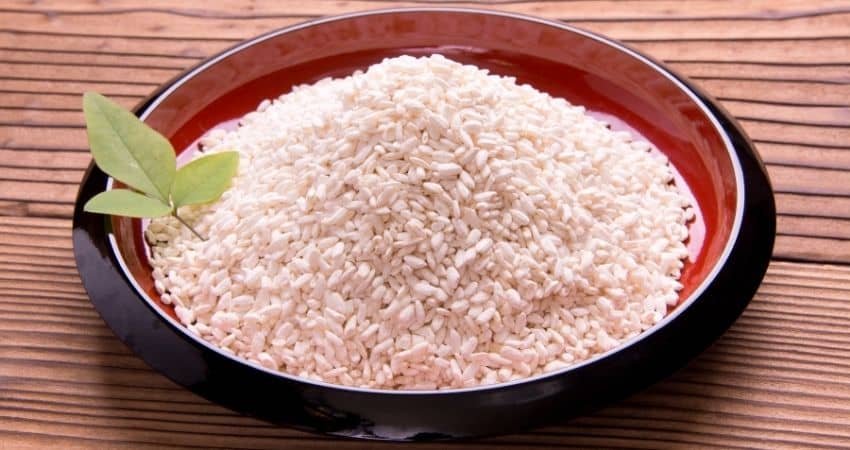 While some malted rice does not contain gluten, there is malted rice that is made with barley enzymes and is therefore not gluten-free.

What Is Organic Malted Rice?

This means that the rice syrup has no antibiotics, biotechnology, pesticides, and synthetic growth hormones. Moreover, the malted rice’s production doesn’t use irradiation.

Barley is a different type of cereal grain from rice. As its name implies, malted rice makes use of rice, although barely-containing ingredients can be used to make malted rice.

Additionally, while ‘malt’ is commonly associated with barley, other types of grains can also be malted, and they do not always have to include barely to be processed.

How Do You Use Malted Rice?

Malted rice can be used in a wide variety of ways. Typically, malted rice is added to beverages like tea and coffee to sweeten them.

Moreover, malted rice is used as a substitute for white sugar or other liquid sweeteners. You can use malted rice to sweeten waffles and pancakes or a topping to almost any dessert.

You can also cook and bake with malted rice, although it is integral that you adjust the amount you use so as not to make your dish or pastry excessively sweet.

Malted rice often refers to rice syrup. However, there is also a rice that has been malted to produce alcohol.

Additionally, malted rice is used as a syrup and malted rice used in alcoholic beverages is processed in different ways.

Rice can be malted to produce an all-rice malt beer. Nevertheless, the process of creating a malted rice beer is different from producing a rice syrup.

Additionally, rice syrup is a different product from malted rice beer, and they are often made with different ingredients.

Furthermore, dairy products are not normally used to enhance malted rice. However, it is still best to check the ingredients of malted rice products to be sure.

What Is Malted Rice Miso?

Can You Malt White Rice?

White rice can be malted similarly to brown rice since white rice is just unpolished brown rice. However, there is no guarantee that they will taste the same.

Brown rice syrup usually has nutty undertones to complement its sweetness while white rice syrup tends to be more floral and plain sweet.

Malted rice is less sweet compared to sugar, honey, and agave nectar. Often, malted rice has a nutty flavor that is similar to butterscotch.

If you want to learn what masoori rice is, what Young Chow fried rice is, and what black rice is, read our other articles.

Malted rice refers to rice syrup, which is a liquid sweetener commonly used as a replacement for maple syrup, honey, and white sugar.

Additionally, malted rice is often made using brown rice, and this gives the malted rice a subtle earthy flavor. Compared to other liquid sweeteners, malted rice has a milder flavor.