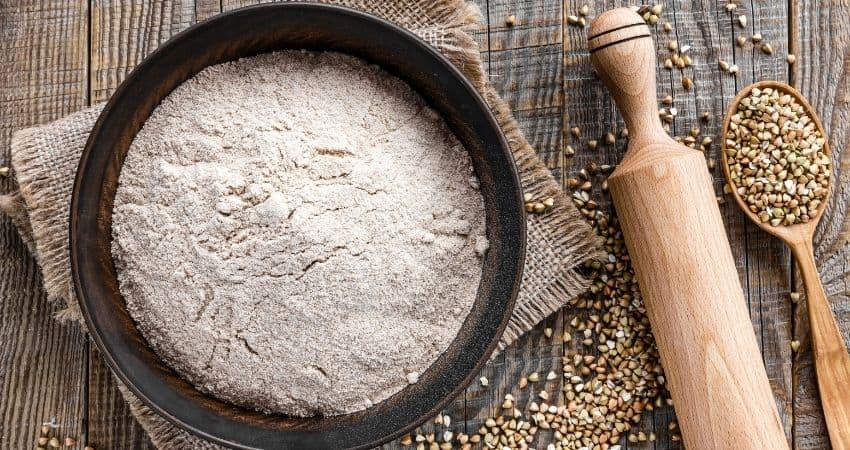 While regular flour can work in most recipes, you may be curious about other types of flour that you could use. One unique and tasty type of flour people have been using is kuttu flour.

If this is the first you’ve heard of kuttu flour, you may be wondering what kuttu flour is. I did some digging, and this is what I discovered!

What Is Kuttu Flour?

Do you want to learn what kuttu flour tastes like, if kuttu flour is gluten-free, and what you can substitute for kuttu flour? Keep reading!

What Is Kuttu Flour Made Of?

What Are Other Names For Kuttu Flour?

Technically, kuttu flour is not wheat because kuttu is not a grain, but some people may refer to kuttu as a pseudo-grain because it acts and looks like a grain.

What Is Kuttu Flour Used For?

Usually, kuttu flour is used during the nine days of fasting in India to create various savory dishes such as kuttu pakoras and kuttu ka paratha.

However, kuttu flour is now widely used around the world to help create many baked goods, but kuttu flour is often only used to partially replace wheat flour in recipes.

Moreover, buckwheat flour does not have any gluten, so most baking recipes need to have other types of flour that do have gluten to provide volume and structure to the baked goods.

Additionally, some people may mix prefer to mix kuttu flour with other types of flour to tame the flavor of kuttu flour since kuttu flour has a fairly strong flavor.

Is Quinoa And Kuttu Flour The Same?

Technically, quinoa and kuttu flour are not the same since quinoa is whole seeds whereas kuttu flour is ground kuttu or buckwheat.

Both quinoa and kuttu themselves are considered seeds, but some people refer to kuttu as a pseudo-grain since kuttu can function like grain, which is why kuttu can be turned into flour.

However, it is worth noting that there is quinoa flour but quinoa flour is not as widely used as kuttu flour.

Is Kuttu Flour And Singhara Atta The Same?

Singhara is considered a fruit while kuttu is known to be a pseudo-grain, so they may behave slightly differently in recipes.

Does Kuttu Flour Have Gluten? 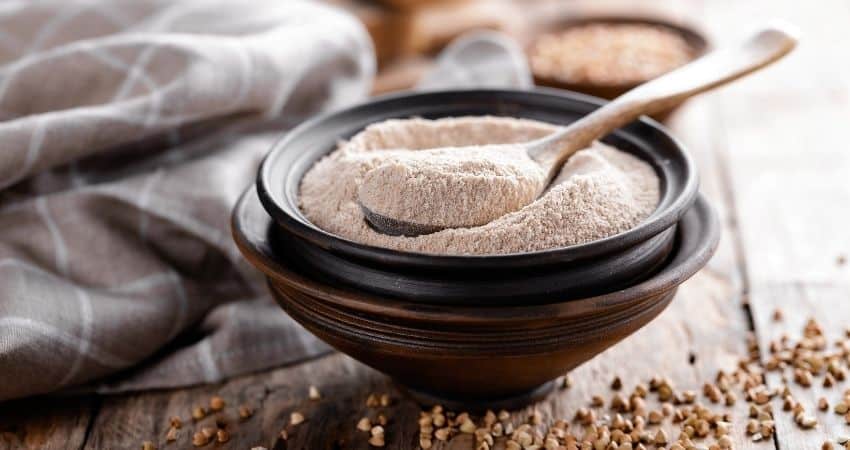 What Is The Difference Between Kuttu Flour And Regular Flour?

Usually, using kuttu flour solely for a recipe will yield very soft results whereas you will get firmer textures with regular flour.

Plus, kuttu flour can be soft white or pale tan while regular flour is usually stark white.

Is Kuttu Flour The Same As Wheat Flour?

Can I Use Kuttu Flour To Replace Wheat Flour?

In some cases, you can use kuttu flour to replace wheat flour, especially if you are making a recipe like flatbread or pancakes.

However, kuttu flour cannot completely replace wheat flour in most recipes because kuttu flour does not have gluten, so you will not get much structure or volume in your dishes.

What Can I Substitute For Kuttu Flour?

If you do not mind eating gluten, all-purpose flour can be a good substitute for most recipes that need kuttu flour except for flatter recipes like flatbread.

If you want to stick to gluten-free flour, chickpea flour and oat flour can be great alternatives to kuttu flour.

If you want to maintain the nutty flavor of kuttu flour while still being gluten-free, almond flour is an excellent replacement for kuttu flour.

Check out our related articles to discover what keto flour is, what King Arthur flour is, and what jowar flour is.

Generally, kuttu flour is commonly used in India, but kuttu flour can be mixed with other types of flour to create various recipes, such as baked goods.