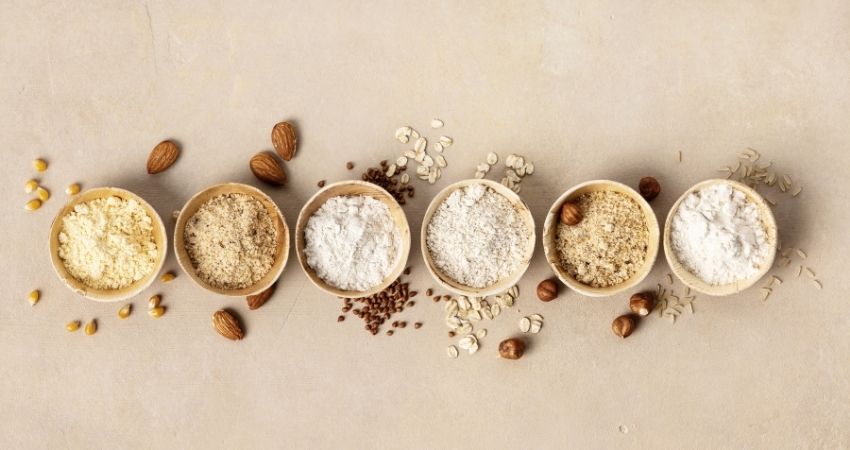 Keto diets have gained a lot of popularity over the years, and most people on keto diets refrain from foods that contain flour. However, there is keto-friendly flour available called keto flour.

If you have never heard of keto flour before, you may be wondering what keto flour is. I looked up the facts, and this is what I found!

What Is Keto Flour?

Keto flour refers to any flour that contains little to no carbs. Generally, some examples of keto flour include almond flour, chia flour, coconut flour, and pork rind flour. While keto flour is not a specific kind of flour, many brands have created their versions of keto flour, such as King Arthur Keto Wheat Flour.

Do you want to learn what flour can be considered keto flour, if keto flour is gluten-free, and more? Keep reading!

What Is Considered Keto Flour?

Flour can be considered keto flour if the flour has very few carbs or zero carbs. Therefore, common types of flour like wheat flour are not keto flour.

Generally, keto diets state that people’s diets should only have 5-10% (or less) carbs, which is roughly 20-50 grams of carbs a day.

Keto diets require low-carb intake because the idea is to replace most of your carbohydrate intake with fat, which puts your body in a metabolic state that is called ketosis.

Unfortunately, most types of food that contain regular flour are usually high in carbs, which is why most people who follow keto diets need to find keto flour.

Typically, keto flour is not a specific type of flour, so any flour that is very low in carbs can be called keto flour.

Almond flour can be keto flour and almond flour happens to be one of the most popular flour substitutes since two tablespoons of almond flour contain 1 gram of net carbs and 3 grams of total carbs.

Coconut flour is keto flour because 2 tablespoons of coconut flour contain 4 grams of net carbs and 9 grams of total carbs.

Keep in mind that coconut flour can absorb a lot of moisture from dishes, so you may need to compensate by adding a bit more liquid into your recipes. 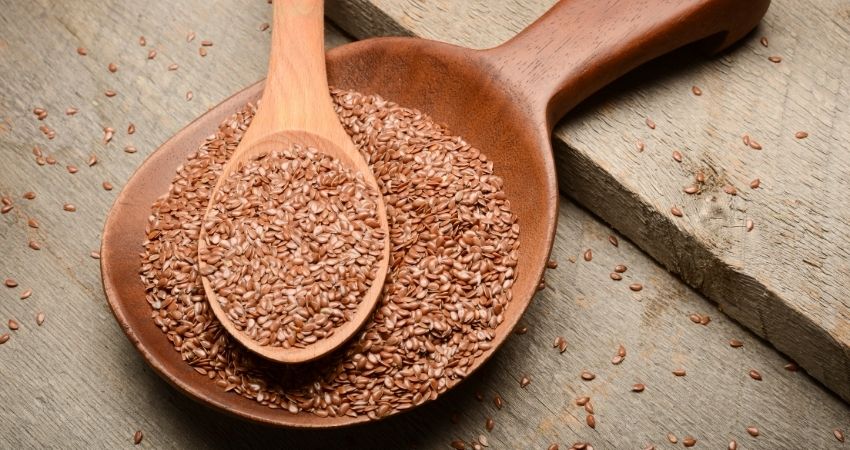 Flaxseed meal is another type of keto flour created from ground flaxseeds and flaxseed meal contains 0 grams of net carbs and 4 grams of total carbs per two tablespoons.

Chia flour is keto flour because chia flour is made from ground chia seeds, which gives chia flour 0 grams of net carbs and 5 grams of total carbs for every two-tablespoon serving.

However, chia flour is not often used on its own as flour, so it may be better to mix chia flour with other keto flour.

Like coconut flour and flaxseed meal, chia flour absorbs a lot of water similar to chia seeds, so you will need to add more liquid to your recipe.

Pork rind flour is keto flour, and it is a unique type of flour created from crushed and fried pork skins, which makes pork rind flour high in fat and low in carbs.

Lupin flour is flour created from sweet lupin beans, and it is a keto flour since ¼ cup of lupin flour has 1 gram of net carbs and 11 grams of total carbs.

Are There Brands Of Keto Flour?

Some brands create keto flour, and one of the most popular ones is King Arthur Keto Wheat Flour because it tastes like wheat flour and can be substituted in an equal ratio to regular wheat flour.

Another example is Keto 1.0 All-Purpose Bread Mix, which is a baking bread mix that contains 7 grams of carbs per serving.

Keto flour being gluten-free will mostly depend on the type of gluten flour that you get since many types of keto flour can be made from different ingredients.

However, keto flour like King Arthur Keto Wheat Flour is not gluten-free because it is made from wheat.

Read our other articles to discover what King Arthur flour is, what jowar flour is, and what Japanese bread flour is.

Keto flour is not a specific variant of flour, but keto flour refers to any type of flour that contains little to no carbs.

Some flour that can be considered keto flour is almond flour, chia flour, coconut flour, and more. Plus, there are some brands like King Arthur that create keto-friendly flour.