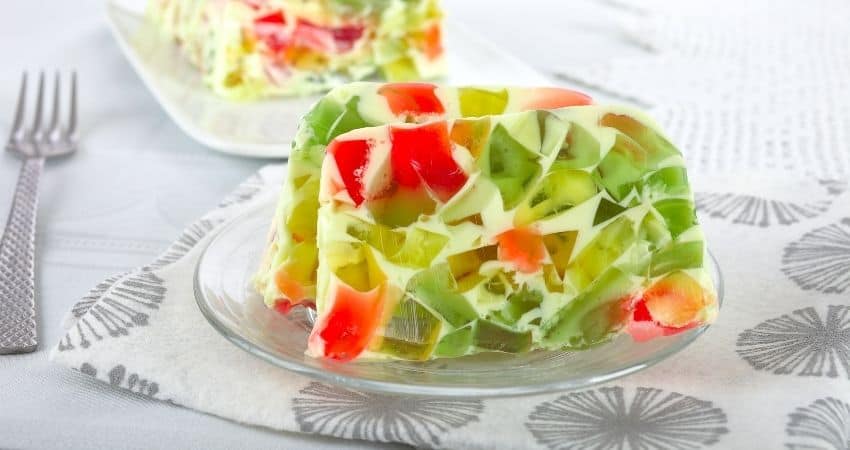 Gelatin dishes have been popular even before the brand Jell-O boomed in the United States. Many Jello recipes rose to fame, but not quite the same way as Jello salads did.

If you have never seen or heard of a Jello salad, you might be wondering what Jello salad is and how Jello salad came to be. I looked into it, and here is what I discovered!

What Is Jello Salad?

Jello salad is mainly an American dish made by combining flavored gelatin with a variety of fruits and vegetables. Depending on the recipe, Jello salad can have traditional salad ingredients like cheese and nuts. While Jello salads were a staple in American get-togethers in the 1960s, Jello salads are not so common today, and some people consider Jello salads distasteful.

In case you are interested to learn more about the origins of Jello salad, how Jello salad rose to fame, and why Jello salads are so rare nowadays, keep reading!

Why Is Jell-O Called Salad?

Jell-O salad is called as such because Jello salads are typically made with salad ingredients. Technically, Jello salads are vegetable and fruit salads turned into a dessert through gelatin.

Ingredients like shredded chicken and tuna, sliced fruits, and shredded vegetables were often molded with sugary gelatin or Jello mixes.

Additionally, Jello salads were served as the centerpiece to a platter of salad greens, eggs, nuts, and other salad staples.

Why Did They Make Jello Salad?

Jello salad was popular in the 1960s because people were looking for ways to serve salads and other types of food without making a mess.

Since gelatin holds all the ingredients together, serving and eating a wide variety of molded food became neater and more preferable, especially for wives and the cooks of the house.

Additionally, the onset of Jell-O and other instant gelatin mixes made molding salads less time, energy, and resources.

Moreover, Jello salads made food pleasing to look at because Jello came in various flavors and they brought a different appeal to the usual salads and home-cooked meals.

From then onwards, Jello salad became increasingly popular in households and was high in demand for a long time.

When Did Congealed Salads Become Popular?

Congealed salads, which is another name for Jello salads, became popular around 1905 when Mrs. John Cooke won third prize in a cooking contest held by Knox Gelatin.

Until the 1980s, congealed salads were a staple in almost every American home.

Why Do Americans Eat Jello Salad?

Americans eat Jello salad for many reasons. At the onset of instant Jello, people indulged in Jello because gelatin used to be something only rich people had access to.

Moreover, housewives and cooks found interesting and easy ways to present their food better and enhance the eating experience of their families.

During the Great Depression, homemakers could stretch their resources by mixing leftovers and turning the leftovers into Jello salads.

There are a lot of Americans who still eat Jello salad, and most of them are older adults or millennials who were served Jello salads when they were young.

However, Jello salads have generally grown out of favor among the American public, and those who still eat Jello salads often do so out of nostalgia.

What Is The Green Jello Salad Called? 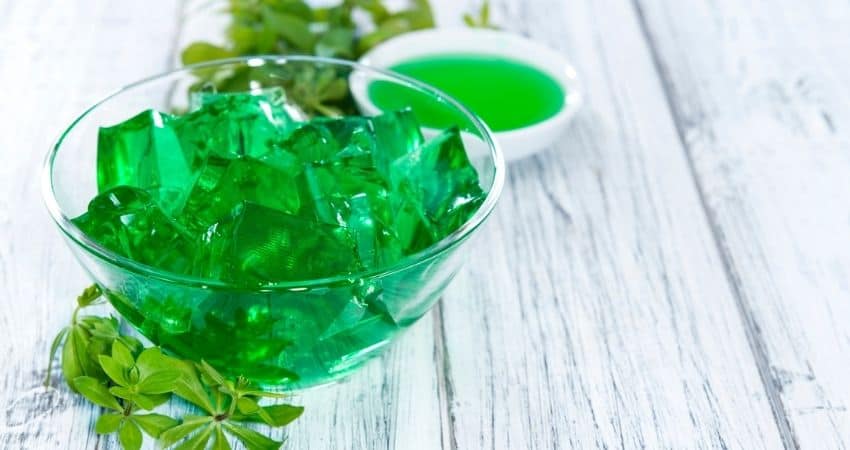 Lime Jello salad is the green Jello salad that rose to fame around the mid-twentieth century when Jell-O initially launched lime-flavored gelatin.

What Is Lime Jello Salad?

What Is Orange Jello Salad?

What Is The Name For Jello Salad?

Jello salad has a lot of alternative names, some of which are perfection salad, congealed salad, gelatin salad, and molded salad.

What Is Jello Salad Thanksgiving?

Jello salad was a popular Thanksgiving treat in America in the early and mid-twentieth centuries. At that time, there were not any staple Thanksgiving Jello salad recipes.

That said, there were Thanksgiving Jello salad recipes that outlived others, and most of them were trends that favored the sweet Jello salads over the savory ones.

Throughout the years, Jello salads for Thanksgiving evolved from containing vegetables and meat to having mostly dessert ingredients like fruits, nuts, whipped cream, and milk.

Why Did Jello Salad Fail?

Jello salad failed because people developed new preferences in food in terms of taste and presentation.

Moreover, a lot of people found the idea of putting vegetables and meat in Jello strange not only because of how it looks but the peculiar mouthfeel Jello salads have.

What Is the Best Fruit To Put In Jello?

Some of the best fruits to add to Jello are strawberries, apples, oranges, blueberries, blackberries, cherries, peaches, lemons, and plums.

What Fruit Should You Not Put In Jello?

Some fruits like kiwi, pineapple, mango, and guava contain protease, which prevents the Jello from forming and setting, which is why these fruits should never be mixed with Jello.

How Do You Add Fruit to Jello Gelatin?

To add fruits to Jello, you have to wait until the Jello has partially set or at least developed a thick consistency. This way, the fruits will not sink to the bottom.

Additionally, you can add fruits per layer by putting the fruits on the surface of the set Jello and then pouring a freshly prepared Jello on top.

Read our other articles to discover if Jello is made out of bones, if Jello is vegan, and a full list of Jello brands.

Jello salads were a staple in American homes for most of the twentieth century. Mainly, wives and cooks used Jello because Jello enhanced the presentation and taste of their food.

Moreover, serving food in molded Jello saved a lot of sugar and made less of a mess and this was particularly true when Jell-O launched and instant gelatin became available to everyone.

However, Jello salads fell out of favor in the 1980s. Nonetheless, there are still Americans who serve Jello salads out of nostalgia and a liking for Jello.