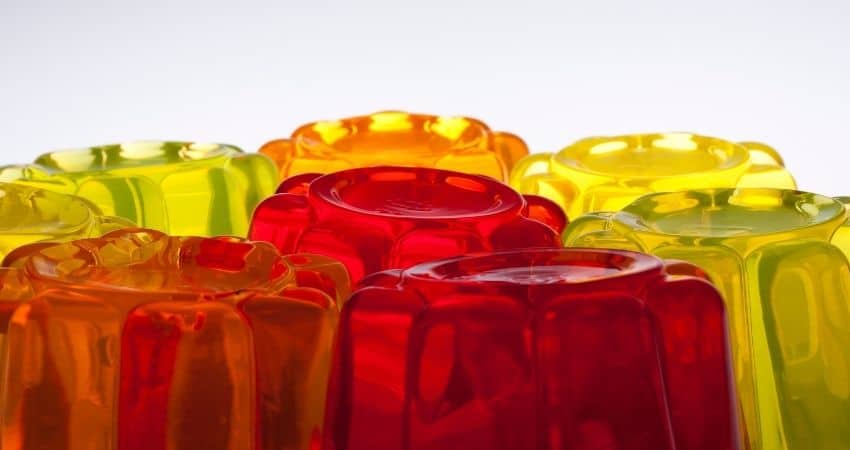 Jello is a well-loved food not only in America but also in other parts of the world. However, unlike in America, other countries call Jello a different name.

If you find yourself in Australia craving for a Jello dessert, you might be wondering what the locals call Jello. I looked into it, and here is what I found!

What Is Jello Called In Australia?

Jello is called ‘jelly’ in Australia. Technically, Jello is a type of jelly, and Jello’s name is derived from the popular American brand Jell-O. In Australia, Jell-O’s equivalent is Aeroplane Jelly. Despite being called jelly, Aeroplane Jelly is generally the same as American Jello and can be used to prepare the same kind of desserts as any Jello brand.

What Is Jelly Made Of In Australia?

Depending on the brand, jelly in Australia can be made from the same variety of sources as American Jello.

Generally, Australian jelly is animal-based and can be sourced from pigs and cows. However, there may also be Australian Jello with plant-based gelatin.

What Is The Australian Equivalent To Jello?

Aeroplane Jelly is the Australian equivalent of America’s Jell-O. While one is called jelly and the other Jello, they are technically the same type of flavored gelatin.

Unlike in America, Australians use ‘jelly’ instead of ‘Jello’ because Australia’s staple brand is not America’s Jell-O.

Is Aeroplane A Jelly?

Aeroplane is a jelly and is similar to American Jello brands. Like American Jello, Aeroplane Jelly is made from animal-based gelatin, sweeteners, and artificial ingredients.

Additionally, it is important to note that Aeroplane Jelly is not the same as American jelly, which is a sandwich spread that is made from sugar and preserved fruit.

What Is Aeroplane Jelly Made Of?

Aeroplane Jelly is made of beef gelatin, sugar, flavoring, acidity regulators, and food coloring. Depending on the specific Aeroplane Jelly format you are buying, the ingredients may vary slightly.

Why Is It Called Aeroplane Jelly?

When Aeroplane Jelly was conceived, aviation was on the rise, and people found airplanes to be an exciting invention.

Is Aeroplane Jelly the Same As Gelatin?

Aeroplane Jelly contains gelatin and is considered a gelatin product. However, unlike gelatin which is traditionally plain in appearance and flavor, Aeroplane Jelly is produced with sweeteners and food coloring.

How Long Does It Take For Aeroplane Jelly To Set?

Determining the amount of time it takes for Aeroplane Jelly to set depends on the recipe you are following and the volume you are making.

Typically, Aeroplane Jelly only needs around two to three hours to set in the fridge if you are following the recommended recipe on the back of the package. 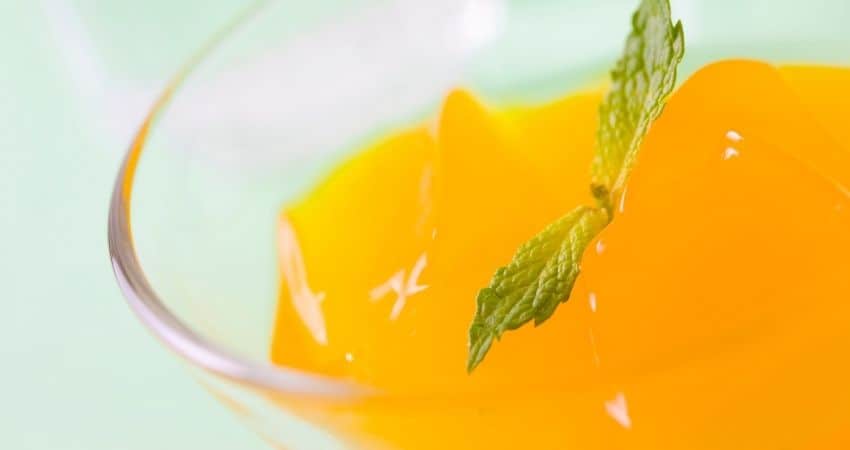 Like all Jello and jelly products, Aeroplane Jelly eventually expires. Nevertheless, the rate of expiration depends on several factors.

As for prepared Aeroplane Jelly, you can store it in the fridge for a maximum of ten days. After which, the Aeroplane Jelly’s quality may deteriorate or show signs of spoilage.

How Long Can You Keep Aeroplane Jelly In The Fridge?

Here is a list of all the halal Aeroplane Jelly products for your reference:

Additionally, it is important to note that the Aeroplane Jelly flavors not listed above are not halal suitable because the flavors either contain alcohol, carmine flavoring, or both.

How Much Gelatin Is In Aeroplane Jelly?

Aeroplane Jelly does not indicate the amount of gelatin they use in their jelly.

Nevertheless, based on the ingredient list, gelatin is next to sugar in terms of quantity. As such, you can expect that a large portion of Aeroplane Jelly is gelatin.

If you want to learn what Jello powder is, types of Jello, and all the Jello flavors, read our related articles.

In Australia, Jello is called jelly, and must not be confused with American jelly, which is a spread made with preserved fruits.