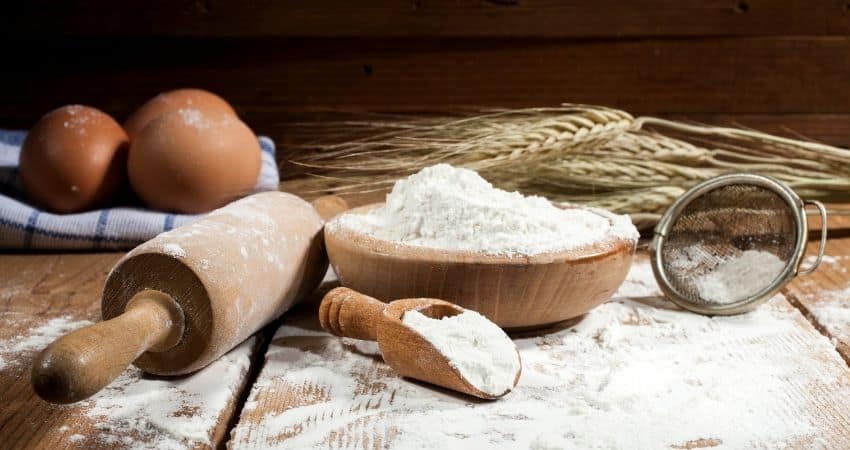 Tons of recipes will call for flour due to flour’s versatility, but that does not mean just any type of flour can be used for every recipe. Many variants of flour serve unique purposes, such as hard flour.

If you have never used hard flour before, you may be wondering what hard flour is and how hard flour differs from plain flour. I did the research, and this is what I discovered!

What Is Hard Flour?

Hard flour is flour that is made from hard red wheat or hard white wheat. Generally, hard flour contains around 13-14% gluten, which is ideal for recipes that have yeast or need to rise, be stable, and have a firm texture. Moreover, hard flour goes by other names, which include bread flour and strong flour.

Do you want to learn what the difference between soft flour and hard flour is, how to tell if you have hard flour, and more? Keep reading!

What Is Hard Flour Made Of?

Normally, hard flour can be milled from two different types of whole wheat, which are hard white wheat and hard red wheat.

What Is Hard Flour Used For?

Typically, hard flour is used for recipes that need a lot of gluten since hard flour has at least 11-13% gluten but some variants of hard flour can reach 13-14% gluten.

Gluten is a crucial ingredient for most bread recipes because gluten gives bread dough a great texture and elasticity.

Moreover, gluten traps carbon dioxide that yeast produces to help the dough form and rise, which is ideal for bread loaves, pizza crusts, and more.

Therefore, almost every baking recipe that calls for yeast will benefit from hard flour to trap carbon dioxide in the dough to create excellent results.

What Is The Difference Between Hard Flour And Soft Flour?

Since soft flour is made from soft wheat, soft wheat is a lower protein strain of wheat. Therefore, soft wheat has less gluten than hard wheat.

Depending on the type of soft flour, soft flour normally has 7.5-9% gluten whereas hard flour can have up to 13-14% gluten.

Normally, it is not ideal to switch hard flour for soft flour and vice versa because you will get completely different shapes and textures.

For instance, if you were to use soft flour like cake flour for a bread loaf recipe, your bread loaf will have little to no rise and be too soft.

Alternatively, if you were to use hard flour for a tender cake recipe, your cakes will rise too much with a very dense and chewy texture.

How Can You Tell If Flour Is Hard? 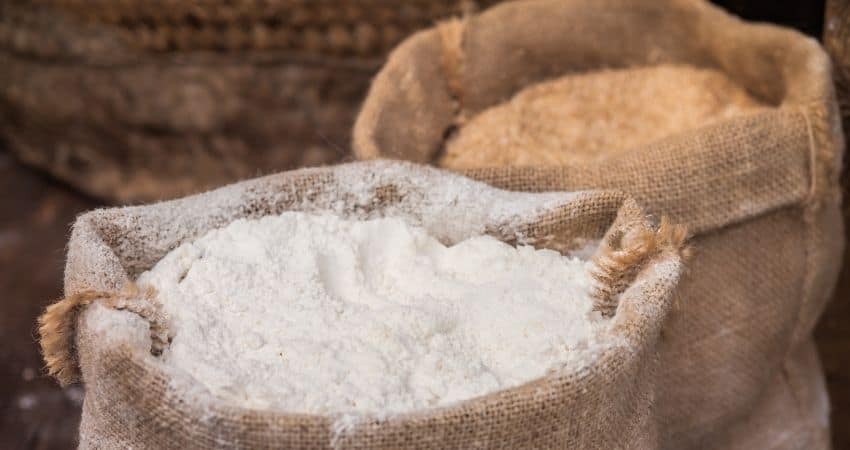 It is a bit hard to figure out if you have hard flour by eye alone, but there are a few things you can look out for.

For instance, hard flour feels denser and coarser than other types of flour with a slightly off-white color.

However, you should not try to taste the flour since hard flour usually tastes the same as other types of flour.

Is Hard Flour The Same As Bread Flour?

Hard flour is the same as bread flour because most people call hard flour bread flour. After all, most types of hard flour are used to create bread recipes.

Therefore, if you see bread flour in the store or a recipe and if your flour says “hard flour,” it is likely perfectly safe to use for bread.

Is Hard Flour The Same As Strong Flour?

Similar to bread flour, hard flour is the same as strong flour because all these terms refer to flour made from hard wheat with high gluten levels.

However, if you need a specific level of gluten in your recipe, it would be best to check the nutrition facts of your strong flour because not all strong flour is made the same.

Some manufacturers may have slightly lower gluten content for their strong flour since some of them have 11-13% gluten.

Is Hard Flour The Same As All-Purpose Flour?

What Can I Substitute For Hard Flour?

If you are not fussed about having a firm texture, plain flour or all-purpose flour is an acceptable replacement for hard flour.

On the other hand, you can try to mimic hard flour by mixing a bit of vital wheat gluten into your all-purpose flour.

Remember that adding vital wheat gluten to all-purpose flour does not perfectly copy hard flour, but it will add more gluten to help your recipe have more rise and structure.

Take a look at our other articles to find out what gram flour is, what graham flour is, and what glutinous rice flour is.

Hard flour refers to any type of flour that is made from hard wheat because hard wheat contains a lot of gluten, which gives hard flour anywhere from 11-15% gluten.

Normally, hard flour is used for any baked bread recipe, especially if the bread recipe includes yeast because the gluten in hard flour will provide structure, rise, and a firm texture.