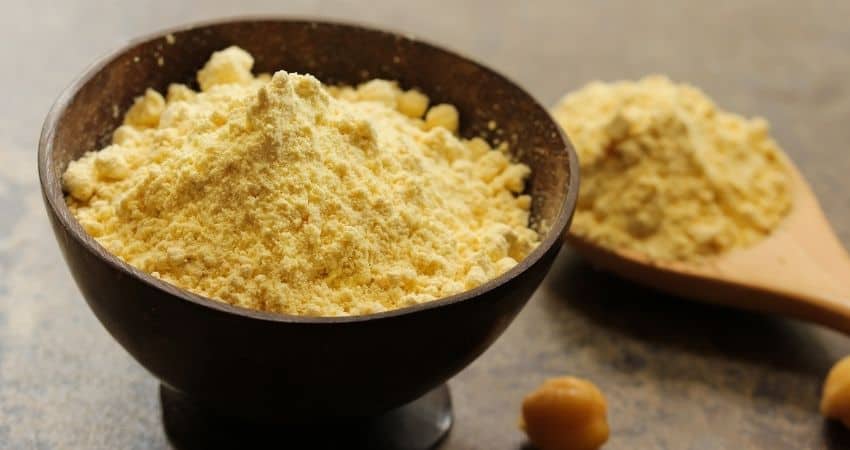 While flour is popularly made from wheat, there are many types of flour made from different ingredients. For instance, an excellent example of a unique flour is gram flour.

If you are unfamiliar with gram flour, you may be curious as to what gram flour is and how you can use gram flour. I looked up the facts, and this is what I learned!

What Is Gram Flour?

Gram flour is a type of flour made from legumes called chickpeas, specifically split brown chickpeas. Generally, gram flour is popularly used in Indian recipes, but gram flour may also be used to make pancakes, crepes, and more. Plus, you can use gram flour as a thickening agent for stews, soups, etc.

Do you want to learn what gram flour tastes like, what other names gram flour has, and what you can substitute for gram flour? Keep reading!

What Is Gram Flour Made Of?

Gram flour is created from chickpeas, which is a type of legume popular in countries like India.

However, gram flour is typically made specifically from split brown chickpeas or chana dal.

Generally, gram flour tastes earthy and nutty, but the flavors of gram flour are somewhat subtle once the gram flour is cooked.

What Are The Other Names Of Gram Flour?

Depending on where you are, gram flour may be called besan flour as long as they are both created from split brown chickpeas.

What Is Gram Flour Used For?

Typically, gram flour is used for Indian recipes, especially fritter recipes such as pakoras and bhajis.

Additionally, thin pancakes and crepes along with steamed savory cakes are excellent when made with gram flour.

Moreover, gram flour can be a good thickening agent when cooking if you want a gluten-free alternative to thicken soups, stews, and more.

Typically, 00 flour is used to create pasta dough, bread, and pizza crust because 00 flour contains enough gluten whereas gram flour does not contain any gluten.

Therefore, it is unlikely that you can use gram flour for 00 flour and vice versa because they will produce vastly different tastes, textures, and shapes.

How Do You Make Gram Flour? 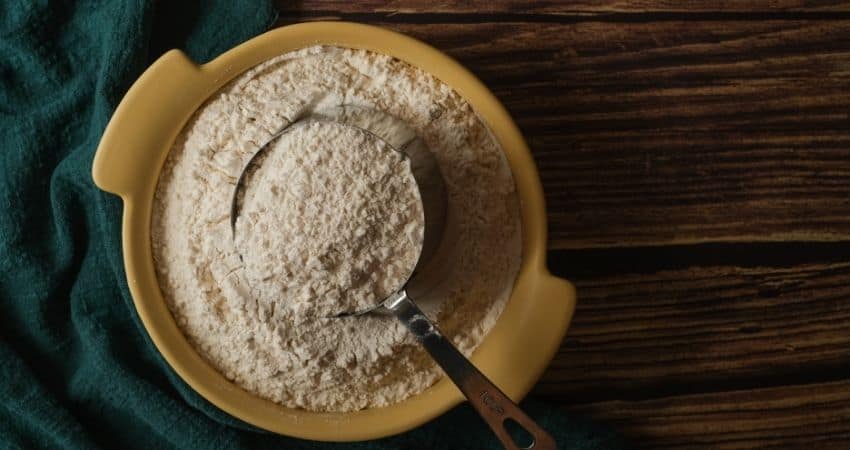 Remember to only process the split brown chickpeas in batches to create a uniform powder. Moreover, try not to blend the chickpeas longer than 2-3 minutes because the chickpeas can turn into a sticky paste.

What Is The Difference Between Gram Flour And Plain Flour?

Therefore, plain flour contains gluten while gram flour does not, which will create significantly different textures in your recipes.

Can You Substitute Gram Flour For Regular Flour?

For instance, if you were to try using gram flour to make a bread loaf recipe, you will have a very odd texture and no rise in your bread loaf.

Are Gram Flour And Graham Flour The Same?

Therefore, graham flour contains gluten to give structure and rise to recipes whereas gram flour does not.

Are Gram Flour And Garbanzo Flour The Same?

Technically, gram flour and garbanzo flour are not the same despite being made from chickpeas because they are made from specific variants of chickpeas.

For instance, garbanzo flour is created from ground white chickpeas whereas gram flour is made from split brown chickpeas.

However, the two flours do have a few similarities, such as a slightly bitter flavor when raw, which is why they are both not ideal for raw or undercooked recipes.

Although if you have to choose, gram flour may be the better choice for partially cooked recipes since gram flour is not as bitter as garbanzo flour.

Does Gram Flour Have Gluten?

However, it is best to check the packaging of your gram flour to see if the gram flour “may contain gluten.”

For instance, some manufacturers may produce gram flour in factories that make wheat-based products, which could contaminate your gram flour.

What Can Be Used Instead Of Gram Flour?

In some cases, you may use plain flour instead of gram flour, but you will lack a bit of nuttiness and have more structure and rise in your recipe.

If you want to find out what graham flour is, what glutinous rice flour is, and what green banana flour is, read our other articles.

Gram flour is a unique type of legume flour made from split brown chickpeas, which means gram flour is not the same as garbanzo flour.

Generally, gram flour is a popular ingredient in Indian cuisine, but you may use gram flour for many recipes that require little to no rise or as a thickening agent.