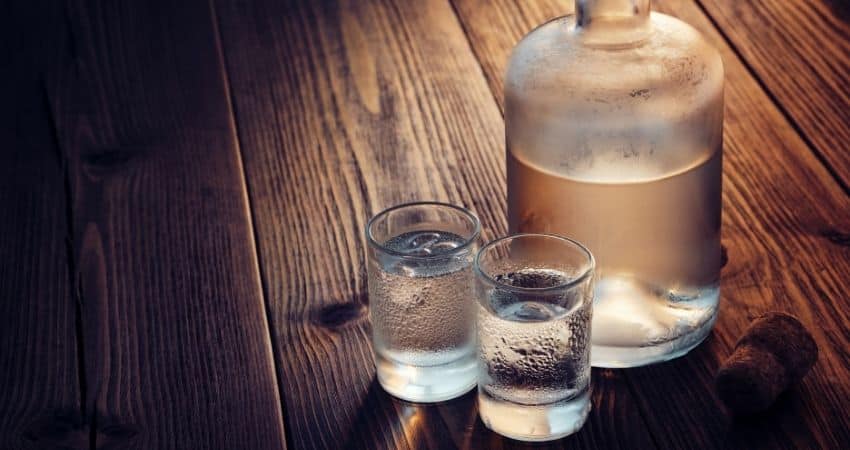 While vodkas typically have a neutral flavor profile, vodkas possess a wide variety of notes and textures that give them distinct characters, which is especially true for grain vodka.

If you are hearing about grain vodka for the first time, you might be wondering what grain vodka is and what makes it different from other vodkas. I looked into it, and here is what I found!

What Is Grain Vodka?

Grain vodka is the most common type of vodka. Generally, grain vodka means that the base ingredient used to produce vodka is a grain, which includes barley, wheat, rye, or corn. Given the accessibility and wide diversity of grain, the majority of vodkas produced worldwide use one type of grain or a combination of grains as their base ingredient.

In case you are curious to learn more about the traits of grain vodka and which brands are made from grain, keep reading!

What Is Grain Vodka Made From?

Grain vodka can be made from all kinds of grains, primarily sorghum, rye, barley, wheat, and corn. Of all types of grains, however, corn is the most commonly used in America.

Vodka brands typically use only a single type of grain as their base ingredient, but some brands opt to use a combination of two or three grains.

Grain vodka is considered gluten-free even if all grains except corn contain gluten.

Nonetheless, grain vodkas also come in flavored varieties, and the distiller may use additives or ingredients that contain gluten.

Unless the distiller chooses to do so, it is widely accepted that all types of unflavored vodkas are naturally gluten-free.

Does Grain Vodka Have Carbs?

Grain vodka typically contains no carbs unless the grain vodka is infused with ingredients or additives that have carbs.

How Many Calories Does Grain Vodka Have?

Grain vodka normally contains around 92 calories per 1.5 ounces. However, the number of calories grain vodka has can increase or decrease depending on the brand.

What Vodkas Are Made From Grain?

Here is a list of some vodkas that are made from grain, specifically rye, wheat, barley, and corn

What Does Non-Grain Vodka Mean?

Non-grain vodka refers to vodkas that are not made from grain. Basically, this covers vodkas that are produced from potatoes, fruits, milk, honey, sugar cane, and other base ingredients.

How Do You Drink Grain Vodka? 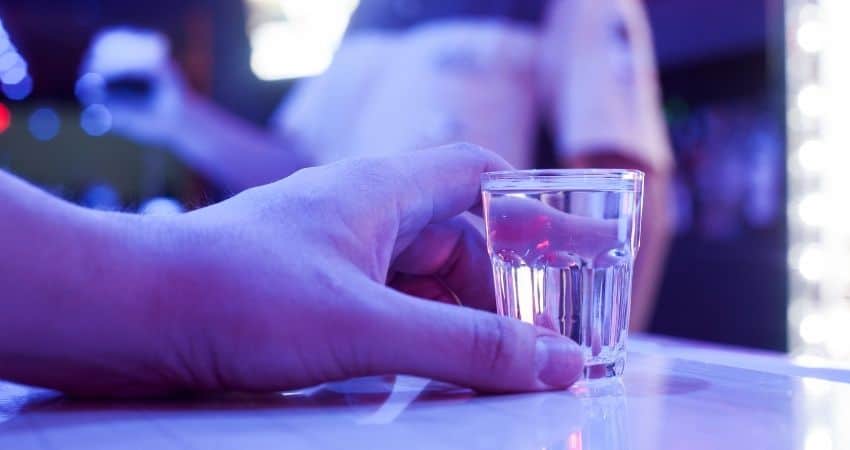 Typically, grain vodka has a gentler texture and a more neutral flavor than other types of vodkas, making grain vodka excellent for drinking neat or mixing in cocktails.

However, the best way to drink grain vodka depends on the brand. Some brands give off no burn, while others have a lingering aftertaste that can be unpleasant when sipped.

Nonetheless, grain vodka usually makes for a better base spirit for cocktails compared to other types of vodkas.

In case the brand of grain vodka you buy is not suitable for drinking neat, you can always use grain vodka to make a wide diversity of cocktails.

Whether grain vodka is better than other types of vodkas depends on the brands you are comparing and the person comparing them.

Generally, grain is considered by a lot of distillers and vodka enthusiasts to be the superior type of vodka for grain vodka’s taste and overall quality.

Which Is Better, Corn Or Grain Vodka?

Corn is a type of grain vodka, and there is no official study or statistics to confirm whether corn is the superior type of grain for making vodka.

While corn is the preferred base ingredient of most American vodka brands, more brands around the world prefer to use wheat, rye, or a combination of both.

In terms of taste, corn vodka tends to be sweeter. Additionally, corn vodka has hints of butter that are reminiscent of popcorn.

In contrast, wheat vodka is more delicate on the tongue and has fresh citrus notes, while rye vodka has a lot of peppery spice and rich almond notes.

Which Is Better, Wheat Or Grain Vodka?

Wheat is a type of grain. Based on its popularity among distillers, it is safe to assume that wheat vodka is the more economic and ideal grain in producing vodka.

What Is The Difference Between Potato Vodka And Grain Vodka?

Both potato and grain vodka have neutral flavor profiles, with the main difference between them being their textures and undertones.

Potato vodkas tend to have stronger and more nuanced notes, as well as a creamier mouthfeel and oilier texture. Additionally, potato vodka is distilled more times.

In comparison, grain vodka doesn’t have to undergo the same amount of distillations that potato vodka does because grain, specifically wheat, is more delicate.

As for taste, grain vodka is sweeter and has milder notes, making grain vodka the preferred spirit for making cocktails.

Take a look at our related articles to learn what watermelon vodka is, what rye vodka is, and what rice vodka is.

Grain vodka is the most common type of vodka in the market today. Distillers all over the world use grains like wheat, rye, barley, and corn to produce different types of vodkas.

Moreover, there are around eighty different vodka brands that use a single type of grain or a combination of grains as the base ingredient for their vodkas.

Compared to potato vodkas and other types of vodkas, grain vodka tends to have a milder flavor that makes grain vodka an ideal base spirit for making cocktails.