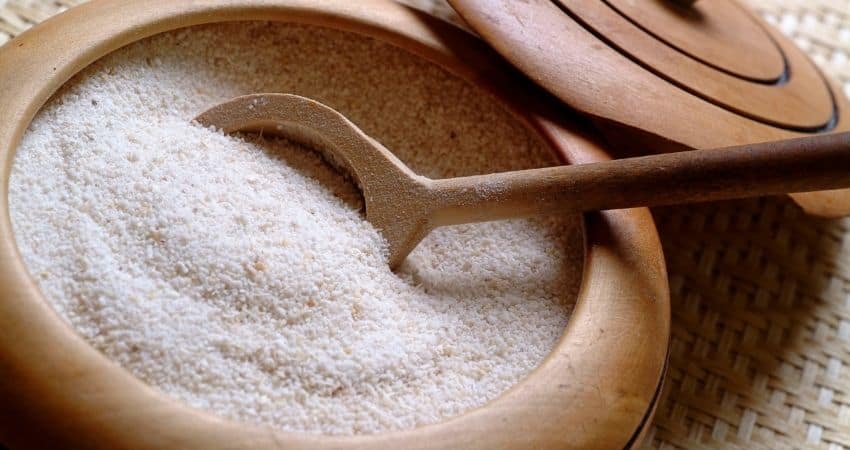 Some variants of flour, such as all-purpose flour, are popular because they are used for nearly any recipe. However, some people have created specific types of flour made for specific ingredients, such as fufu flour.

If you have never heard of fufu flour before, you may be wondering what fufu flour is and how you can use it. I did the research, and this is what I discovered!

What Is Fufu Flour?

Fufu flour is a type of flour made from starchy ingredients, which usually include cassava, potato granules, and plantain. Normally, fufu flour is used to create fufu, an African dough recipe that is similar to dumplings. However, fufu flour may be used as a thickening agent for liquid dishes or as a batter to fry food.

If you want to find out how to make fufu flour, if fufu flour is gluten-free, and what to substitute for fufu flour, keep reading!

What Is Fufu Flour Made Of?

However, most people will agree that fufu flour is made from starchy ingredients. For instance, fufu flour can be made from plantain, cassava, and potato granules.

Moreover, fufu flour may be combined with other ingredients, particularly spices. Commonly added spices in fufu flour include turmeric and saffron.

Generally, what fufu will taste like will mostly depend on the other ingredients used to make it. Fufu flour itself is fairly bland in flavor.

For instance, fufu’s taste is said to be tart, bland, or sour. It may also be hard to tell what fufu tastes like since most people serve fufu with other dishes.

What Is Fufu Flour Used For?

Generally, fufu flour is used only to make fufu, which is a specialty dish that is very similar to dumplings. Normally, fufu is a dish found in African cuisine.

However, fufu flour is not limited to fufu since fufu flour can be a versatile and starchy flour. For instance, fufu flour may be used as a batter to fry meat and thicken stews, soups, and gravy.

How Do You Make Fufu Flour?

Usually, fufu flour is first made by selecting a mixture of starchy ingredients and potential extras like spice. Some manufacturers may use a mixture of cassava, cocoyam (taro), plantain, etc.

Is Cassava Flour The Same As Fufu Flour?

On the other hand, fufu flour is commonly made with a variation of starchy plants, which can be at least two or more ingredients. Typically, fufu flour may be created from boiled then ground plantain, malanga, cassava, etc.

Why Is My Fufu So Sticky? 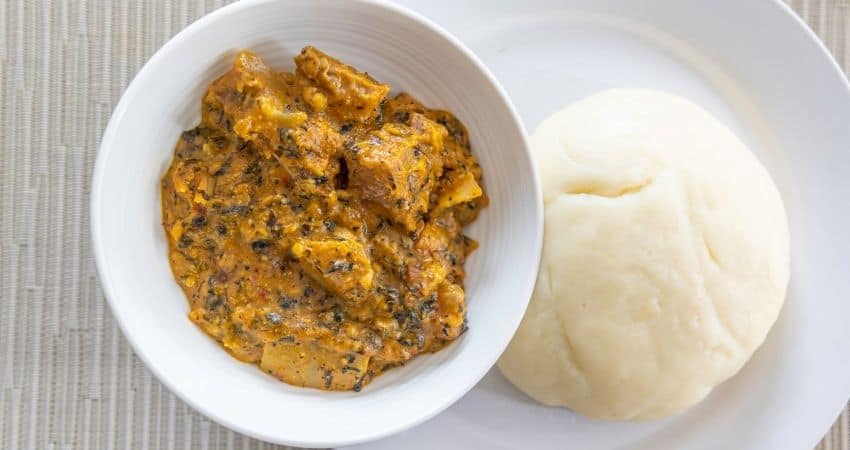 Normally, fufu being sticky is fine because fufu dough is meant to be sticky. That is why fufu flour used to make fufu is starchy because the starchiness of the fufu flour’s ingredients will make the dish sticky.

What Is Neat Fufu?

Neat fufu is a powder made from matured cassava and plantain that will be used as flour to make neat fufu flour.

Where Is Neat Fufu Made?

Neat fufu utilizes ingredients that are mostly found in Ghana, Africa. Therefore, it is safe to assume that neat fufu is made in Africa as well.

What Is A Substitute For Fufu Flour?

However, keep in mind that mixing your own fufu flour may not give you the same results as real fufu flour. Most brands of fufu flour do not state the exact measurements they use to create fufu flour.

If you do not have any types of flour made from ingredients commonly used to make fufu flour, you can use ground semolina and rice. This method will create a starchy mixture suitable for fufu flour, but it will not be gluten-free because semolina has gluten.

To use semolina and rice to make fufu, boil six cups of water in a pot then stir in two cups of ground semolina. Once you add the ground semolina, stir the mixture until it is thick.

Next, add two cups of rice and reduce the heat. Cook this mixture for 10 minutes then it is ready to be used.

To discover what dumpling flour is, what defatted soy flour is, and what donut flour is, check out our other articles.

Fufu flour is a specialty flour that is used to create fufu. Fufu is a type of African dish that is similar to dumplings.