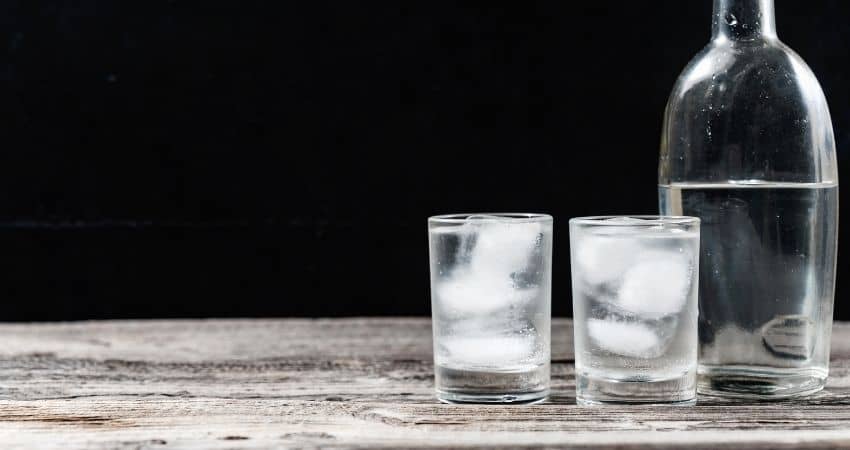 When it comes to vodka, there is no shortage of questions regarding the different types of vodka available in the market and the terminologies used to refer to vodka.

In case you have come across diluted vodka, you might be wondering what kind of vodka it is and whether you should get diluted vodka. I looked into it, and here is what I discovered!

What Is Diluted Vodka?

Diluted vodka can refer to multiple things. Technically, all vodkas are diluted because they contain 40% ethanol and 60% water. As for diluted vodka brands, they are vodkas that have an ABV that is normally bottled at 20% ABV. Additionally, diluted vodka can be another term for watered-down vodka.

What Does It Mean When Vodka Is Diluted?

When vodka is diluted, it means that the ethanol is mixed with water, commonly to reach bottling strength or proof.

While the bottling strength of each brand is different, the minimum alcohol content required for an unflavored spirit to be classified as vodka is 40% ABV or 80 proof.

Generally, it is not until the ethanol is diluted that the spirit is called vodka. Otherwise, the spirit would just be pure ethanol or neutral grain spirit.

Moreover, pure ethanol can be used to make other spirits like gin, whisky, and brandy. Technically, it is not the vodka that is diluted but the ethanol that makes up 40% of the vodka.

Diluted vodka is safe because if the vodka is not diluted, the alcohol content by default would be around 95%, and that amount of alcohol can be deadly when taken neat.

As such, vodka is normally diluted before bottling so the vodka can be safe to consume.

Furthermore, diluted vodka may refer to certain brands like Four Freedoms Diluted Vodka that sell vodka with a significantly lower content at 21% ABV.

Typically, diluted vodka is just watered down vodka and is safe to consume moderately. However, it is best to make sure that the diluted vodka brand is reliable and not bootlegged.

How Strong Is Diluted Vodka?

Additionally, diluted vodka can refer to all vodkas since every vodka in the market is diluted to some degree to bottling proof.

Water does not make vodka stronger. Since no water contains alcohol or elements that could amplify the strength of the alcohol-water is mixed with, vodka only weakens when mixed with water.

Furthermore, water is a tasteless liquid, but water can have different notes depending on where the water is collected and how the water is treated.

If you want your vodka to have a stronger flavor, diluting the vodka with mineral or alkaline water is a good idea.

Can Vodka Be Diluted? 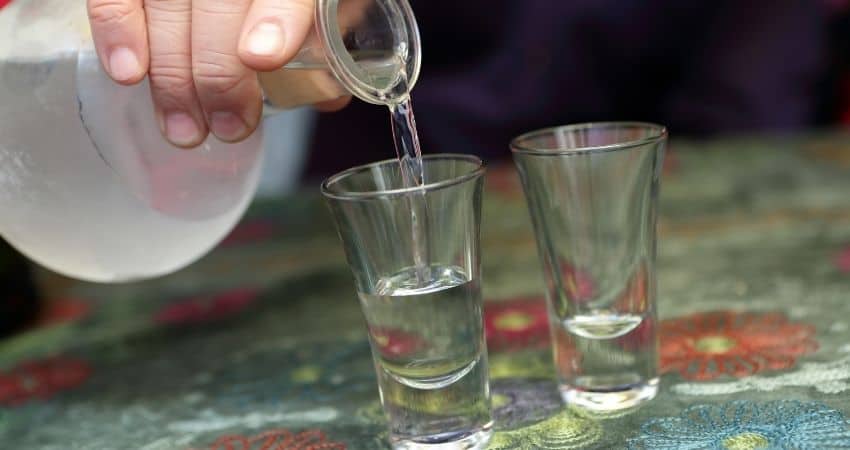 Vodka can be diluted, and vodka has such a high alcohol concentration that a lot of people cannot drink vodka unless the vodka is diluted in water or other beverages.

Is It Bad To Mix Vodka And Water?

Mixing vodka and water is not bad in any way. Since vodka is typically 40% ethanol and 60% water, mixing vodka with more water only lowers the ethanol’s alcohol by volume.

Moreover, water and ethanol have little to no chemical reaction when mixed, so there is no danger of creating a more potent drink.

Does Diluted Vodka Get You Drunk?

Diluted vodka can get you drunk. If you drink a diluted vodka brand that has 20% ABV, overconsumption can still lead to intoxication.

Meanwhile, if you dilute your vodka with water, you can still get drunk because you are still consuming the same amount of alcohol, only now you have a taller drink.

Mixing vodka with water does not necessarily make vodka weaker. While it will take longer to get drunk, the alcohol content of your drink remains the same.

Additionally, diluting vodka with water is not the same as diluting pure ethanol with water, which is what happens when vodka is diluted to bottling strength.

Distillers intentionally put their desired ratio of ethanol to water so that the ethanol content of each bottle is controlled.

However, when you dilute a vodka, the ethanol content is already predetermined, and what you are doing is increasing the ratio of water to ethanol, but the ethanol is not reduced at all.

Does Watering Down Vodka Change The Taste?

Watering down vodka can change the taste of your drink, especially if you are using mineral or alkaline water, which has richer notes compared to distilled and purified water.

Additionally, diluting vodka with water can mask the alcohol taste of the vodka and make the drink more tolerable for people with low alcohol tolerance.

What Is The Difference Between Diluted Vodka And Vodka?

There are diluted vodka brands that contain only 20% or so ABV, which is half the typical proof of vodkas. Apart from that, diluted vodka and vodka are the same.

However, if you are referring to watered-down vodka, the difference is the water content of the drink but the alcohol content is similar.

Depending on how much the vodka is diluted, diluted vodka will probably freeze. Generally, the lower the alcohol content of the vodka, the more likely it will freeze in an average residential freezer.

Is Diluted Vodka The Same As Watered Down Vodka?

Diluted Vodka is not exactly the same as watered-down vodka.

This is because diluted vodka mixes pure ethanol with water, while watered-down vodka uses ethanol that’s already mixed with water, resulting in a weaker flavor and proof.

Check out our related articles to learn how to drink vodka, what rosé vodka is, and what Is Wyborowa vodka is.

Vodka is not purely ethanol because vodka is already diluted with water so the vodka will be safe to consume. Therefore, technically all vodkas are diluted to varying strengths to achieve different proofs.

Additionally, there are a few diluted vodka brands that sell vodka at a much lower proof. However, a store-bought diluted vodka is not exactly the same as a watered-down vodka.