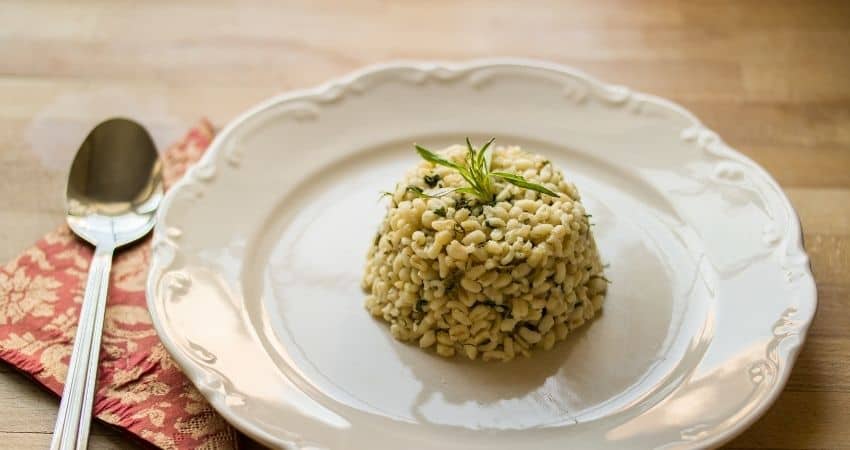 While rice is popularly eaten around the world, many people are opting for rice alternatives, such as bulgur rice.

If it’s your first time hearing about bulgur rice, you’ll naturally be curious about what bulgur rice is. Here’s what I found!

What Is Bulgur Rice?

Bulgur comes from cracked whole grain wheat berries. After partially cooking the bulgur, the bulgur is dried. Consequently, you can prepare bulgur by rehydrating it by boiling or soaking the bulgur overnight. Additionally, bulgur can be served the same way as traditional rice. You can pair bulgur with anything from chicken and beef to pork seafood.

In case you’re interested to learn more about bulgur rice and what makes bulgur rice stand out from other rice variants, keep reading!

Are Bulgur And Rice The Same?

While bulgur and rice are both grains, bulgur comes from wheat and has a higher nutritional value than rice. In contrast, rice comes from a paddy.

Additionally, most rice is grown in India, China, and Southeast Asian countries. Meanwhile, Bulgur is cultivated mainly in Turkey, the Mediterranean, and the Middle East.

Is Bulgur Rice The Same As Brown Rice?

Bulgur rice is not the same as brown rice. While bulgur and brown rice both have a light nutty taste, they differ in terms of crop type, color, size, and preparation.

Generally, brown rice is a dehusked grain that still has its bran layer and germ, giving the brown rice its color.

Additionally, brown rice can be long-grain, medium-grain, or short-grain. To prepare brown rice, it’s recommended that you pre-soak the rice first.

Meanwhile, bulgur is a wheat grain that comes in different bead-sized pieces classified as fine, red, or coarse. Moreover, bulgur is firm and far richer in fiber and folate than brown rice.

Can You Substitute Bulgur For Rice?

Bulgur can be used as a substitute for rice. Even though bulgur and rice have different sizes, textures, and more, bulgur is similar enough to rice to serve as a satisfactory alternative in most dishes.

Which Is Better, Rice Or Bulgur?

Whether bulgur is better than rice and vice versa depends on the person’s preferences and dietary requirements.

For instance, bulgur has a lower glycemic index and calorie content than rice.

However, rice has more variants to satisfy whatever taste, aroma, and texture you’re after in a dish.

As such, there are dishes wherein people will consider bulgur insufficient as a replacement where rice is traditionally used.

Additionally, quinoa is naturally gluten-free and more nutritious than bulgur.

Is Bulgur A Couscous? 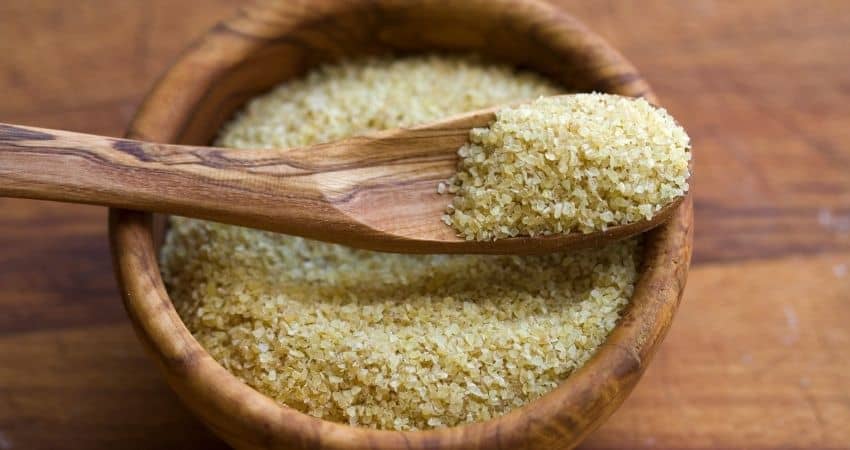 Bulgur is not a type of couscous. Both bulgur and couscous are wheat products, but bulgur is whole grain while couscous is not.

Traditionally, couscous is a term that refers to other types of grains, but couscous is more popularly known today as the semolina wheat variety.

Is Bulgur Good For Constipation?

Bulgur is not a remedy for constipation, but bulgur rice may help prevent and alleviate constipation. Since bulgur is rich in fiber, eating bulgur can protect your gut health.

Additionally, the fiber in bulgur will promote bulkier and firmer stool, which will then make bowel movements easier and more regular.

Bulgur is rich in fiber, which is why eating bulgur can help you feel satiated quickly and for long periods, and this can discourage overeating.

Additionally, bulgur is low in calories, helping you cut back on your daily calorie intake.

Bulgur has a mild earthy flavor and a chewy texture. However, the degree of bulgur chewiness depends on the type of bulgur rice you buy.

Bulgur is among the few grains that were recorded to have minimal arsenic content.

On account of bulgur’s high fiber content, bulgur is known to cause bloating and gas. While uncomfortable, gassiness is a normal part of a high-fiber diet.

Is Bulgur Rice A Barley?

Bulgur is not a barley product. While barley and wheat are both cereal grains, only wheat produces bulgur.

How Do You Eat Bulgur?

Bulgur can be served in a wide variety of ways, from soups and salads to pilafs and rice-based dishes with meat and vegetables.

Generally, you can consume bulgur just like regular rice, since bulgur tastes like brown rice and can absorb flavors well.

Can I Eat Bulgur Every Day?

Bulgur can be eaten every day just like regular rice. There’s nothing to suggest that eating bulgur every day is harmful to your health.

In fact, experts believe that eating whole grains like bulgur daily can significantly improve your health and prevent the onset of severe diseases.

Can You Cook Bulgur In A Rice Cooker?

It’s possible to cook bulgur in a rice cooker using the same method you cook regular brown rice. Simply combine one cup of bulgur with one cup of water and turn on the rice cooker.

Take a look at our other articles to find out what Basmati rice is, what veggie rice is, and what Calrose rice is.

Bulgur is a great alternative to regular rice, especially if you’re trying to increase the fiber in your diet and lower your daily calorie intake.

Additionally, bulgur is a versatile wheat grain, making it simple to incorporate bulgur into your everyday meals.

Just like regular rice, bulgur is easy to prepare and can absorb flavors well enough to complement whatever meat or vegetables you serve with bulgur.