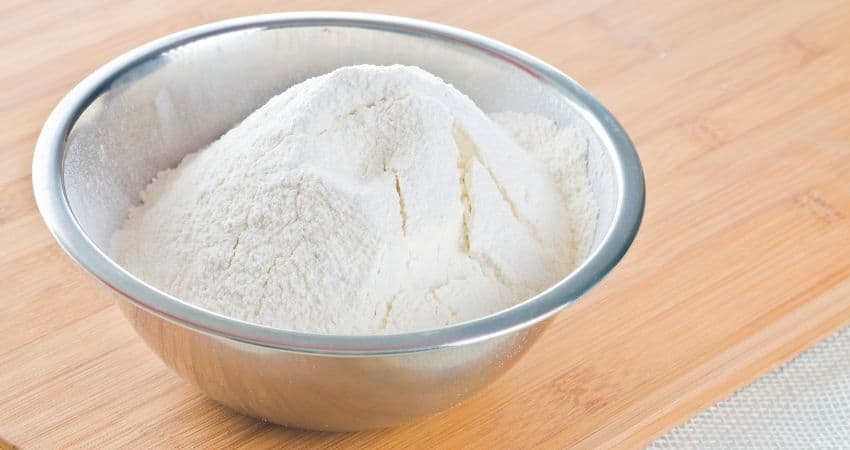 Flour is considered a crucial ingredient in many recipes, and various types of flour can suit different recipes. For instance, some recipes may specifically call for bleached flour instead of regular flour.

What Is Bleached Flour?

What Does It Mean When Flour Is Bleached?

When flour is bleached, it usually means that the flour is refined during processing, and refining flour removes the germ and bran from the wheat kernels while only leaving the endosperm.

Moreover, flour is bleached when whitening agents are added to the flour to make the flour white, hence the term “bleached” flour.

How Is Flour Bleached?

Typically, benzoyl peroxide and other common powder bleaching agents are combined directly with the freshly-milled flour to whiten the flour, and the whitening process usually takes two days.

Additionally, there as gaseous bleaching agents like chlorine and nitrogen peroxide that get placed into a bin with the freshly-milled flour.

What Is The Purpose Of Bleached Flour?

Normally, using bleached flour for food will create a brighter color, more volume, and a softer texture, which is why bleached flour is often used for cookies, quick bread recipes, pancakes, muffins, and pie crusts.

What Is The Difference Between Bleached Flour And Enriched Flour?

Bleached flour is a type of flour that has whitening agents added into it after the flour has been milled, but bleached flour often has the nutrients stripped from it due to the refining process. 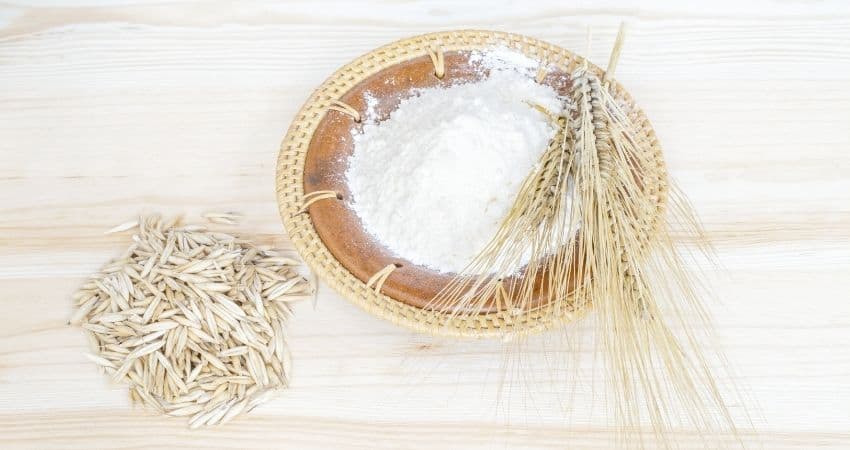 Choosing whether bleached flour or unbleached flour is better to purchase will depend on what kind of results you want to get for your dish.

For instance, using bleached flour would be better if you want a dish that has a soft yet voluminous texture, such as fluffy brownies and soft chocolate chip cookies.

On the other hand, unbleached flour offers more structure in recipes and usually has an off-white color, making unbleached flour the better option if you want to create yeast bread and pastries.

Additionally, some people use unbleached flour and bleached flour interchangeably since certain people may not see a huge difference in their dishes.

For general baking, you may switch between bleached and unbleached flour with little to no problem, but more complex baking recipes may need a specific type of flour to achieve the best results.

Not all bread flour is bleached since most types of bread flour try to offer more structure to bread recipes, which is why most bread flour brands will be unbleached flour created from hard red spring wheat.

Is All Cake Flour Bleached?

Not all cake flour is bleached, but most brands of cake flour are bleached, and this is likely because cakes are usually meant to be soft and bleached flour creates softer textures.

Additionally, many cake recipes are often meant to have somewhat voluminous cakes, which can be achieved through bleached flour.

Is Swans Down Cake Flour Bleached?

What Can I Substitute For Bleached Flour?

Most of the time, you can substitute bleached flour for almost any type of flour since all flour is considered bleached (since the flour is bleached through different methods).

However, the best replacement you can get for bleached flour is any flour that is white and offers a light texture, such as all-purpose flour.

Additionally, it is important to check the flour that you have since the label may not specifically state that it is bleached flour, but many flour brands include bleached flour in their ingredients list.

Read our other articles to find out what baker’s flour is, what buckwheat flour is, and what blanched almond flour is.

While all flour is technically bleached, bleached flour involves chemical whitening agents that speed up the whitening process of freshly milled flour.

Typically, bleached flour is used by itself or mixed with other flour (to create flour like cake flour) to create bright colors, more volume, and softer textures.

Generally, almost any type of white flour can be a decent substitute for bleached flour, but you may notice a slight change in texture and flavor.