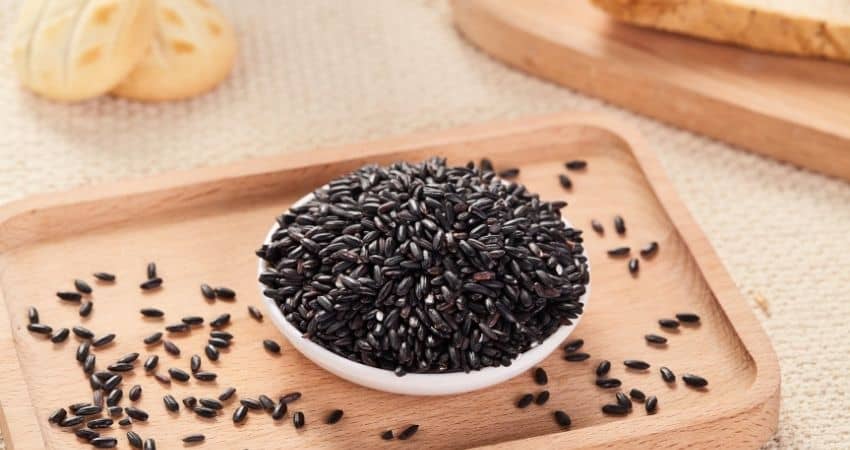 Are you planning on giving up white rice? In the course of looking for an alternative that will benefit your lifestyle, you’ll surely come across black rice.

If you’ve never heard of or tasted black rice before, you might be wondering what exactly black rice is. I looked into it, and here’s what I found!

What Is Black Rice?

In case you’re interested to learn more about the origins of black rice and what makes black rice the preferred rice by many people all over the world, keep on reading!

What Is Black Rice Made Of?

Black rice is a rice variant, not a dish and as such, black rice consists only of grains that still have most of their outer layers intact.

Additionally, black rice has a pigment called anthocyanin, which is responsible for giving black rice a deep purple-black color.

What Is Special About Black Rice?

Black rice was also known as forbidden rice in China because black rice was rare and superior to other rice variants in terms of nutritional value.

As such, black rice was reserved only for the Chinese emperor and members of the royal family.

Today, black rice is considered the rice of choice when it comes to gourmet meals. Additionally, people switch to black rice when they transition to a healthier lifestyle.

Black rice has a roasted, nutty flavor and a chewy texture that is richer than regular brown rice.

However, the specific nuances of your black rice depend on how the manufacturer processed the black rice and the brand you’re buying.

Black rice often yields only ten percent of the harvest that white and brown rice does.

As such, black rice requires more land, time, and effort to come up with black rice in the same quantities as white and brown rice.

Can We Eat Black Rice Daily? 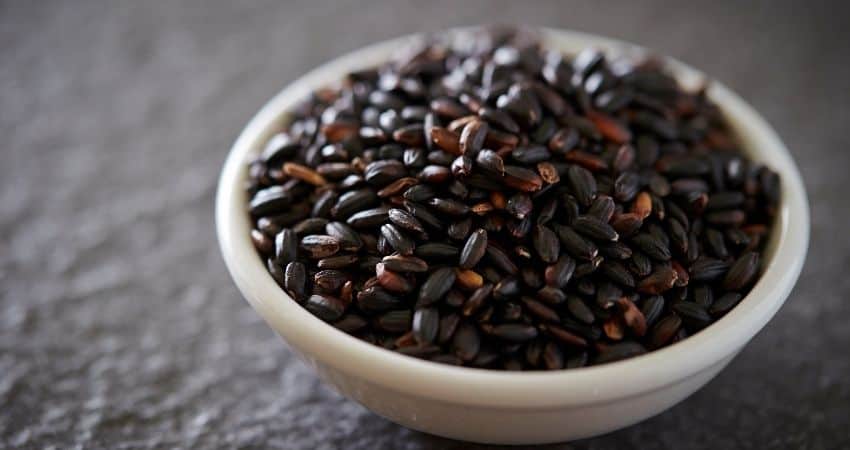 This is especially true in places like Asia where rice is considered an important part of every meal.

In terms of taste, black rice is chewier and has stronger earthy undertones. Meanwhile, red rice tends to be subtler but still flavorful enough to have a distinct taste.

Ultimately, whether red rice is better than black rice depends on your dietary needs, lifestyle, and preferences.

It largely depends on the person whether black rice is better than wild rice as both can take time getting used to if you’re accustomed to eating only white rice.

Black rice has a distinct earthy flavor while wild rice tastes grassy and smoky. As such, some dishes suit black rice more than wild rice and vice versa.

In terms of versatility, black rice is superior because black rice can be used as a substitute for most dishes that traditionally use white, brown, and red rice.

What Is The Difference Between Black Rice And Purple Rice?

Black rice is the same as purple rice. While black rice initially has a black color, the cooking process turns the grains a dark shade of purple.

Which Is Better Black Rice Or Brown Rice?

Determining the superior rice between black rice and brown rice depends on your health requirements and preferences in flavor.

Generally, black rice is considered healthier than brown rice and a great substitute for white rice if you’re trying to manage your weight.

What Is The Difference Between White And Black Rice?

Black rice is unpolished rice, which means black rice is inherently healthier than white rice, which is so thoroughly polished, only the starchy endosperm of the grains remains.

Additionally, white rice is mostly bland, while black rice has a distinct nutty flavor and aroma.

Moreover, white rice has a significantly higher glycemic index than black rice, and white rice is also much higher in calories.

Nonetheless, white rice is easier to cook and pair with a wide variety of meat and vegetable dishes.

Black rice digests slower than other rice variants because black rice has a higher fiber content.

Does Black Rice Make You Poop?

Since black rice is rich in fiber, you’ll not only be satiated sooner, but you’ll also feel the need to visit the bathroom more often.

Generally, this happens because fiber helps get rid of the toxins and waste in your gastrointestinal tract by inducing a more regular bowel movement.

Black rice was called forbidden rice because black rice was not allowed to be consumed by anyone else except for the Chinese emperor and whoever he wanted to share it with.

Traditionally, this belief sprouted from the fact that black rice is nutrition-dense and can prolong one’s life, and nobody else deserved that than the Chinese emperor.

Take a look at our related articles to discover what Basmati rice is, what brown rice is, and what broken rice is.

Additionally, black rice is so healthy that black rice used to be eaten only by the Chinese emperor and the royal family in ancient China.