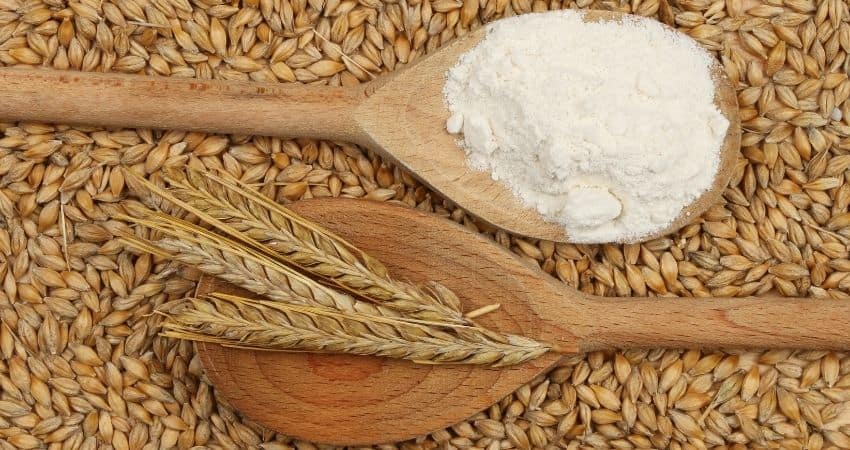 Normally, wheat flour is used to make most recipes that require flour, but other alternatives to wheat flour are popularly used as well, such as barley flour.

If you have never tried barley flour before, you may be curious as to what barley flour is. I did some research, and here is what I discovered!

What Is Barley Flour?

Barley flour is flour made from ground whole barley grain, and barley flour tastes somewhat mild with a bit of a nutty flavor. Barley flour can be used to create flatbread, baked goods, and more. Despite barley flour not being wheat flour, barley flour does contain a small amount of gluten that can cause reactions in celiacs.

Do you want to learn what barley flour tastes like, how to make barley flour, and what substitutes you can use for barley flour? Keep reading!

What Is Barley Flour Made Of?

Normally, barley flour is a generally mild-tasting flour with a neutral flavor, but you may notice slight nuttiness to it.

What Is Barley Flour Used For?

Typically, barley flour is used to create flatbread since barley flour does not contain as much gluten as wheat, allowing the bread to have a little volume but not rise that much.

Additionally, many infant food recipes you will find online or prepared infant food contain barley flour instead of wheat flour.

Normally, barley flour may be used with wheat flour or instead of wheat flour for bread to increase the moisture and offer a texture similar to cake.

Moreover, barley flour can also be used in the kitchen as a thickener to thicken stews, sauces, and gravies.

For instance, barley flour usually has 5-8% gluten whereas gluten-rich flour has 10-15% gluten, so you would need flour that has at least 10% gluten to rise.

How Do I Make Barley Flour? 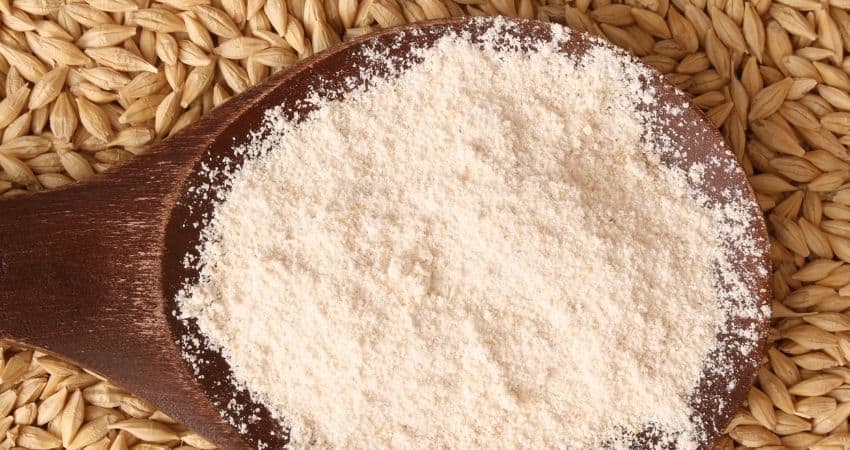 For instance, starting with hard and dry whole-grain barley needs to be thoroughly rinsed and soaked overnight twice to soften the husk.

Generally, you will need to spray the cloth several times a day then soak the grain overnight again to create sprouts.

Once your barley grain is ready, you can start grinding small amounts of the barley grain in an electric coffee grinder until the grain resembles a fine flour.

Be sure to sift the barley flour before using it to remove large clumps, and you may grind the clumps again to create more barley flour.

Additionally, you can make larger quantities of barley flour at home, but you will need a milling machine.

Is Barley Flour The Same As Wheat Flour?

Is Barley Flour The Same As White Flour?

Barley flour does contain gluten because barley flour contains 5-8% gluten, which is lower than most wheat flour.

Despite having a lower gluten content than other wheat flour, barley flour is still not ideal for people allergic or sensitive to gluten to consume.

Technically, barley is a cereal grain but people with wheat allergies would often get reactions from barley since barley has gluten.

Can You Substitute Barley Flour For Regular Flour?

You can use barley flour instead of regular flour, but you will need to alter the measurements to create a similar texture.

For instance, ⅓ cup of barley flour instead of regular flour to achieve a tender baked dish because barley flour does not contain as much gluten as regular flour, which is usually wheat flour that is higher in gluten.

Moreover, there are two types of malted barley flour, which are diastatic and non-diastatic, whereas there is only one type of barley flour.

What Is A Substitute For Barley Flour?

Take a look at our other articles to find out what Manitoba flour is, what masa flour is, and what malted barley flour is.

Barley flour is flour created from ground barley, which can be used to make flatbread, some baked goods, and more.

Despite not being the same as wheat, barley flour does contain low levels of gluten that will not make the dough rise, but barley flour can cause reactions in people who are sensitive and allergic to gluten.