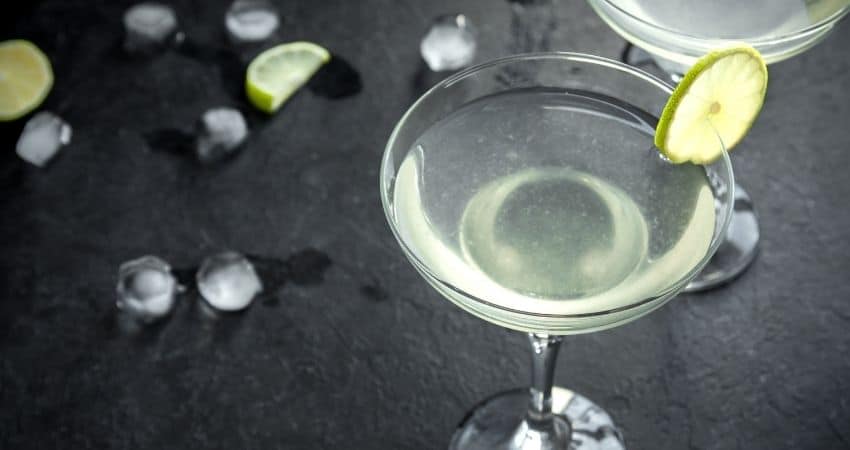 What Is A Vodka Gimlet?

A vodka gimlet is a cocktail inspired by the traditional gimlet that is made with gin. Apart from replacing the gin with vodka, the rest of the ingredients remain the same. To make a vodka gimlet, mix vodka with simple syrup and lime juice. Additionally, it is better to use fresh lime juice instead of lime cordials.

If you want to know more about vodka gimlets and whether it suits your taste, keep reading!

What Is In A Vodka Gimlet?

A vodka gimlet is a cocktail made of vodka, lime juice, and simple syrup. For best results, it is highly recommended that you chill the vodka in the freezer and use freshly squeezed limes.

While you can also use Rose’s lime juice and similar lime cordials, vodka gimlets typically taste better when you use real lime and high-quality simple syrup.

For garnish, you can use a lime wedge or a lime wheel.

Why Is It Called A Vodka Gimlet?

There are numerous theories as to how a vodka gimlet got its name, and the most popular among them is the vodka gimlet’s origins with sailors.

Another theory is that the sailors named the drink after the hand-held drill called gimlet because the gimlet had a “piercing effect” on them.

Nonetheless, it is worth noting that originally, a gimlet was made with gin instead of vodka, and it was not until the 1970s when vodka boomed and vodka replaced gin in gimlets.

What Is The Difference Between a Vodka Martini And A Vodka Gimlet?

Additionally, a vodka martini has a bitter and slightly spicy taste. Meanwhile, a vodka gimlet is smooth and a little tangy because of the lime juice.

In terms of taste, a dirty vodka martini has more in common with a vodka gimlet compared to a plain vodka martini.

Is A Vodka Gimlet A Girly Drink?

A gimlet is considered by some as a girly drink, mainly because a vodka gimlet is the weaker version of the original gin gimlet. Generally, most drinks with vodka are considered girly.

What Is The Difference Between A Vodka Gibson And A Vodka Gimlet?

A vodka Gibson is made with dry vermouth and garnished with pickled onion. In contrast, a vodka gimlet is made with lime juice and simple syrup.

What Is The Difference Between A Vodka Gimlet And A Daiquiri?

While a daiquiri can be made with vodka, it is traditionally made with rum. Moreover, a daiquiri requires the perfect balance of sugar and lime juice to be delicious.

Specifically, a traditional daiquiri uses demerara sugar syrup to give the daiquiri its distinct taste.

When too much demerara sugar syrup or lime juice is used, the daiquiri is ruined and cannot be fixed, which is why a daiquiri must always be made with grave attention to detail.

In contrast, a vodka Gibson is more difficult to mess up. Made only of vodka, lime juice, and simple syrup, you can easily adjust the ratio of all three ingredients to suit your taste.

Generally, vodka’s neutral flavor is simpler to work with compared to rum. However, if you use vodka on a daiquiri, the daiquiri and gimlet will be somewhat similar.

How Many Calories Does A Vodka Gimlet Have? 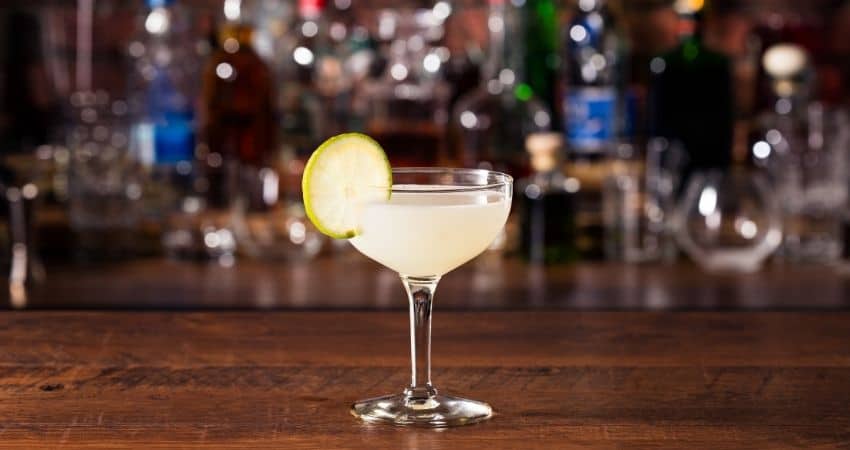 A vodka gimlet’s calories can differ depending on the specific ingredients and ratios you use.

Nevertheless, you can expect that a standard vodka gimlet with 4 ounces of lime juice, 4 ounces of 80-proof vodka, 4 ounces of water, and 8 teaspoons of sugar has around 105 calories.

What Is Vodka Gimlet With A Twist?

Some of the preferred twists you can make to a traditional vodka gimlet are muddled cucumbers and fruits, botanical garnishes, or a combination of all three.

How Do You Make Vodka Gimlet?

To make a vodka gimlet, simply mix 1 ounce of lime juice, 2 ounces of vodka, ¼-ounce of maple or simple syrup in a cocktail shaker. Add a cupful of ice and shake for half a minute.

After straining the drink into your desired glass, preferably a cocktail or martini glass, garnish the vodka gimlet with a lime wedge or wheel.

Moreover, if you want to water down your vodka gimlet, you can add soda water.

How Many Carbs Are In A Vodka Gimlet?

A vodka gimlet does not usually contain carbs if you use freshly squeezed lime juice.

However, if you use Rose’s Sweetened Lime Juice and similar lime cordials, you can expect a standard serving of vodka gimlet to have 2 grams or more of carbs.

If you want to learn what sweet tea vodka is, what a vodka martini dirty is, and what a vodka cruiser is, check out our related articles.

With vodka’s neutral flavor, you can accentuate the gimlet’s tangy notes with botanicals, fruits, and vegetables you enjoy so that the vodka gimlet will appeal to your palate better.