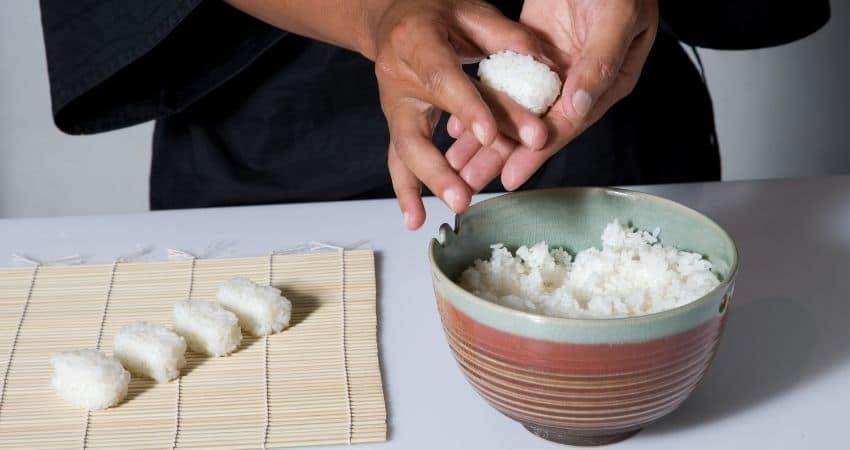 If you’re only beginning to do your research on sushi rice, you’ll have important questions, especially about the taste of sushi rice. I looked into it, and here’s what I found!

Sushi rice traditionally tastes sour, salty, and sweet, but these flavors come in the form of mild undertones that are usually overshadowed by the other ingredients in sushi. If you use high-quality sushi rice, the sushi rice will have starchy notes that taste like baked bread. Generally, sushi rice tends to taste different depending on the ingredients and recipe used.

In case you’re interested to learn more about the taste of sushi rice and how to tell whether you prepared the sushi rice correctly, keep reading!

However, since sushi rice is made from short-grain white rice, sushi rice that hasn’t been seasoned share the same neutral flavor or other white rice variants.

Why Does Sushi Rice Taste Weird?

Sushi rice is seasoned short-grain white rice and doesn’t have a singular distinct taste. Rather, sushi rice has a flavor that is a balanced mix of sour, salty, and sweet.

Additionally, the sourness, saltiness, and sweetness of sushi rice are mild enough that they won’t overpower the taste of the other ingredients in the sushi.

In case sushi doesn’t taste like the traditional and professionally prepared sushi, there might be an issue with the quality of the ingredients used, especially with regards to the vinegar.

How Do You Make Sushi Rice Taste Like A Restaurant?

Afterward, season the sushi rice with sushi vinegar seasoned with salt and sugar. For better results, you can use honey or coconut sugar.

Sushi rice is not the same as normal rice. Technically, you can make sushi from normal rice, but making sushi with regular rice wouldn’t be considered proper sushi.

When talking about normal rice, people usually refer to long and medium-grain white rice that is used to make a lot of everyday dishes.

Additionally, long and medium-grain white rice has a predominantly bland flavor and a fluffy texture. Moreover, you can easily separate the grains from one another.

Meanwhile, sushi rice is made from short-grain rice, meaning the rice is naturally sweeter and starchier than normal rice.

Is Sushi Rice Meant To Be Sticky? 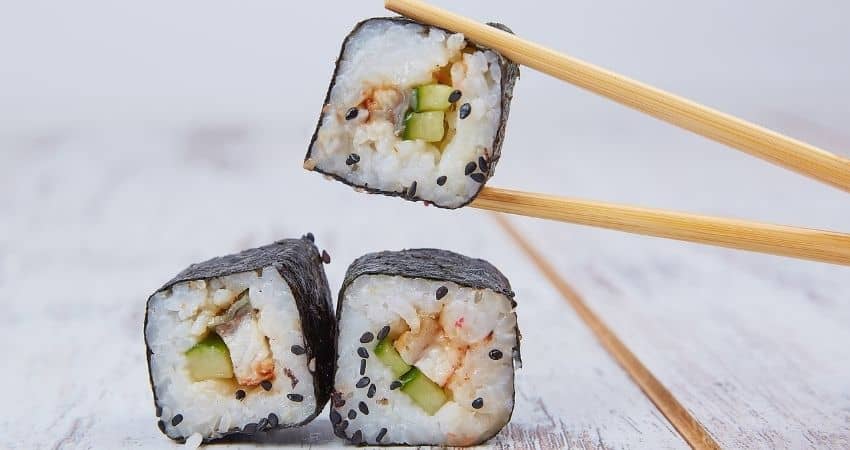 Sushi rice is supposed to be sticky, otherwise, the sushi will not be able to retain its form. However, the sushi shouldn’t be sticky to the point that the sushi rice ends up being clumpy.

Since sushi rice is flavored with vinegar, sushi rice will naturally taste sour. However, the sourness should only be mild.

If the sourness of your sushi rice is too noticeable, you’ll have to remedy the sourness by adding the right amount of salt and sugar to the sushi rice or simply making a bigger batch of sushi rice.

Additionally, if you want to make traditional Japanese sushi, you might consider leaving out the sugar at all because the original sushi didn’t have any sweetness at all.

Jasmine rice is not the same as sushi rice. Technically, Jasmine rice is made of long grains that have a floral aroma and a slightly sweet taste and fluffy texture when cooked.

Meanwhile, sushi rice is made of short-grain rice that becomes sticky once cooked. Additionally, sushi is artificially flavored with salt, sugar, and vinegar.

Why Is Sushi Rice So Good?

Sushi rice is made with high-quality grains and carefully seasoned with vinegar, salt, and sugar. As such, sushi rice has a more distinct flavor and overall mouthfeel than normal rice.

Furthermore, sushi rice is often cooked with a natural taste enhancer like kombu.

Why Is Sushi Rice Sour?

Sushi rice can have a slightly sour taste because sushi rice is seasoned with vinegar. However, if the sushi rice is too sour, the seasoning needs to be fixed.

Is Sushi Rice The Same Thing As Sweet Rice?

Sushi rice is not the same as sweet rice, which is also known as sticky rice. While both sushi rice and sweet rice are gummy, they cannot be used in making the same delicacies.

Additionally, sweet rice is naturally sweet. On the other hand, the sweetness of sushi rice comes from the sugar added to the sushi rice once cooked.

Is Basmati Rice The Same As Sushi Rice?

Additionally, the grains of Basmati rice don’t usually stick to one another and are known to be soft and fluffy. In contrast, sushi rice is sticky and can be molded into many shapes.

Sushi rice is made of short-grain rice and is flavored with salt, sugar, and vinegar. When cooked right, sushi rice has a mildly salty, sweet, and sour taste with a sticky and chewy texture.

Unlike sweet rice and other rice variants, sushi rice can only be used to make sushi.