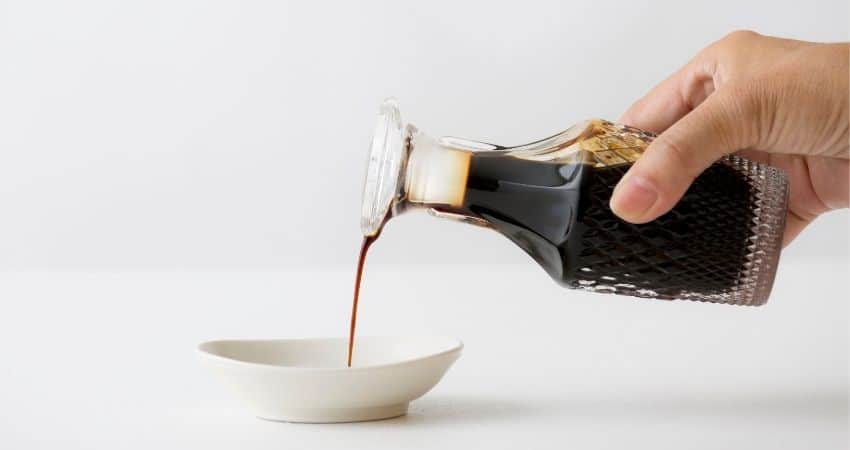 Many recipes call for soy sauce in the ingredients list in many types of recipes, and there are many kinds of soy sauces.

However, you might be wondering what soy sauce does. I looked up the facts, and here’s what I found out!

What Does Soy Sauce Do?

Soy sauce’s main purpose is as a seasoning to add salty and savory flavors to various recipes, but the exact flavors soy sauce adds will depend on the type of soy sauce you have. Soy sauce can also be used as a meat softener, caramelization, marinade, coloring, dip, and much more.

Are you still curious about what else soy sauce can do? Check out the rest of the article to learn more!

What Is The Purpose Of Soy Sauce?

Soy sauce has many uses, and some of the main purposes of soy sauce include:

Soy sauce’s original purpose was to add a salty flavor to foods because soy sauce was invented as a way to stretch salt since salt used to be an expensive ingredient.

However, soy sauce also has a savory flavor thanks to soy sauce having soybeans and the fermentation process, which means it can add more umami to many recipes.

Most soy sauces, such as regular and dark soy sauce, have dark brown to nearly black colors, which means soy sauce can add lots of color to many dishes.

For instance, pale-looking fried rice and stir-fries can easily look darker and more appetizing by adding some soy sauce.

However, not all soy sauces can add color to recipes and are better as a seasoning, such as light soy sauce.

What Does Soy Sauce Do To Meat?

Soy sauce can easily add a savory boost of flavor to most meats, meaning the meat will taste even meatier while also balancing out any sharpness from other ingredients.

Normally, soy sauce works well in a wet marinade for meats so the meat can soak up all the salty and savory flavors of soy sauce before cooking, boosting the overall flavor of the meat.

Plus, soy sauce can make meat look more appetizing by making it a deeper brown color, given that you are using a dark brown soy sauce.

For instance, adding soy sauce into a marinade for chicken can give your chicken a deeper color.

What Does Soy Sauce Do To Fish And Seafood? 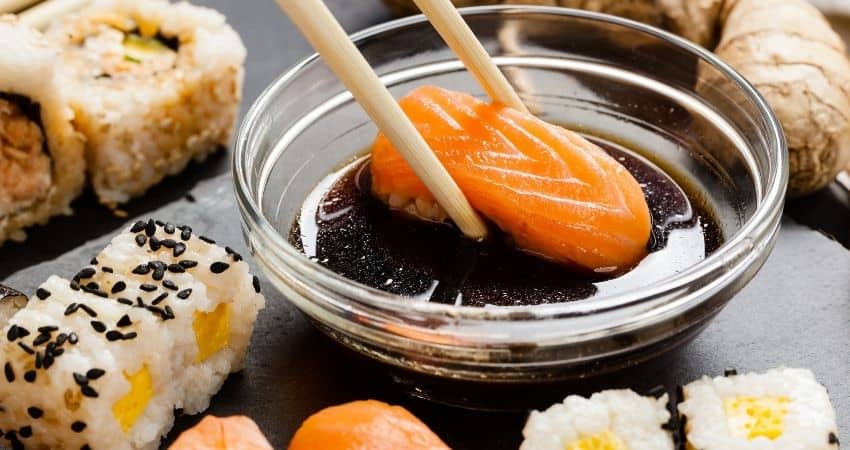 Similar to soy sauce’s effect on meat, soy sauce can add a salty and savory flavor boost to fish and seafood.

You can use soy sauce in a marinade for seafood and fish, but you can also splash a bit of soy sauce over the seafood while you cook the fish and seafood.

What Does Soy Sauce Do To Vegetables?

Soy sauce works as an excellent seasoning for veggies while you cook them to add a salty taste, and the savory flavor of soy sauce can make the vegetables more appetizing.

Normally, you can splash soy sauce onto veggies while cooking as you would with salt, and you may not need salt in your vegetables since soy sauce is already salty.

Can I Use Soy Sauce In A Dip?

Soy sauce works well in a dip because soy sauce is a liquid condiment, making soy sauce an excellent base for many dips, such as dumpling sauces.

Plus, you can use soy sauce like any type of condiment on its own, but that will depend on the type of soy sauce.

Typically, regular soy sauce is best to use as a table condiment, and you can splash soy sauce on your steaks, shrimp, and more.

Can I Use Soy Sauce In A Sauce?

Soy sauce can function as the base or an additional ingredient to many sauces since soy sauce blends well into other liquids.

Can I Use Soy Sauce In A Soup?

Soy sauce works excellently in many soups because soy sauce is already liquid, meaning the soy sauce will mix into your soup easily.

Moreover, soy sauce can add a salty, savory, and rich taste to your soup so soy sauce is a quick way to spice up a bland soup.

You can use soy sauce in many types of soups, such as thin soups or thicker stews, but soy sauce also works in broths that lack flavor.

Can I Use Soy Sauce In A Stir-Fry?

You can use soy sauce in a stir-fry and soy sauce is a very common ingredient used in many stir-fries.

For example, soy sauce is commonly used in fried rice and satays to add color and taste to the recipes.

Can I Use Soy Sauce To Deglaze My Pan?

For instance, you can use soy sauce to deglaze the pan while you caramelize onions, adding more color to your onions along with lots of flavors.

If you want to learn more about what soy sauce is used for, how long soy sauce lasts, and Japanese soy sauce substitutes, read our related articles.

Soy sauce is a very popular ingredient in many recipes, and for many good reasons, because soy sauce is very versatile.