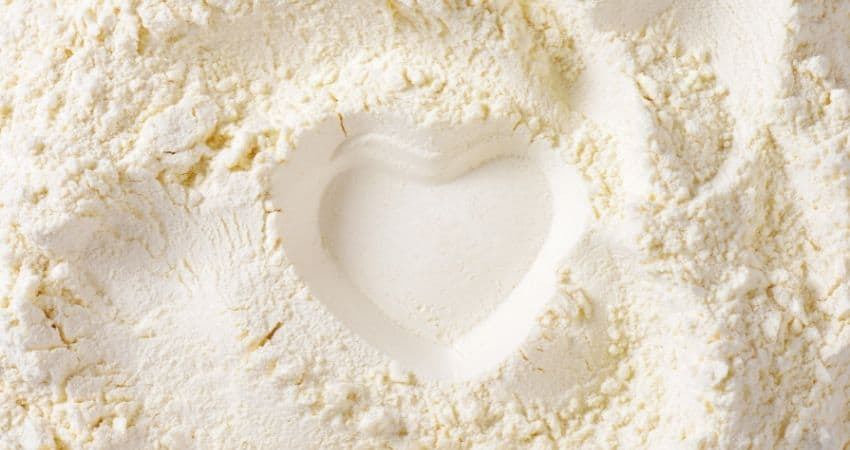 Rye flour is flour made from finely milled rye grains, and rye is considered hardy cereal grass. Generally, rye flour can be a great substitute for Manitoba flour, particularly in bread recipes since rye flour is popularly used to make bread.

Generally, you can use rye flour as 25% of the total flour in the recipe. Ideally, the rest of the flour should be a type of wheat flour.

Bread flour will give you a good amount of gluten to create an elastic dough and good structure in your dishes. Normally, you can use bread flour in equal amounts to Manitoba flour.

If you want to use whole wheat flour to make bread, do not let your dough rise twice its size. Instead, let the dough rise to 1 ½ time the dough’s size to allow the gluten to support the rise.

If you want a gluten-free alternative to Manitoba flour, cassava flour can be a good choice. Cassava flour is flour made from dried cassava roots and cassava flour has a soft texture with a neutral flavor.

However, it is important to note that handling gluten-free flour like cassava flour is not easy. You will need to make some adjustments before using cassava flour.

Normally, you can use cassava flour in an equal ratio to Manitoba flour, but only if you have high-quality cassava flour. Moreover, you may want to add more liquid to your recipe if your dough is too dry.

00 flour, which may also be called 00-grade flour or doppio zero, is a type of flour commonly used to make pizza in Italy. 00 flour generally has 8-12% gluten and has a very fine texture.

Normally, 00 flour is used to create pizza, but you can also use 00 flour to make soft-baked recipes. Plus, 00 flour can work for some pasta recipes, but you will need to add flour made from hard wheat.

To find out about masa flour substitutes, brown rice substitutes, and what semolina flour is, read our other articles.

If you have seen Italians talk about what flour they use, Italian people likely say they use Manitoba flour. Manitoba flour has a high gluten content that is used for many recipes.