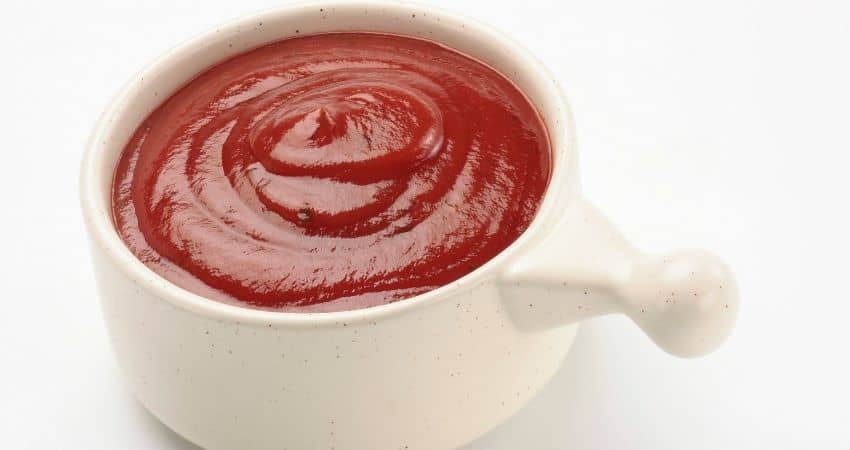 Condiments are a great way to make any dish tasty, and one of the best condiments used around the world is ketchup.

Since ketchup’s invention many centuries ago, more variations of ketchup were made, and eventually, many brands have established themselves as delicious ketchup brands.

With ketchup’s popularity, you may be wondering what brands of ketchup there are. I did the research, and here is what I found!

One of the most popular brands of the ketchup world is Heinz, which is also said to be the best-tasting store-bought ketchup brand.

Many people have stated that Heinz has the best overall appearance, texture, and flavor that most people want in tomato ketchup.

Moreover, Heinz ketchup has an ideal balance of tomato, sweet, and tangy flavors, which has made Heinz ketchup the top-selling ketchup brand.

Additionally, Heinz has created several ketchup products in its time, such as organic ketchup, no sugar added ketchup, and more.

Sometimes, Heinz got into making unique-looking ketchup such as purple ketchup, Chicago dog sauce, etc., but these variations did not stay in the market for long.

For instance, Chicago dog sauce was created to make ketchup popular for hot dogs in Chicago since people from Chicago refused to put ketchup on their hot dogs.

Typically, Hunt’s ketchup is said to taste great with sweeter foods, such as sweet hams and bread, since Hunt’s ketchup’s tanginess can balance out sweet foods.

Moreover, Hunt’s ketchup reportedly is much thicker than most other brands of ketchup, which is great if you need ketchup for a dip.

Del Monte is a company that started back in 1886 and while Del Mone creates a variety of processed foods, Del Monte is well-known for its ketchup products.

While Del Monte is a popular ketchup brand, not everyone favors Del Monte ketchup since the flavors are said to be straightforward.

Many reviews for Del Monte state that you can taste all the ingredients directly instead of experiencing a complex flavor profile.

Since Del Monte has a simpler flavor profile, you can add Del Monte ketchup to hot dogs, hamburgers, french fries, and more.

While French’s is usually more known for its mustard products, French’s also makes ketchup that is well-loved by many people.

French’s ketchup is said to have one of the most complex flavors available from store-bought ketchup.

You can expect the typical vinegar and tomato flavors from French’s ketchup, but when tasted closely French’s ketchup also features notes of balsamic vinegar, onion, and garlic.

Much of this lower demand comes from competitor brands, particularly Heinz since the other brands are better known for selling ketchup whereas French’s is most loved for its mustard products.

While ketchup is not often seen as a healthy condiment, Primal Kitchen has taken the famous ketchup and added a healthy twist to ketchup.

Primal Kitchen wants to create products that have lots of flavor with clean ingredients, which is why Primal Kitchen created a lower-sugar ketchup product.

Generally, Primal Kitchen has the slightly acidic tang that we expect from ketchup, there is a bit of a missing “flavor” in Primal Kitchen.

Primal Kitchen omitted the sugar commonly added to ketchup, which means the flavors are not completely balanced so you may need to get used to the way Primal Kitchen ketchup tastes.

365 is a brand made by Whole Foods, which is a multinational market in the USA, and 365 makes a variety of products including ketchup.

As far as taste goes, 365 ketchup is said to be a fairly average-tasting ketchup brand since nothing stands out about 365 ketchup.

Moreover, some people find 365 ketchup’s spice blend is pungent and overpowering, which takes away from the true flavor of classic ketchup.

365 ketchup’s overpowering flavor and smell likely come from the clove and allspice, which many people find distracting from the other flavors of ketchup.

Additionally, some people have noted that 365 ketchup has an oddly grainy texture, which is the opposite of normally smooth and thick ketchup.

If you want ketchup that features a purer tomato flavor, Sir Kensington’s is well-known for producing ketchup that distinctly tastes like ketchup.

Moreover, another thing that makes Sir Kensington’s a unique ketchup brand is that Sir Kensington’s uses a mixture of red and green tomatoes in the tomato paste, keeping the ketchup rich and fresh-tasting at the same time.

Additionally, Sir Kensington’s ketchup is a very natural-tasting ketchup brand that does not use high-fructose corn syrup, so you may lack a bit of sweetness that you may expect from most ketchup brands.

Plus, Sir Kensington’s produces another variation of ketchup, which is spicy ketchup that has added jalapeno. 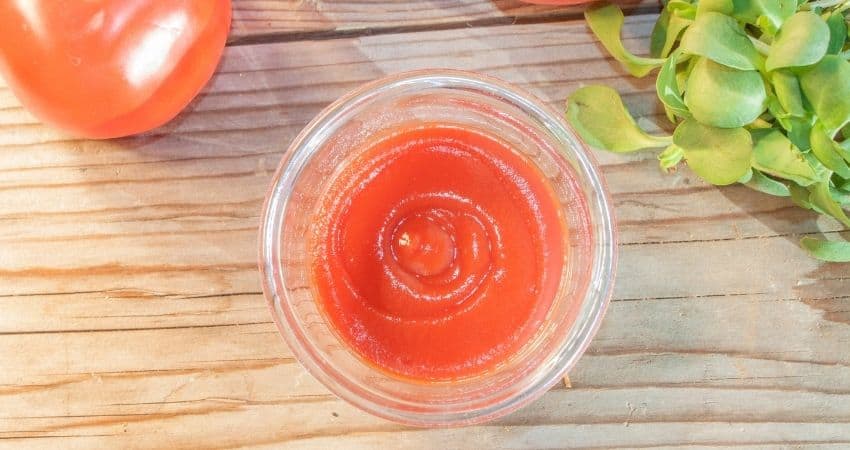 Target is a huge retailer in the USA, and Target has been creating its own product line since 1995 called Market Pantry, and one of the products include ketchup.

For people who like a vinegary taste, Market Pantry ketchup is excellent ketchup to have in your pantry.

However, Market Pantry is significantly more tangy than sweet, so Market Pantry ketchup lacks the balance of flavors that you usually want in ketchup.

Despite Market Pantry not being sweet enough. Market Pantry ketchup has enough acidity that you can use to cut the richness of heavy dishes like onion rings and cheeseburgers.

Trader Joe’s organic ketchup contains all the ingredients you would expect in ketchup but the ingredients are organic, so you will not miss out on any of ketchup’s classic flavors.

Aldi has a brand called Burman’s, which creates a very popular ketchup product that has an excellent mixture of tomato, sweet, tangy, and salty flavors.

Great Value is a brand sold by Walmart, and one of the products Great Value creates is ketchup.

Moreover, many people prefer Great Value ketchup over Heinz ketchup since Great Value is known to be cheaper than other brands.

Additionally, Great Value ketchup likely tastes a lot like Heinz ketchup since they have a similar ingredients list.

While Whataburger is better known as a fast-food restaurant chain, Whataburger also sells some condiments such as Whataburger fancy ketchup.

Thanks to these ingredients, Whataburger’s ketchup is thick and sweet, making Whataburger ketchup an excellent condiment to dollop over hamburgers, hotdogs, and more.

Moreover, Whataburger creates spicy ketchup, which features a fun kick for those who want a hotter ketchup brand.

Based on reviews, America’s Choice ketchup is not rich, making the flavor lackluster compared to other more well-known brands like Heinz.

Another flavor that is noticeable in America’s Choice ketchup is salt, which is unwelcome for most people since ketchup is not traditionally salty.

Moreover, some people opt for America’s Choice ketchup because it is cheaper than other ketchup brands.

Have a look at our related articles to learn about the types of ketchup, if ketchup comes out of clothes, and if ketchup looks like blood.

Since ketchup is a very popular condiment, many brands have naturally created their versions of ketchup.

While Heinz may be the most popular ketchup brand in the world, other brands create note-worthy ketchup products, which include Del Monte, French’s, and more.

Moreover, some brands of ketchup, such as Great Value ketchup and Burman’s ketchup, are great competitors for Heinz since they are cheaper yet taste the same as Heinz ketchup.