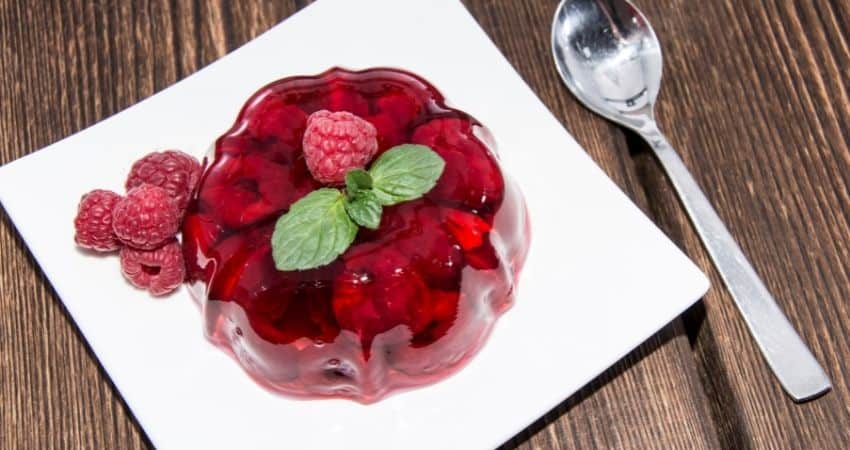 When it comes to making the perfect Jello dessert, you must use the highest quality Jello. However, with so many Jello and gelatin brands in the market, how do you choose?

If you are overwhelmed by your options, you have to narrow the Jello brands down by getting to know them. As such, we have collated a full list of the best Jello brands for your reference!

Jell-O has been a household name in America for over a century and Jell-O is so popular that Americans call every instant flavored gelatin a Jello.

When Jell-O was launched in 1897, Jell-O only had four flavors, namely lemon, raspberry, strawberry, and orange.

Over the years, Jell-O launched over two dozen other flavors. While a lot of Jell-O flavors were discontinued, Jell-O still has twenty-two staple flavors in production today.

Moreover, all of the flavoring used by Bakol Jel Dessert is derived from natural vegan colors and flavors like beet powder.

Instead of gelatin, Snack Pack is made from carob bean gum, which is a plant-based thickening agent.

Simply Delish is another vegan Jello option, and similar to Bakol Jel Dessert, Simply Delish uses carrageenan as a thickening agent instead of the traditional gelatin.

Additionally, Simply Delish uses a blend of Stevia and a sugar alcohol called Erythnitol to sweeten their Jello.

While Knox is not a Jello, Knox does remain one of the top choices of chefs and consumers when making homemade jello.

Knox Gelatin was launched in 1889 by American businessman Charles B. Knox, and it was Knox who held the cooking contest in 1905 that made Jello salads popular.

Unlike other brands, Knox Gelatin doesn’t have flavored variants. To this day, Knox Gelatin remains a pure, unflavored, and colorless gelatin.

Royal Gelatin is another gelatin brand that has been in the industry for a long time, and Royal Gelatin was launched in 1863 under the Royal brand alongside Royal pudding and baking powder.

Kool-Aid Gels are similar to Snack Pack, and both are ready-to-eat Jello snacks that come in cups, and they do not contain gelatin.

What Kool-Aid Gels uses is a combination of Locust Bean Gum and Carrageenan, which are plant-based thickeners that serve the same purpose as gelatin.

Moreover, Kool-Aid Gels come in a variety of flavors and some of Kool-Aid Gel’s popular flavors are cherry, strawberry kiwi, Cherry Tropical Punch, and Groovalicious Grape. 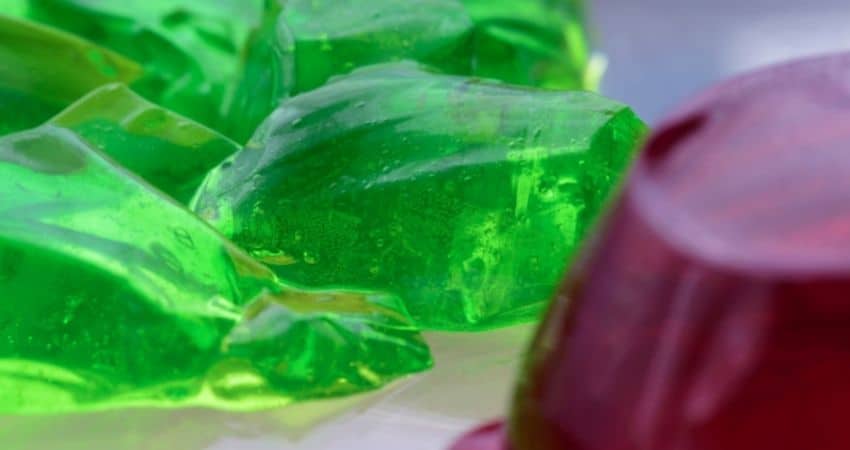 Similar to Great Lakes Kosher Gelatin, Vital Protein Gelatin can be used both as a thickener to desserts and as a supplement added to liquids like broth, water, and juice.

To produce a thickening effect on Jello and other foods, Lieber’s Gelatin uses Carrageenan.

Each one of these formats comes in a large assortment of flavors such as raspberry, strawberry, orange, lemon & lime, and blackcurrant.

Gefen Jello is another vegan-friendly brand that uses Carrageenan as a thickening agent instead of traditional gelatin.

Additionally, Gefen Jello has an unflavored format as well as flavored formats that come in the form of strawberry, raspberry, lemon, lime, orange, and grapes, among others.

Jolly Rancher Gelatin is a popular brand that produces not just gelatin, but ready-to-eat gelatin-based desserts as well.

Take a look at our other articles to find out a list of Jello flavors, if you can leave Jello out of the fridge, and the types of Jello.

While most of the oldest Jello and gelatin brands in the industry use animal-based gelatin, some brands use plant-based thickeners like Carrageenan and vegetable gum.

Regardless of the thickening agent these brands use, all Jello and gelatin brands are capable of producing high-quality and delicious Jello.

Furthermore, some of these Jello brands are so healthy that they are not just for making desserts, but for mixing with beverages and soups as a collagen supplement.