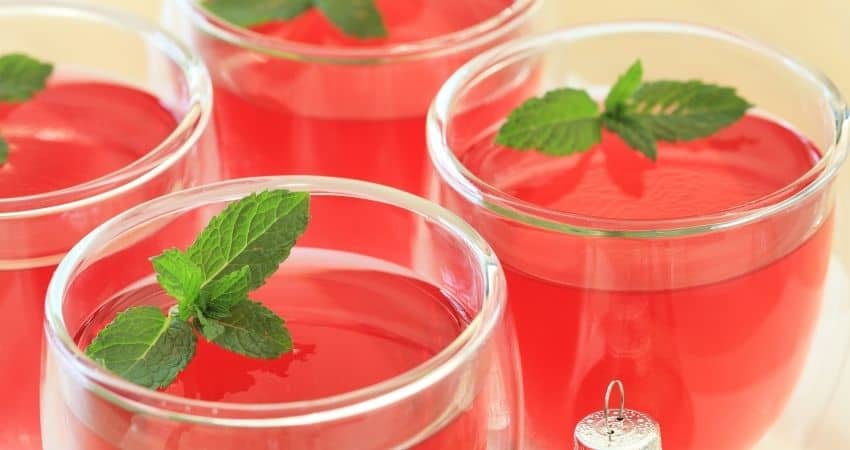 Vegan diets are restricted to select types of food, and it can sometimes be difficult to tell which store-bought goods and premade delicacies contain animal products.

Such is the case with Jello, which has ingredients that can be difficult to identify once cooked. Naturally, you would be wondering if Jello is vegan. I looked into it, and here is what I discovered!

Traditional Jello is not vegan because Jello contains gelatin, a food that is derived from the bones, skins, and hides of animals like cows and pigs. Fortunately, there are gelatin substitutes and vegan Jello brands available in the market today. Most vegan Jello products are made from agar-agar, carrageenan, and vegetable gum.

In case you want to learn more about which Jello brands are vegan and how to make vegan Jello, keep reading!

Vegans cannot eat Jell-O and other Jello brands because Jell-O contains gelatin, which is traditionally made from animal parts.

Often, these animal parts are derived from cow and pig’s skin, hides, and bones, but fish may also be used.

Regardless of what animal is used and how the animal is slaughtered, as long as the gelatin in the Jello comes from an animal, vegans cannot consume the Jello.

Why Do Vegans Not Eat Jello?

Vegans do not eat Jello because Jello is made from animal parts, and a vegan diet is against consuming animals in whatever type and quantity.

As such, most Jello brands in the market today are not fit to be consumed by vegans because many Jello brands tend to contain animal-based gelatin.

Knox Unflavored Gelatin is derived from animals although Knox has not specified what type of animal is used.

What Brands Of Jell-O Is Vegan?

Jell-O is a Jello brand that is not classified as a vegan product because Jell-O contains gelatin that is sourced primarily from pigskin.

However, there are Jello and gelatin brands today that are 100% vegan because they use plant-based gelatin and additives. Here are some of these vegan brands for your reference:

What Do Vegans Use Instead Of Gelatin?

Instead of gelatin, vegans use ingredients to create a product similar to gelatin like agar-agar, carrageenan, vegetable gum, pectin, and konjac, all of which are plant-based.

Meanwhile, pectin is extracted from fruits and fruit peeling, and vegetable gum comes from either guar bean or the sugar of wheat, soy, and corn.

While all of these can produce gelatin-like outputs, the consistency and firmness vary with agar-agar being the firmest of them all.

How To Make Vegan Jello? 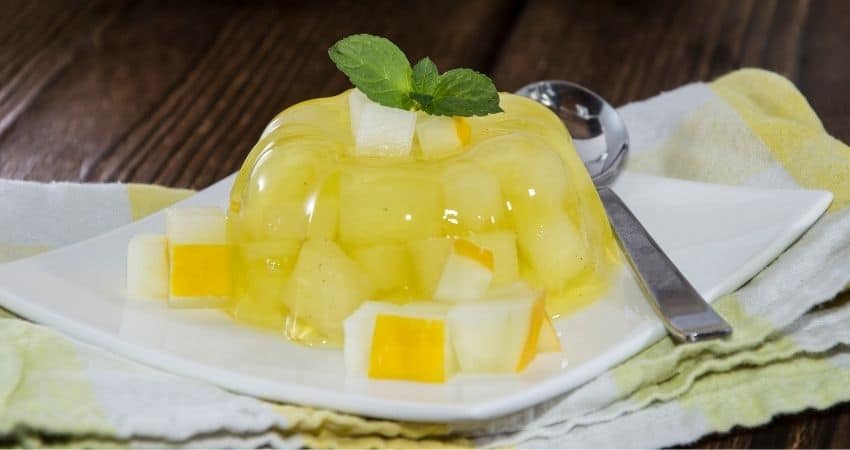 There are plenty of ways to make vegan Jello depending on the output you are after. Nonetheless, the most basic vegan Jello recipe requires three ingredients.

With just four teaspoons of agar-agar powder, ¼ cup of sweetener, and four cups of fresh fruit juice, you can come up with a delectable vegan Jello.

Once you put all the ingredients in the saucepan, turn up the heat until the solution boils. Make sure to whisk continually so that the agar-agar will not clump.

Turn down the heat after two minutes of boiling then transfer the liquid to your desired container. Let the Jello cool before placing it in the fridge to set for no less than two to three hours.

Another reason is animal testing because it is believed that some ingredients used in Sour Patch Kids are tested on animals.

Furthermore, it is important to note that veganism is not only about avoiding animal products.

At its core, veganism is also about reducing animal cruelty in any way possible, which is why the manufacturing of Sour Patch Kids’ ingredients must be considered.

Whether strawberry-flavored Jello is vegan depends on the brand you are purchasing. Strawberry Jell-O is not vegan, but Simply Delish Strawberry Gelatin is.

Some Jell-O Instant Pudding flavors like Lemon, Pistachio, Banana Cream, and Vanilla are vegan because they do not contain gelatin or dairy.

Additionally, the dairy recommended in the preparation of Jell-O Instant Pudding can easily be replaced with plant-based milk.

Firstly, Jell-O No-Bake Cheesecake contains no dairy, gelatin, and other known ingredients that are sourced from animals.

Additionally, the ingredients are not known to be tested on animals or manufactured in any way that uses animals or animal products like bone char.

Moreover, the milk and butter required in preparing Jell-O No-Bake Cheesecake have vegan alternatives that you can use.

Jell-O Snack Pack is considered vegan because it does not contain gelatin. However, some vegans are concerned about the natural flavors used because these flavors can be sourced from animals.

Additionally, Jell-O manufacturer Kraft Foods has not confirmed where and how they source Jell-O’s natural flavorings.

If you want to learn if Jello is halal, if Jello is hydrating, and if Jello goes bad, take a look at our related articles.

For a long time, most Jello brands used gelatin as their key ingredient, making Jello unsuitable for vegans to consume.

Over the years, more vegan Jello brands appeared and gelatin alternatives are now available for people who want to make vegan jello.

Surprisingly, popular brands like Jell-O and Kool-Aid do have vegan products because they have been made without any gelatin or dairy.