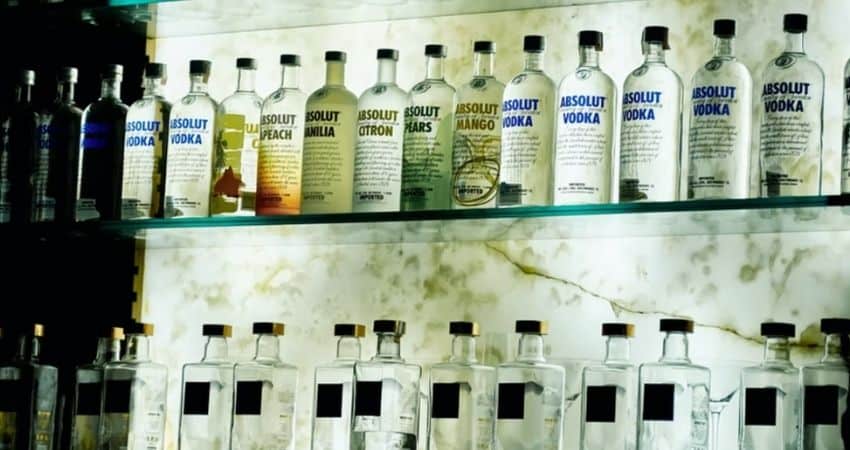 Choosing which vodka to keep in your home bar is a challenging decision, especially when you are faced with great brands like Grey Goose and Absolut.

While both are premium vodkas, you will want to know which one is better. Is it Grey Goose or Absolut? I looked up the facts, and here is what I discovered!

Grey Goose is superior to Absolut in some cases and vice versa. In terms of taste, more people prefer Absolut, and this is evidenced by Absolut’s larger sales volume globally. Nonetheless, Grey Goose also has a strong following and is perceived as a higher-end vodka with a smoother finish.

If you want to learn more about the similarities and differences between Grey Goose and Absolut, as well as which one is superior, keep reading!

Which Is Better, Grey Goose Or Absolut?

Grey Goose Vodka surpasses Absolut Vodka in some aspects and vice versa. Nevertheless, both vodkas are considered high-quality vodkas with a rich history and a strong following.

With regards to reputation, Grey Goose is often associated with celebrities and rich people, and Grey Goose’s branding is more sleek and elegant.

In contrast, Absolut has a more artistic flair that is relatable to a larger demographic of drinkers. In this respect, Absolut is better at reaching more consumers than Grey Goose.

As for taste, more people and organizations favor Absolut over Grey Goose. However, there are entities like Wine Enthusiast Magazine that gave Grey Goose a higher rating.

Based on reviews, Absolut is full-bodied, rich, and has hints of grain and dried fruit. Despite Absolut’s bold texture, Absolut vodka is mellow and smooth in the mouth.

Meanwhile, Grey Goose has sweet notes with traces of wheat, and Grey Goose vodka is believed to be one of the smoothest vodkas in the market.

Generally, Grey Goose appeals to many as the higher-end brand, but Absolut is favored as the better-tasting vodka.

Which Is More Expensive, Grey Goose or Absolut Vodka?

Grey Goose Vodka is significantly more expensive than Absolut vodka. Given their price difference, you can purchase 2 Absolut vodkas at the price of 1 Grey Goose vodka.

Which Is Smoother, Grey Goose Or Absolut?

In most cases, Grey Goose is considered to be smoother than Absolut. Generally, Grey goose has a clear, grainy taste and a peppery finish with traces of star anise.

As a result, there are a lot of consumers that claim Absolut is the smoother vodka because Absolut vodka has a cleaner finish with no lasting aftertaste.

However, it ultimately depends on the person which vodka they perceive as smoother.

Which Is More Popular, Grey Goose Or Absolut? 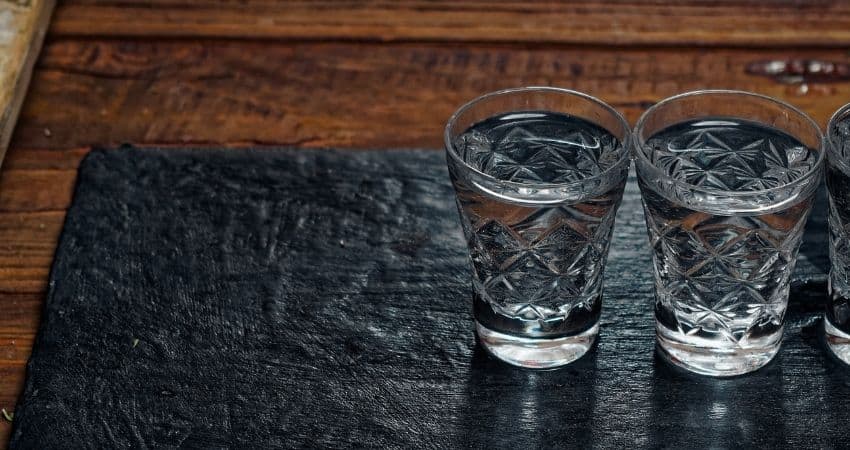 Absolut is more popular than Grey Goose based on Absolut’s sales volume.

These results are largely influenced by Absolut and Grey Goose’s different target markets.

Additionally, Absolut has been a contender in the vodka industry for far longer than Grey Goose, making Absolut the more established brand worldwide.

Which Is Stronger, Grey Goose Or Absolut?

In terms of alcohol content, Absolut is the stronger vodka. With the release of Absolut 100 Proof Vodka, Absolut easily beats Grey Goose, which has a maximum of 80 proof.

Nonetheless, the classic Absolut Vodka is also bottled at 80 proof. As for Absolut’s over 17 different flavors, Absolut’s alcohol content ranges from 35%-40% ABV.

In comparison, Grey Goose’s Essences line has 30% ABV, but the rest of Grey Goose’s flavored vodkas have 40% ABV.

What Is The Difference Between Grey Goose And Absolut?

Grey Goose and Absolut are both made from high-quality winter wheat, but they source their wheat from different places and process them differently to produce vodka.

Absolut gets winter wheat from Ahus, which is located in Skåne County, Sweden. To ensure the best yield, Absolut harvests their wheat 1 year after it has been sown.

As for water, Absolut collects theirs from a deep well in Ahus, while Grey Goose uses an exclusive well in Gensac-La-Pallue.

Interestingly, Grey Goose is distilled only once because Grey Goose believes that any more than that will rob Grey Goose vodka of any character.

However, Absolut believes otherwise, since Absolut has a continuous distillation process, Absolut vodka is distilled an infinite number of times.

Therefore, Absolut means that it is impossible to count the number of times Absolut vodka is distilled due to the process they follow.

In terms of flavor, Absolut is bolder and more adventurous. Currently, Absolut has around 17 different flavored vodkas inspired by fruits, botanicals, and spices like pepper.

Meanwhile, Grey Goose flavored vodkas project a more natural appeal by sticking to single fruits or a combination of fruits and herbs.

Take a look at our other articles to see a complete list of the smoothest vodka brands, Grey Goose VS Smirnoff, and Grey Goose VS Belvedere.

Furthermore, Absolut has a larger sales volume worldwide compared to Grey Goose, which is largely due to Absolut’s affordable price and great flavor.

However, people’s preferences differ, and there are a lot of people who prefer Grey Goose over Absolut.