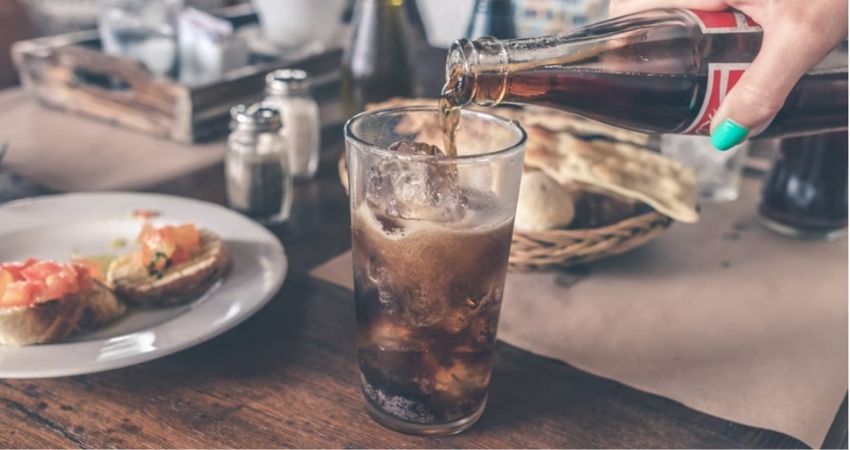 This occurs so often that you wonder if they’re connected, particularly if Coke owns Pepsi. I did some diving into their particular market, and here’s what I’ve found!

Contents show
1 Does Coke Own Pepsi?
1.1 Is Pepsi Owned By Coca-Cola?
1.2 Where Did Pepsi Come From?
1.3 Is Coke Older Than Pepsi?
1.4 What Happened Between The War Of Coke and Pepsi?
1.5 Does Pepsi Taste Better Than Coke?
1.6 Who Has More Market Share Coke Or Pepsi?
1.7 What Is The Difference Between Coke And Pepsi’s Formula?
1.8 Conclusion

Does Coke Own Pepsi?

Pepsi is an independent carbonated beverage owned by PepsiCo, so Pepsi is not owned by Coke. You can think of Coke and Pepsi as rival products that initiated a historic battle called the Cola Wars. Over the years, both Coke and Pepsi dominate the carbonated soft drinks industry, occupying the top two spots respectively.

If you’re eager to know more about Pepsi’s ownership, the brand’s relationship with Coke, and what differentiates them from each other, then keep on reading!

Is Pepsi Owned By Coca-Cola?

Pepsi is an established carbonated drink that is owned by PepsiCo. Most people would often associate Pepsi with another brand called Coca-Cola, which is a close competitor.

However, these products are not related to each other in terms of ownership because they are separate companies.

Coca-Cola and PepsiCo offer almost the same items, including their flagship items in the form of soft drinks, but they are still different brands.

Therefore, Coca-Cola and PepsiCo are rival companies that offer similar products, which are soft drinks.

Where Did Pepsi Come From?

Pepsi came from the town of New Bern, North Carolina in 1893, and Pepsi was formulated in the drugstore of local pharmacist Caleb Bradham where Pepsi was sold among his soda fountain drinks.

Before being given a snappier name, Pepsi was known as Brad’s Drink, named after Bradham who invented the beverage himself.

In 1903, Pepsi began to establish itself across the whole of North Carolina and eventually attracted franchisers all over the 24 states.

Pepsi was first marketed as a digestive aid and over time hired celebrities to promote the brand.

Is Coke Older Than Pepsi?

Both Coke and Pepsi have a long history of existence and were created almost at the same time.

However, the invention of Coke dates way back to 1886, meaning that Coke is seven years older than Pepsi.

For reference, Coke was formulated by Dr. John Pemberton in Atlanta, Georgia. Similar to Pepsi, Coke was also sold in soda fountains and ice cream saloons.

What Happened Between The War Of Coke and Pepsi?

Although there was always a little friction between Pepsi and Coke, the full-blown blood feud between the two brands started in 1975.

Dubbed as the ‘Cola Wars’, this era gave birth to the brands’ battle of marketing gimmicks.

It started with the Pepsi Challenge, which was a direct hit to Coca-Cola. Pepsi’s marketing campaign involved a blind taste showing that Pepsi was preferred over Coke.

This aggravated the Coca-Cola company and Coke began competitively introducing new products. Diet Coke and the caffeine-free versions of Coke were released to the public market.

Additionally, Coca-Cola retaliated even more by launching ‘New Coke’, which was advertised as a new and sweeter variation of their original product.

Coca-Cola’s New Coke was quite similar to Pepsi’s flavor, which was not received well by the consumers.

Pepsi made a move again and took advantage of the backlash New Coke was getting. Pepsi released a commercial advertisement involving a young girl not appreciating the change and preferring Pepsi’s instead.

To compensate for this, Coke retracted its decision of changing Coke’s formula and decided to release the original formulation once more in the form of Coca-Cola Classic.

Although the New Coke strategy did not succeed, the event led to the excitement of the classic Coca-Cola. Consumers wanted to taste Coca-Cola again, which resulted in victory for the Coke.

Coke continued to ride the wave ever since, but the deciding factor in the Cola Wars occurred in 2010.

Does Pepsi Taste Better Than Coke? 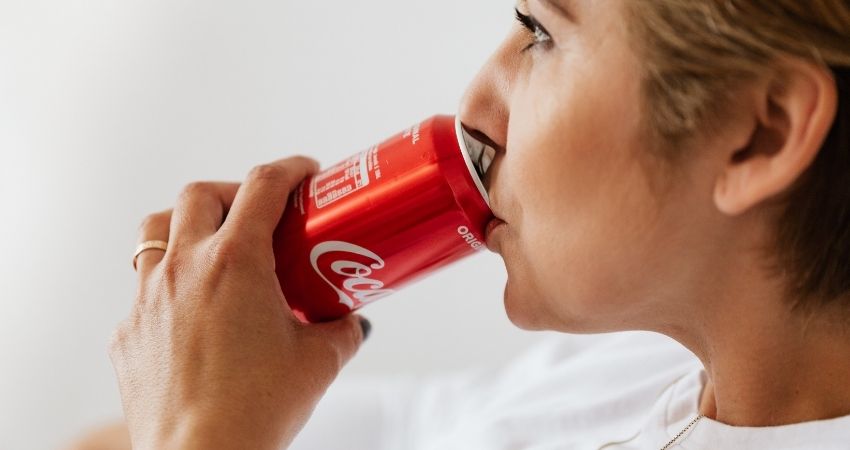 There’s not much difference between the taste of Coke and Pepsi, but you’ll notice the subtleties of their flavors if you’re a die-hard cola fan.

For starters, Pepsi is formulated to be sweeter than Coke because Pepsi has more of a citrus, lemony burst, and has a stronger first sip.

On the other hand, Coke has more of a raisin-vanilla taste with hints of molasses, and Coke is a bit more subtle than Pepsi’s initial taste, but Coke goes down smoother.

Deciding on which one’s more delicious entirely depends on your flavor preferences. If you like a more subtle sweetness with only a slight carbonated fix, then go for Coke and vice versa.

On the other hand, PepsiCo holds about 26 percent of the US sales figures, coming second place to Coca-Cola.

What Is The Difference Between Coke And Pepsi’s Formula?

Both Coke and Pepsi are powerhouse beverages, but, one particular ingredient that makes Coke stand out is Coke’s coca leaf extract.

Coca leaf extract is impossible for Pepsi to obtain because the Coca-Cola company imports their coca leaves from Peru through a New Jersey importer.

If you’re thinking that it’s a borderline narcotics trade, then that is not the case. Thanks to special exceptions in federal law, the transactions are taking place under legal supervision.

On the other hand, Pepsi compensates for their lack of coca leaf extract by adding citric acid to their formula, which is why there is a slight difference in both beverages’ flavor profiles.

Check out our other articles to learn if Dr. Pepper is a Coke product, if Coke goes bad, and if Coke whitens teeth.

Pepsi is a standalone brand that is owned by PepsiCo, not Coke, so you can think of the two as longstanding rivals in the carbonated soft drink industry.

In terms of history, Coke is older than Pepsi by about seven years and came into existence in the year 1886. On the other hand, Pepsi came in much later, invented in 1893.